Skyrmion vortex
Skyrmions align with a magnetic field in many kinds of ferromagnetic metamaterials yet to be discovered. The discovery of room temperature skyrmions means that they are everywhere, and constantly emerge and merge together naturally by forces of nature, in nanoscale and cosmic scale metamaterials structuring galaxies in the universe by electromagnetism. Skyrmions are magnetic vortex state swirls that form a crystal lattice. Monopoles of anti-matter spiral along magnetic field lines by 3-D vortex rotation. Anti-matter and matter together could be the fourth dimension of time, where both the past and future can arise or vanish, inside and outside innumerably many three dimensional skyrmion lattices. Every particle has it's anti-particle. Lattices usually are shaped differently by their symmetry for different molecules.

The "TETRAQUARK" is a stable particle composed of two matter particles and two anti-matter particles. The Standard Model did not have them, and it really shows that the properties of outer space are also largely unknown. 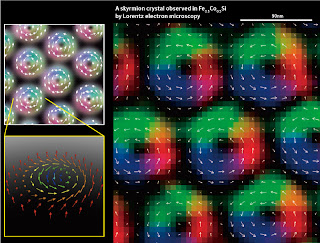 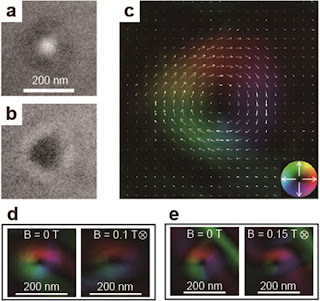 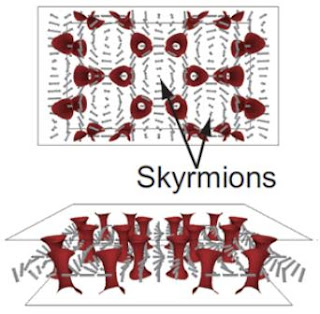 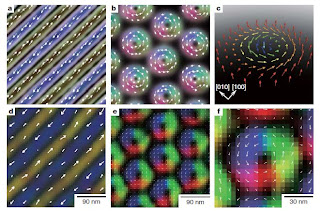 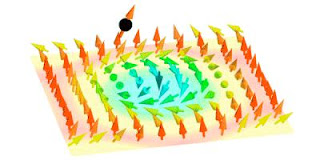 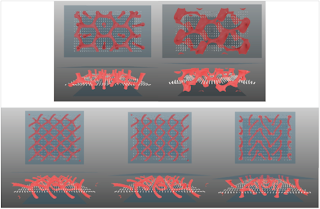 Ferromagnetic hot gaseous iron, which is ejected by supernovas, was discovered in 2008 to be a superconductor of electricity. Red colored iron in galactic ejection jets originates outside the accretion disk. The accretion disk rotates in a plasma skyrmion vortex. Stellar orbits around the galaxy are "locked in place" at a distance from the center by magnetic levitation above the accretion disk of a "black hole" comprised of superfluid helium. M.I.T. has proven magnetic levitation is anti-gravity by using mathematical equations. The colder the black hole, the larger it is, with higher helium purity. Only the accretion disk can be observed in all black holes, revealing that it's entirely an electromagnetic phenomena.

The broad iron K line X-ray emission is the accepted spectral signature of a rotating black hole, and the source hovers at some height above the accretion disk, says Chris Reynolds.  Supernovas eject iron and a galaxy is a collective organization of plasma stars, gases, and dusts.

The Milky Way's central region transports 10^55 Ergs of  magnetic energy outwards into the galactic halo, shows Carretti. Magnetized outflows follow the magnetic field lines. This enormous amount of magnetic energy is highly efficient at organizing cosmic scale nano-structures in cold vacuum, like in labs. That's 10 to the 55th power of magnetic energy in Ergs, which is genuine scientific evidence far more pertinent than all the dark matter cosmologies not using it. Any cosmology must explain it by using electromagnetism, instead of resorting to inventing theoretical dark matter and dark energy. The mysterious cold spots in the CMB are far older than the big-bang event, absurdly labeled as the birth mark of the universe, followed by the very first star formation millions of years afterwards. Stars require cold dense gaseous filaments to condense, which are the enormous vast cold spots in the CMB that preexisted the Big-bang.

The Milky Way's bubble of magnetic energy is equivalent to 100,000 supernovas, and most galaxies are nearby other galaxies in the universe. 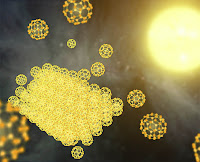 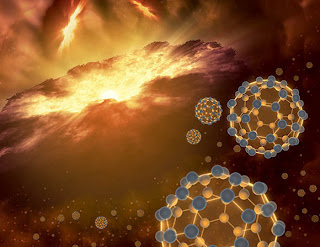