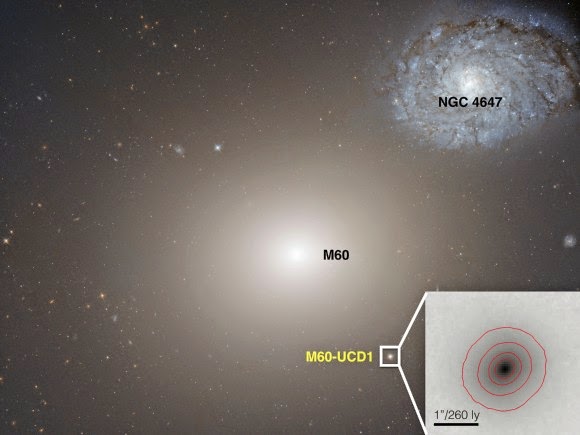 Dwarf galaxy M60-UCD1 is only 1/500 the diameter of the milky way, with far fewer stars, and a supermassive black hole five times more massive than our galaxy. The sizes and masses of black holes is all messed up because they are not real.

Dwarf galaxies like M60-UCD1 require the largest amounts of dark matter to explain their orbits. This galaxy must require at least one hundred times more dark matter than normal matter, because most dwarf galaxies have more mass, and need about a ten to one ratio. You might think with an enormous black hole inside such a tiny galaxy, that they might actually be able to observe a black hole for the first time? Never has a black hole been observed. By detecting Chandra telescope x-ray emissions near the galaxy center, the scientists have irrefutable belief based upon big-bang  dogmatism that another black hole exists in the center of another galaxy. 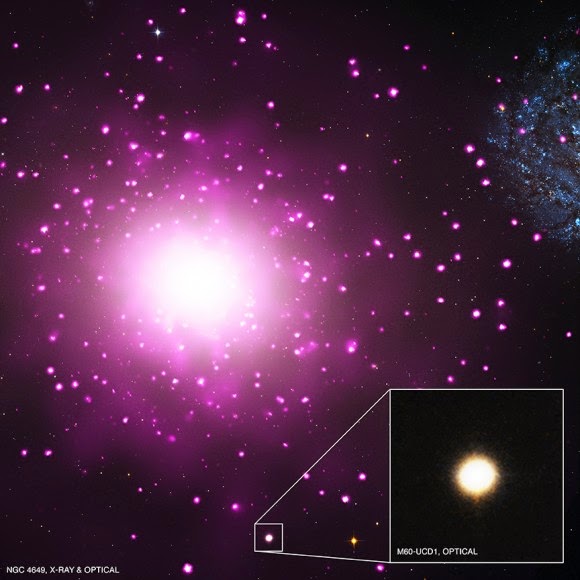 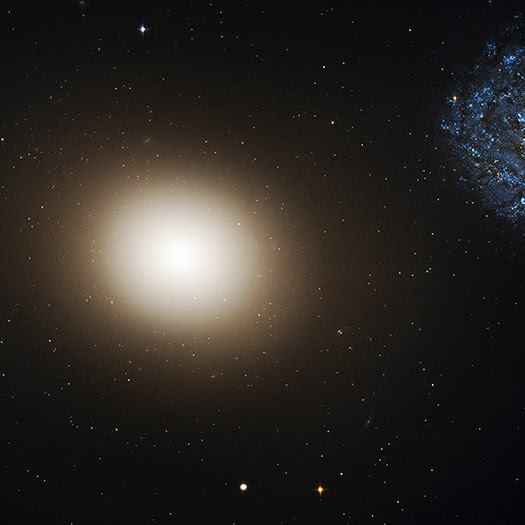 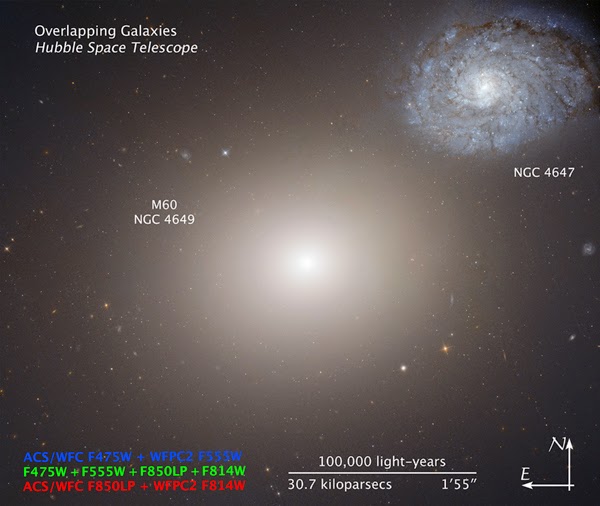 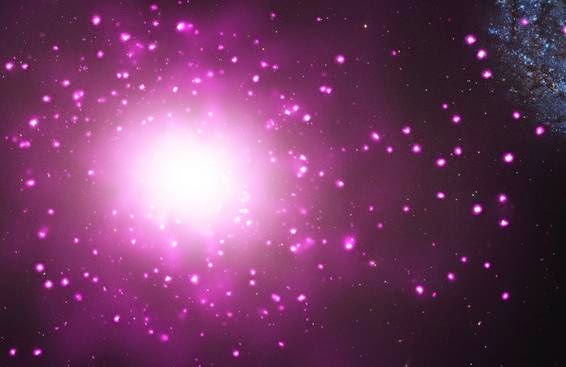 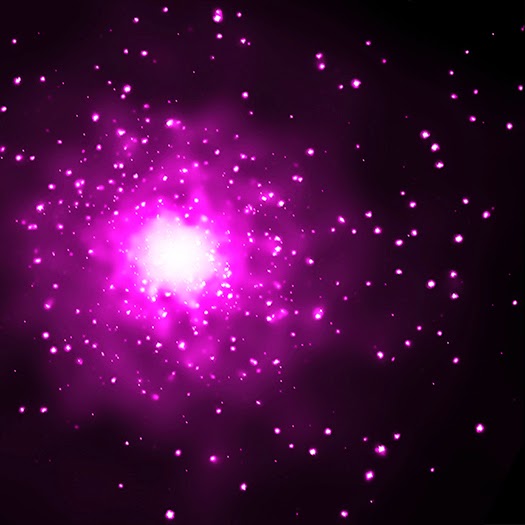 "The clincher will be if the team can find more black holes like it." Unfortunately, they can always continue to explain these kinds of things by impossible ways, and use more and different kinds of dark matter, to support the big-bang cosmology. 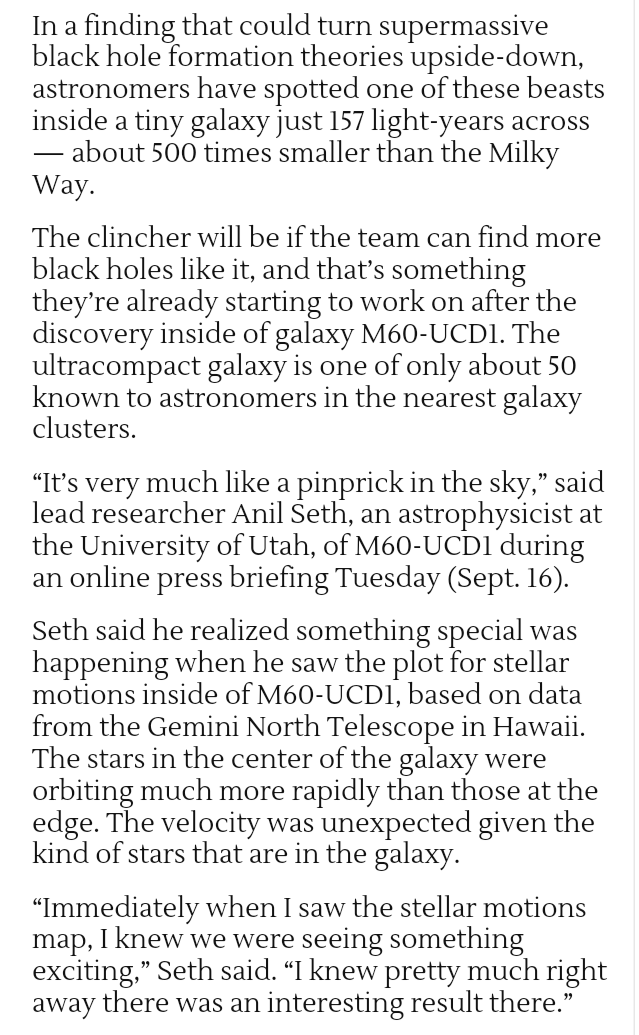 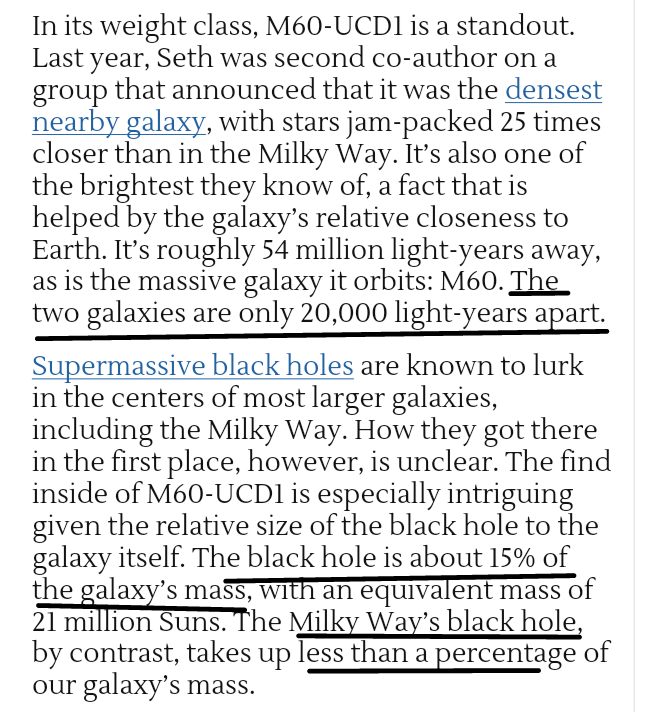 "The idea of extreme disproportional sizes of supermassive black holes existing in most all of the other tiny similar dwarf galaxies will not be widely accepted until the team makes more finds." 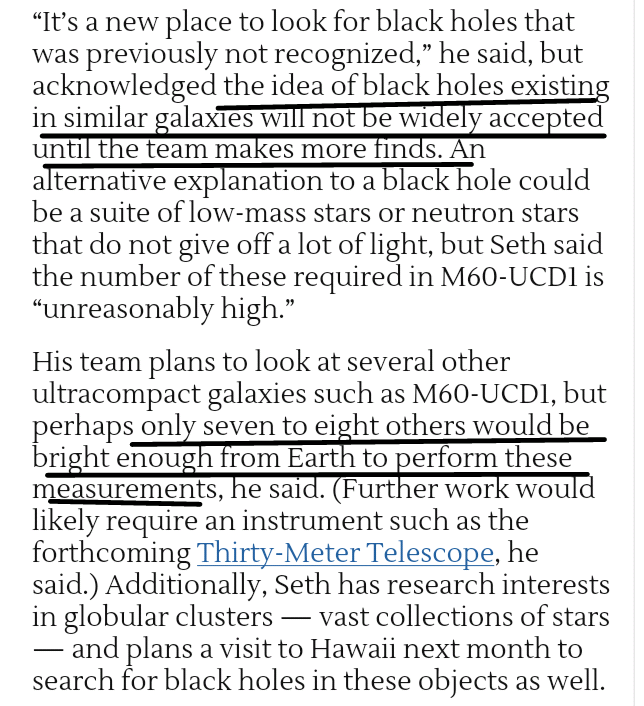 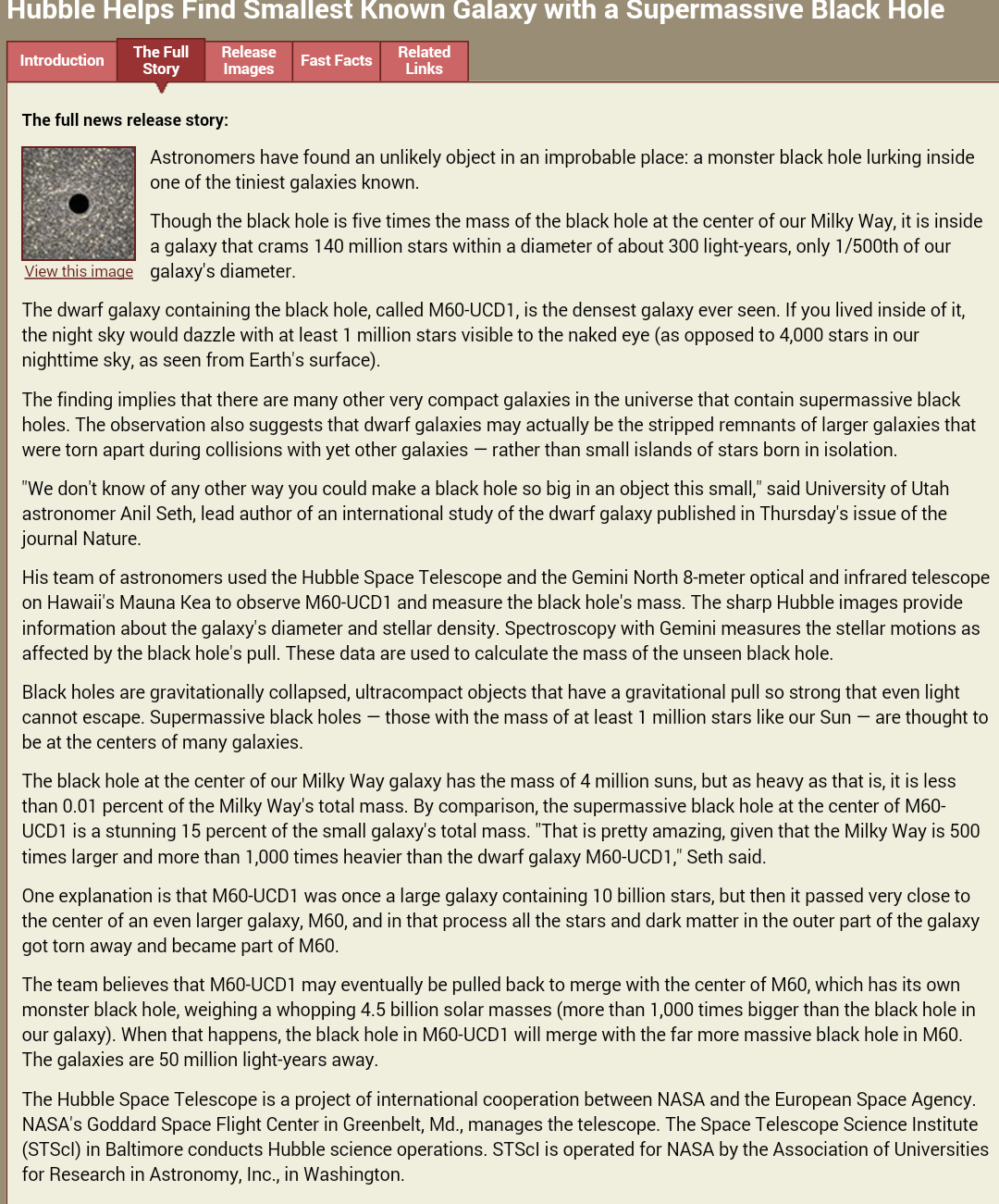 By creating two impossible scenarios, such as undetectable streams of dead neutron stars, the team reaches this conclusion:

"We don't know of any other way you could make a black hole so big in an object this small," said astronomer Anil Seth.

The favored scenario is that the tiny dwarf galaxy was a larger galaxy that was stripped of most of it's stars by passing too close to it's neighbor galaxy M60. M60 is only a little bit larger than the milky way, but with a supermassive black hole believed to be one thousand times larger than the milky way. Black hole sizes are extremely disproportionate to the sizes of their galaxies, because they do not exist. Magnetic field strengths are known to increase nearer to the galaxy center, and with dwarf M60-UCD1 being the densest star packed galaxy in the universe, it's no wonder that they think there's a monster at the center that they can't explain.