Univ Bonn Pawlowski team's Milky Way Animations reveal that companion satellite galaxies, young globular clusters, star clusters, loose gases, and dusts, are all north-south bipolar geometric properly aligned with the galactic disk of the milky way, beginning about 33,000 light years from the center of the milky way, and reaching out over 1 million light years. The milky way's disk is about 100,000 light years in diameter, and 1,000 light years thick. 98% of the stars are in the galactic disk where they form inside filaments, with only 2% of known visible stars in the halo. Galaxies are complex geometric shaped fractal plasma structures that form and interact by electromagnetism under many different adverse extreme conditions. Galaxies all have similar properties and characteristic shaped patterns found in type II superconductors, where the magnetic field is not completely excluded, but is constrained in filaments within the material. Filaments are the normal state, and are surrounded by a vortex state. The sun's heliosphere is an electric current sheet that is a vortex state, and stars form inside galactic spiral arm filaments. The "material" is the interstellar medium ISM, and the magnetically constrained galaxy filaments contain the stars orbiting the "center of the galaxy." Filaments explain why outer and inner stars all orbit a galaxy center at the same speeds, without requiring phony dark matter and black holes. Laser beams help stabilize plasma laboratory filaments, so laser beams from galaxy centers also stabilize stellar filaments. 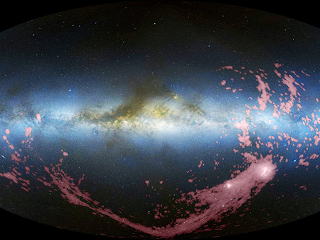 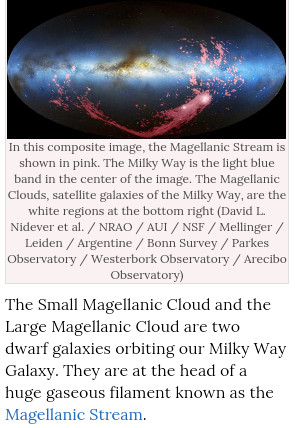 Fine-structure constant cosmic dipole: The milky way's bipolar disk structure alignment extends farther out, into the Virgo supercluster, that extends into supercluster groups, and hyperclusters found by Shawn Thomas. The universe is fractal both in nature and outer space plasmas. What amounts to a millisecond in plasma labs, is scaled to millions or billions of light years in outer space electromagnetic phenomena.