Practically all gas observed from earth near many hundreds of quasar centers, moves outwards and away from the inferred location where unproven unseen black hole AGN's supposedly gravitationally reside. Previous studies found most all hot gas exits and only cold gas filaments enter the inferred center regions of galaxies, discrediting the accepted cosmic expansion mostly based on the alpha lyman hydrogen redshift interpretation of galaxies. 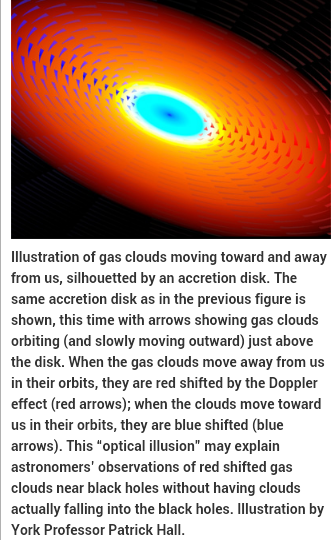 Interpretative distortion of observations by citing an optical illusion, when the facts show that most all quasars have no blue shift, just high redshifts. Clouds don't orbit a black hole, or equal ratios of blue and red shifts would be detected, and incoming gas would not be extremely rare. 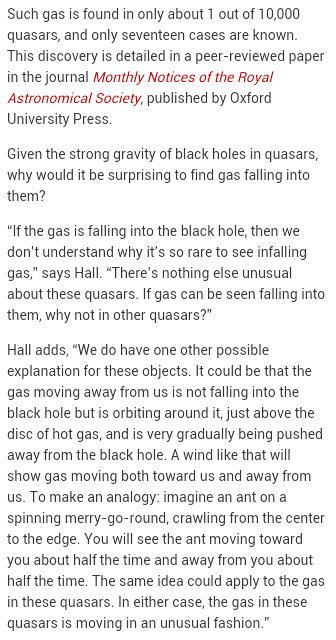