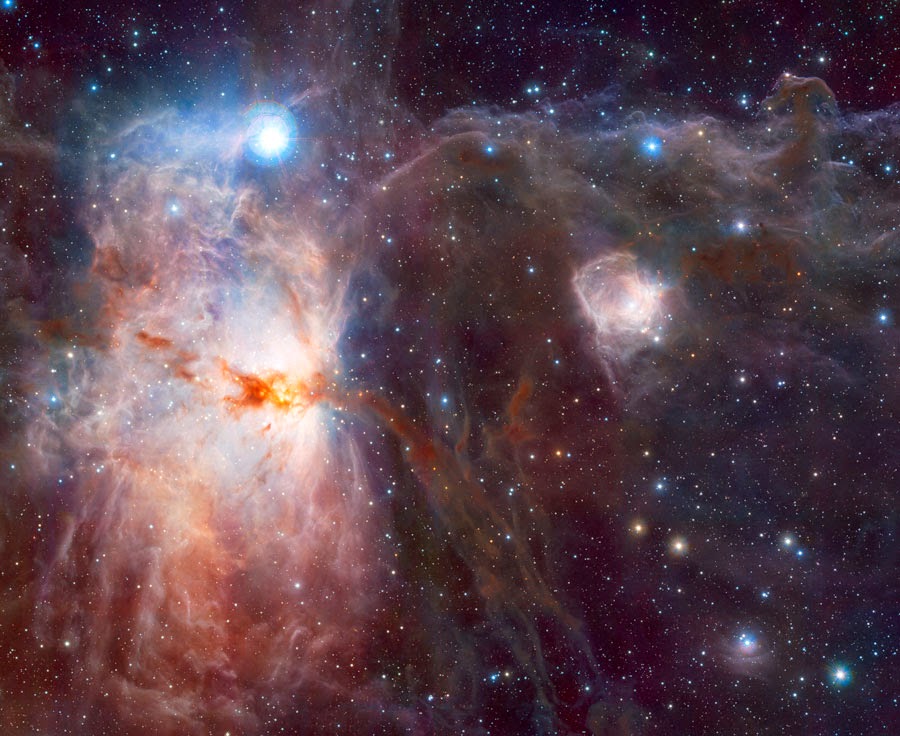 Magnetic fields are far stronger and more important than gravity in forming stars and galaxies. Contrary to black hole propaganda, magnetic fields increase in strength the nearer to the center. There just is not a gravity center of mass to earth based reality in outer space.

Magnetricity or magnetic currents in new cosmological models explains how magnetic fields reach exact equilibrium counterbalancing strengths with gravitational forces and cancel out to produce magnetic levitation using mathematics that analog Keplers laws of planetary motion. Magnetic field strengths and electric current voltages must actually increase the closer we get to the theoretical black hole center. Gas clouds are believed to magnetically levitate in regions near black holes where magnetic field strengths reach 10,000 times earth's magnetic field stength, like in MRI's. 76 black holes measured for the first time have scientists Alexander Tchekhovskoy and Mohammad Zamaninasab at Max Planck Radio Astronomy in Germany, strongly suggesting a complete re-evaluation of black hole theories. Gravity black holes are clearly a dogmatically wrong theory. Big bang cosmology is based entirely upon gravity, and dies when the truth is told that ELECTROMAGNETISM IS AT LEAST EQUAL IN STRENGTH AND IMPORTANCE TO GRAVITY, even near a supermassive black hole, presumed to be gravitational. Electromagnetic forces are commonly known to be far stronger than gravitational forces. 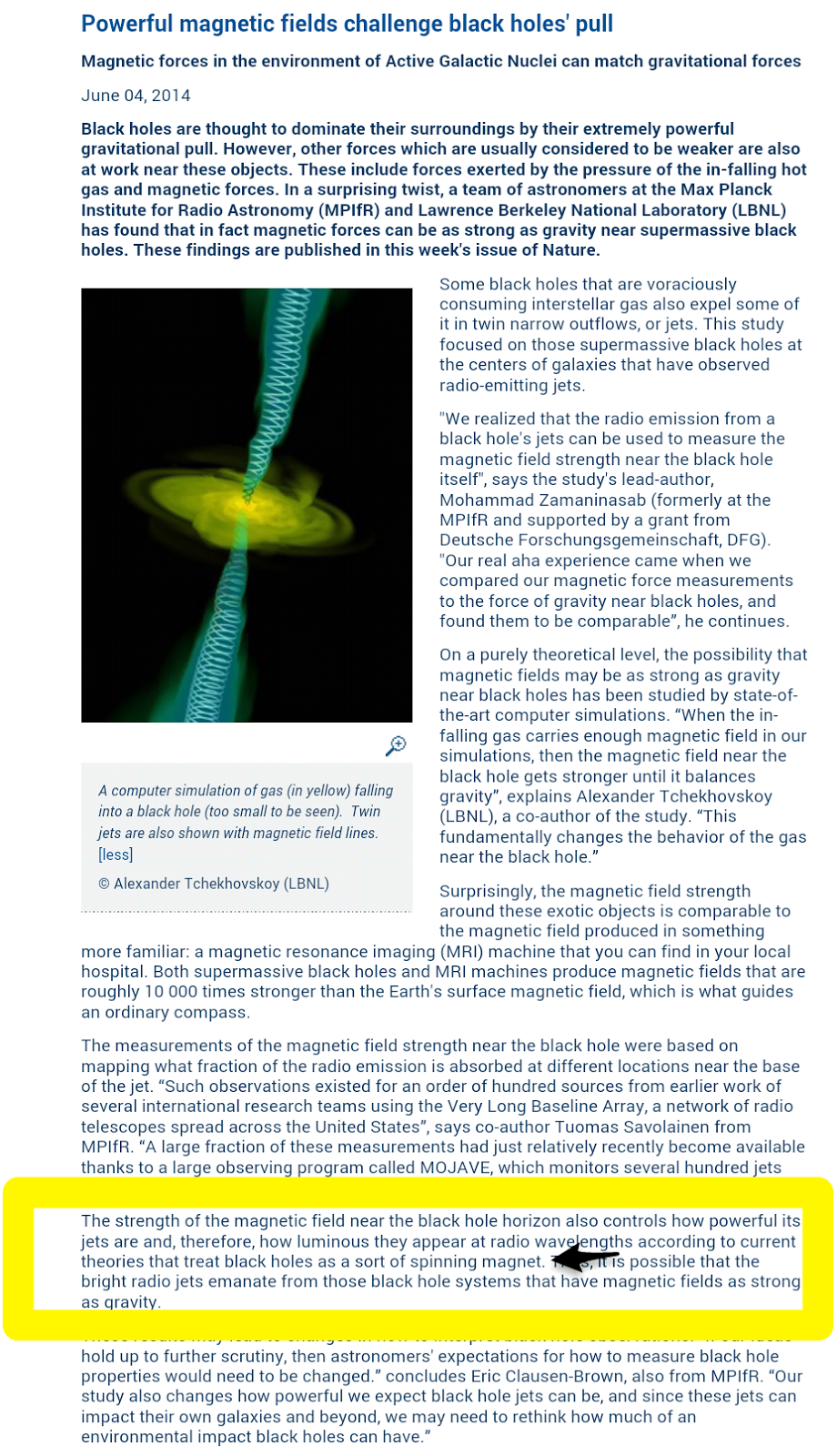 Black holes considered as spinning magnets or strange exotic supermetals, surrounded by magnetized magnetically levitating gas clouds, as the scientists suggest, explains away the center pull singularity of gravity theory, to be magnetic currents in magnetricity. 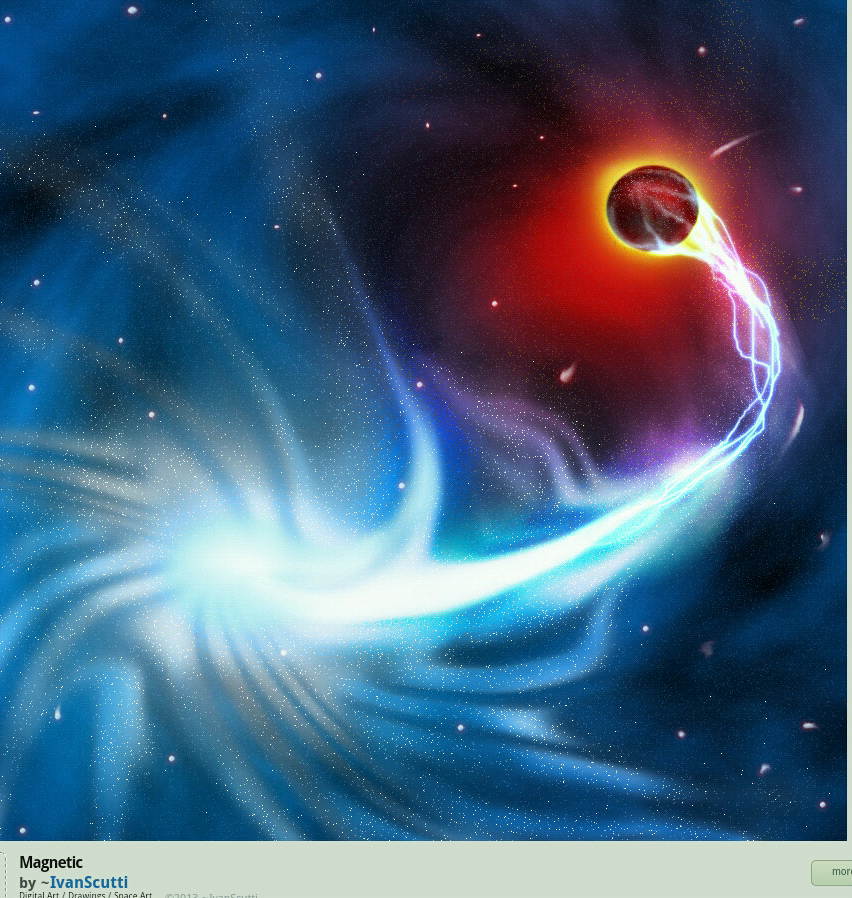 Magnetic field strengths logically increase the closer we approach the galaxy center, until canceled out by other forces near an extremely dynamic changing moving center. This is an important scientific contradiction to gravitational black hole theory.

Magnetic vortex in mercury. The Electric current in the wire causes visible light flashes. The electric current spins (like a galaxy's jets) the magnetic vortex mercury center or (inferred postulated black hole of gravity). Jets are studied in complex plasma physics, and found to control the rate of spin (of a black hole) at the galaxy center. So a black hole of gravity cannot be shaping the universe, because the electromagnetohydrodynamic forces of vast  jets control it's spin rate, without gravitational collapse producing the jets as purported by commonly accepted big-bang dogmatism, read third and fourth hand in papers and believed as science by dark matter trolls. 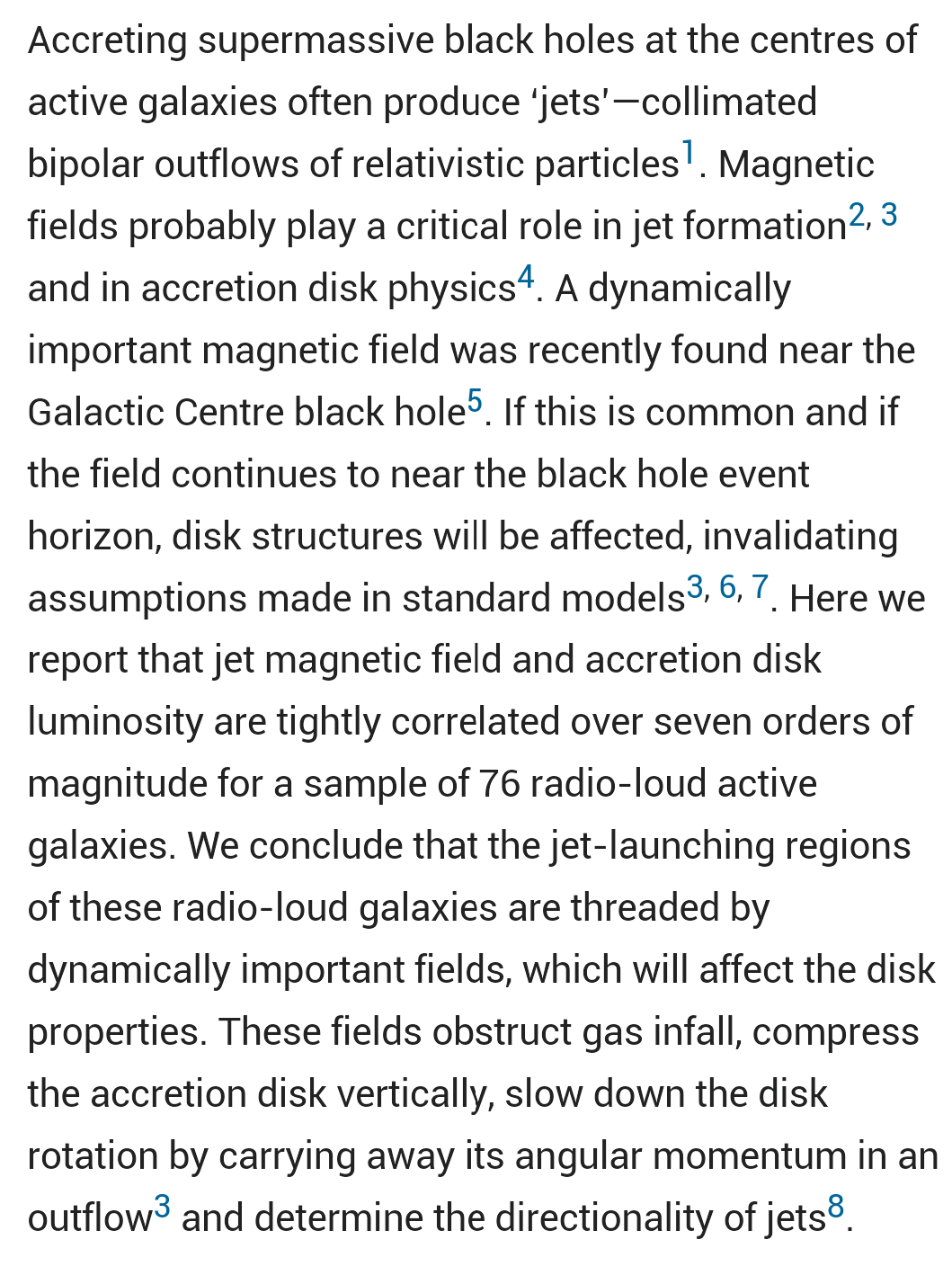 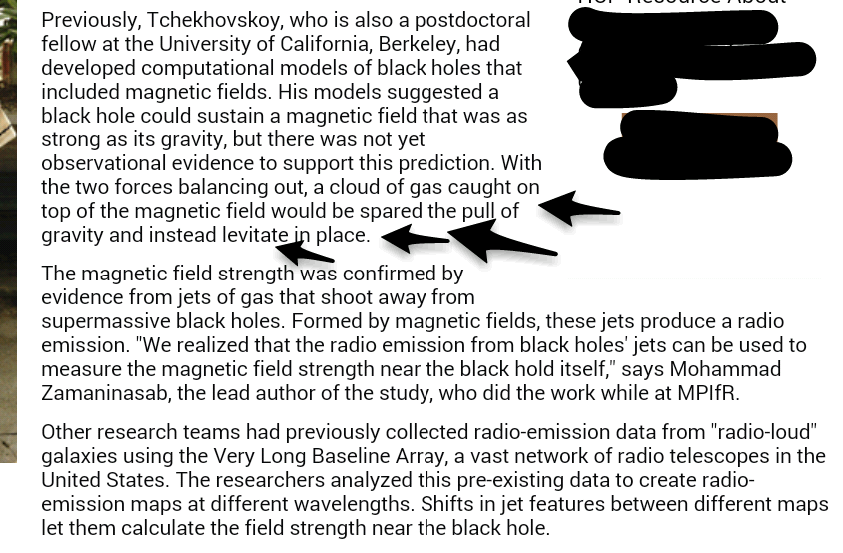 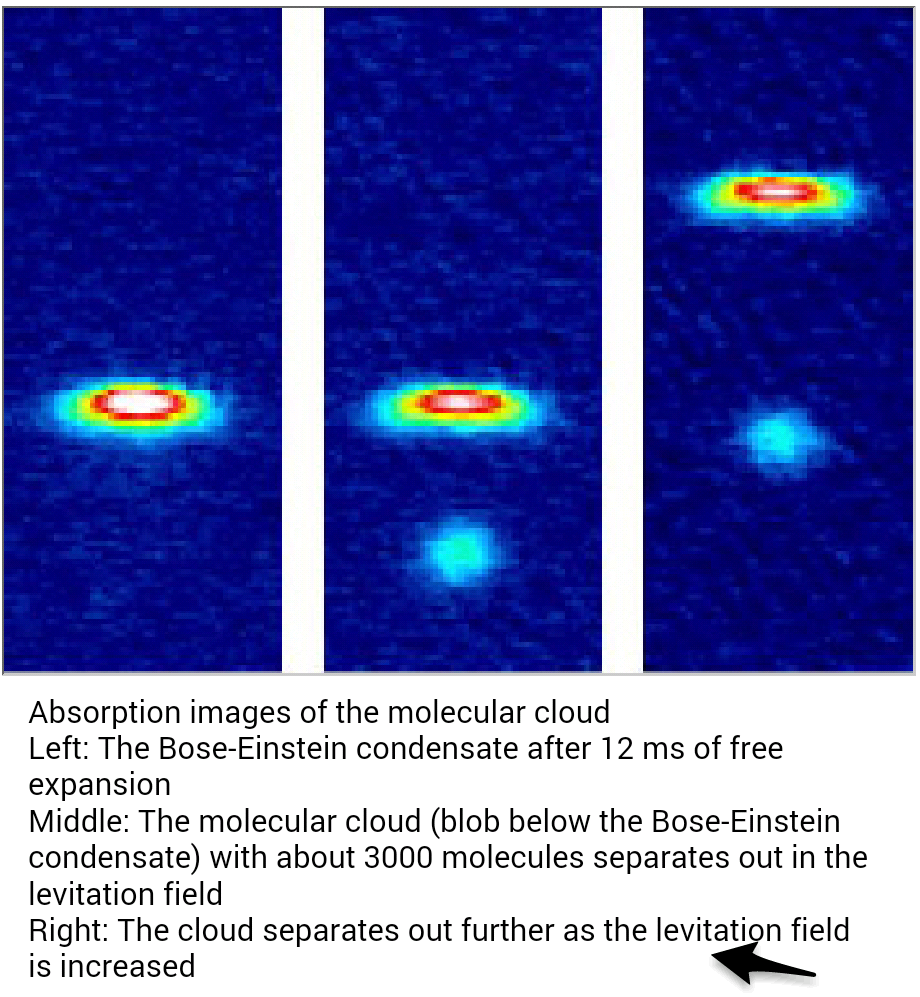 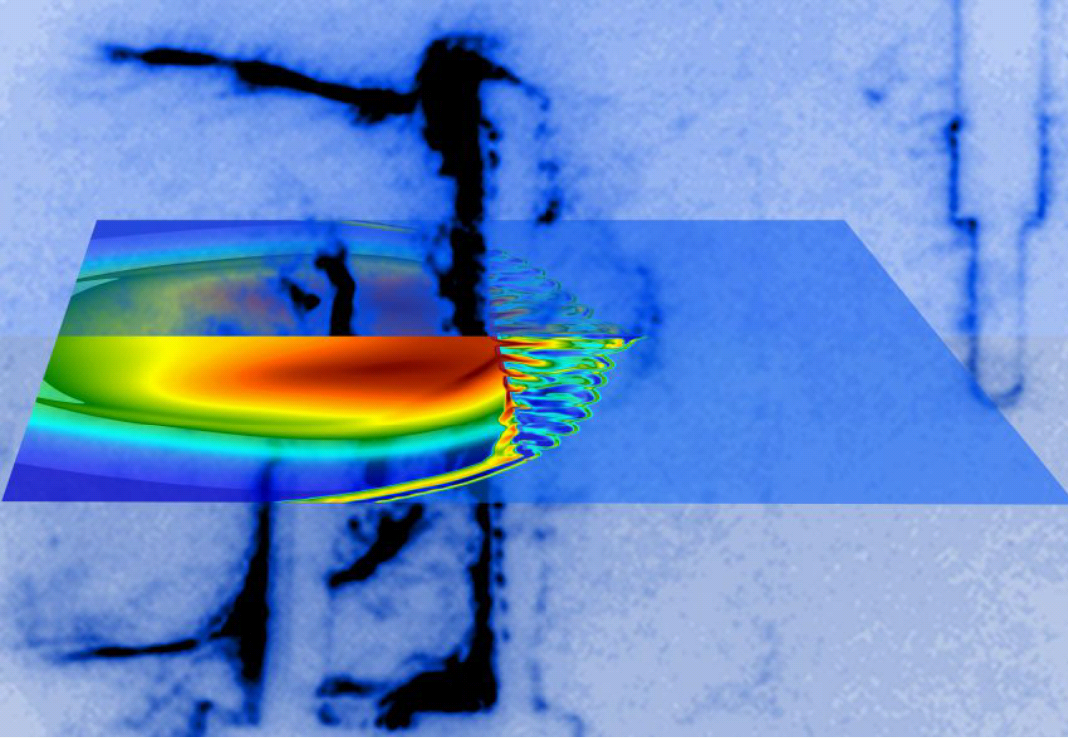 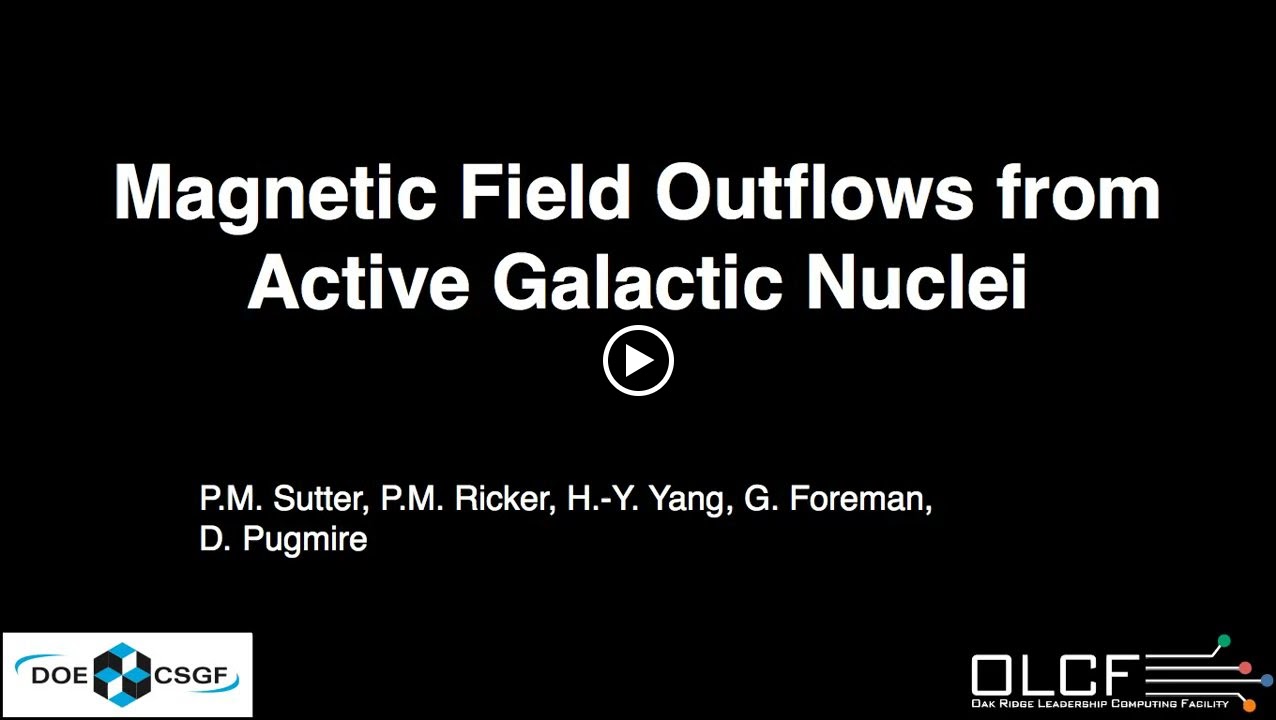 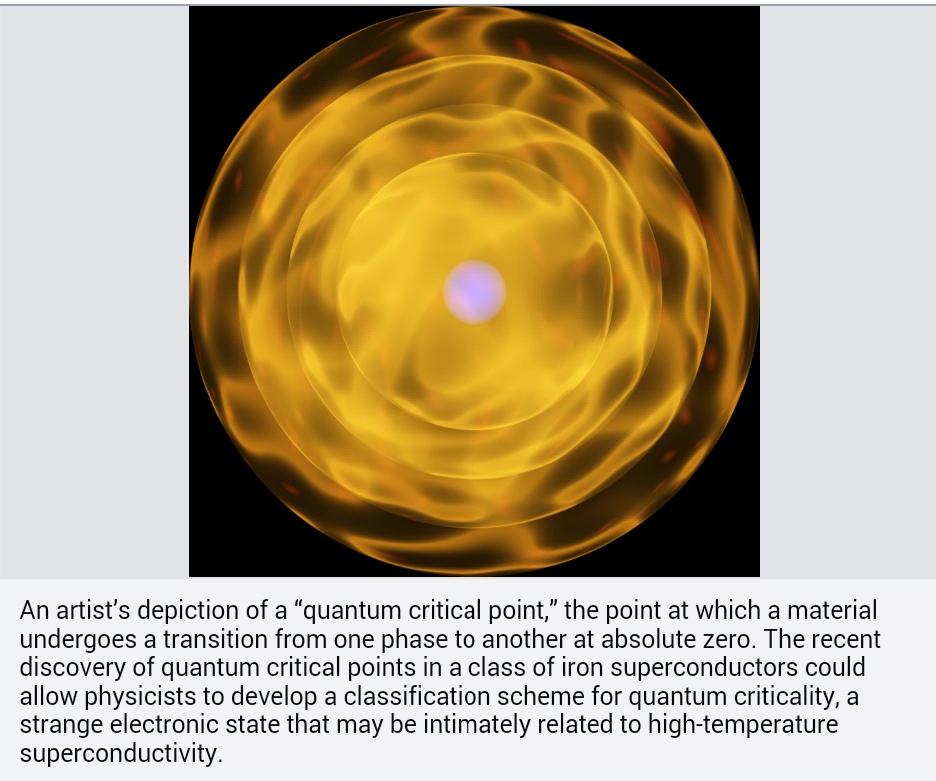 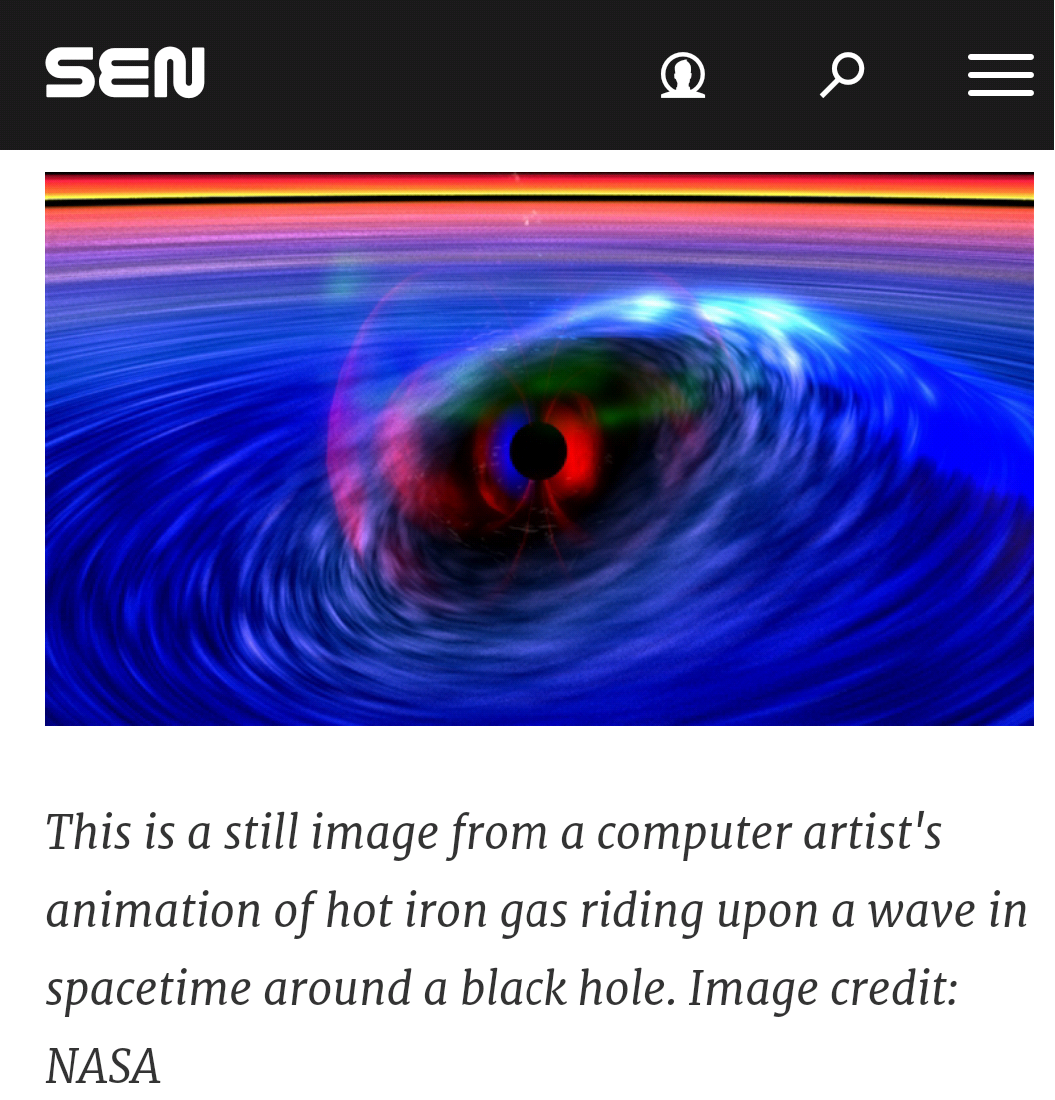 Magnetized Iron from supernovas could be magnetically levitating to form an accretion disk around the galaxy center.