The Big-bang and inflation theory suffer very serious damage to their credibility, with the far strongest proof yet that the 900 million light year across Eridanus supervoid causes the cold dark spot in the CMB. Inflation is impossible, the universe did not blow up from a dense hot singularity, or this rare enormous cold supervoid would not be located where the cold spot is on the CMB. Eridanus's enormously large volume of space, along with intricately ordered colder inner filamentary connecting structures, obviously refutes the foolishly held belief in a hotter and younger aged big-bang singularity theory, which makes inflation impossible. Cold supervoids strongly support the Big-chill cosmology with phase changes for all atoms, like He4, He3. Ultimately every atom gets so cold it becomes a superconductor of friction free electricity throughout the universe with electrical plasma shock waves and magnetic fields happening throughout the eons of time. 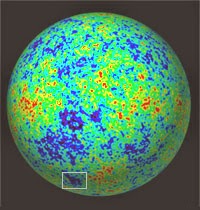 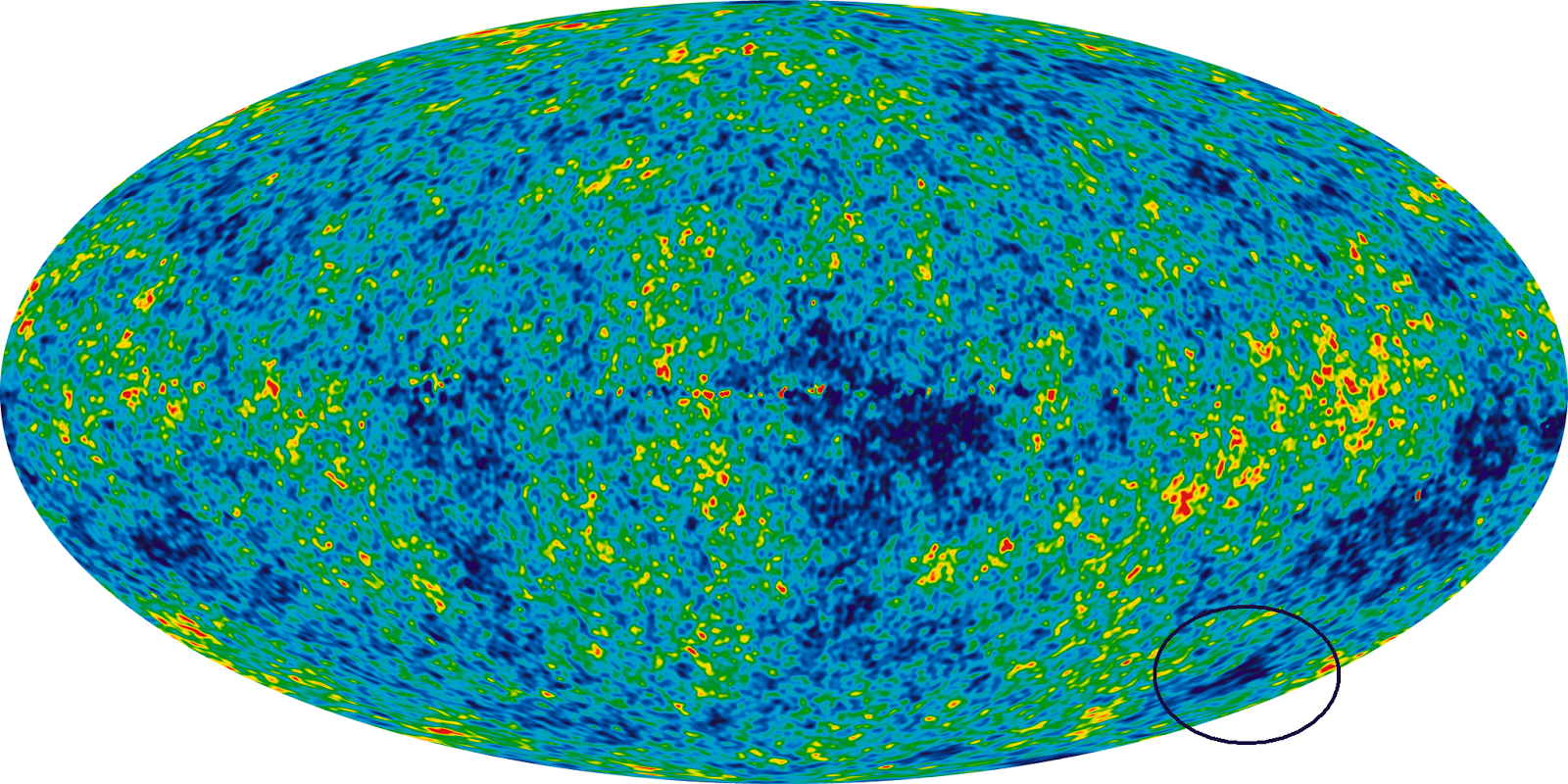 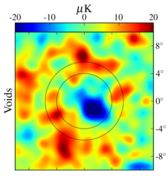 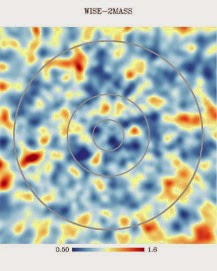 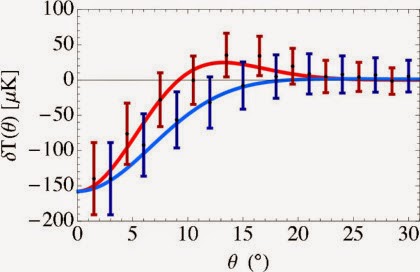 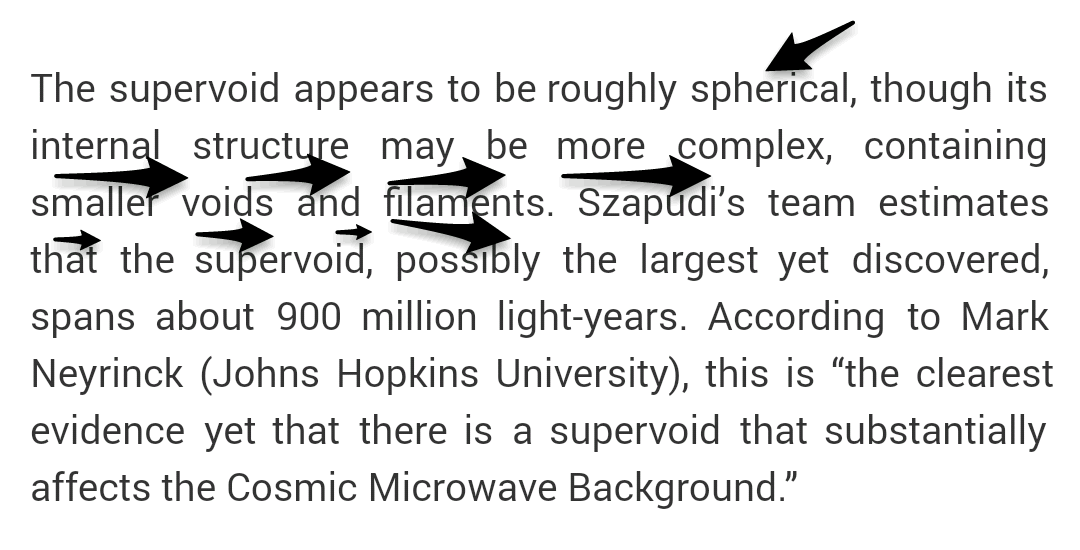 The supervoid appears to be roughly spherical, with a more complex inner filamentary structure containing smaller voids and filaments. The structure is far older than the age of the big-bang itself. 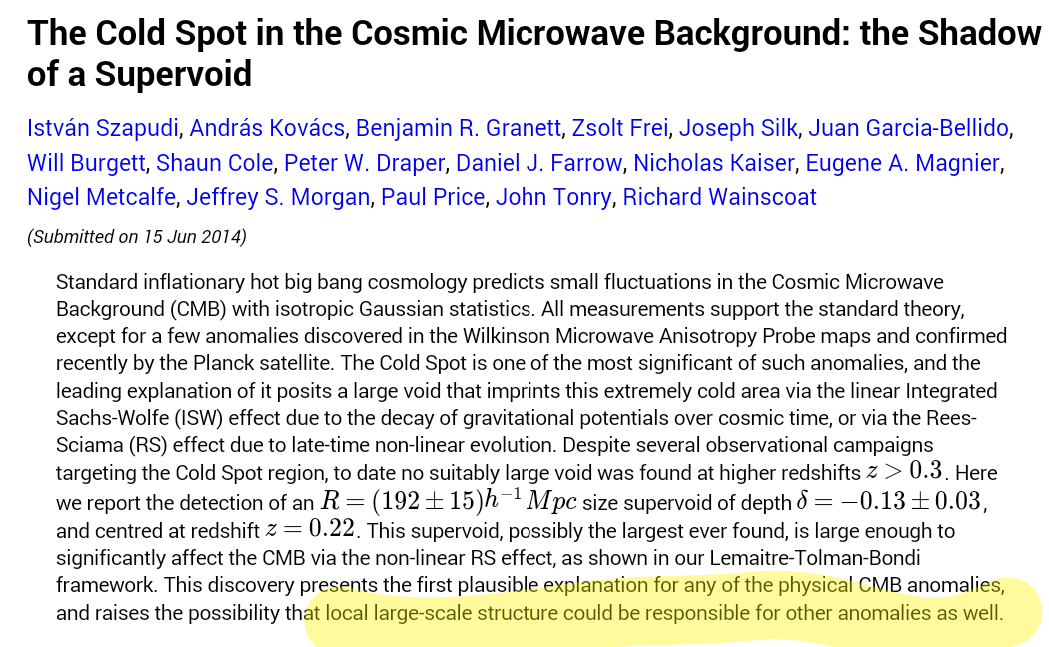 This anomaly is of enormous magnitude and cannot be explained away by big-bang dogma cosmology theory. Other supervoids are locations of cold spots on the CMB that also prexisted the phony big-bang. Clearly the Big Chill cosmology of phase changes, plasmas, and superfluids, under extreme electromagnetic conditions shapes and forms the universe. 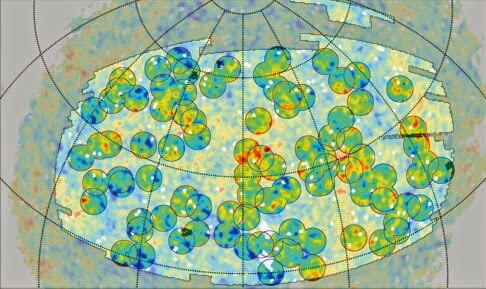 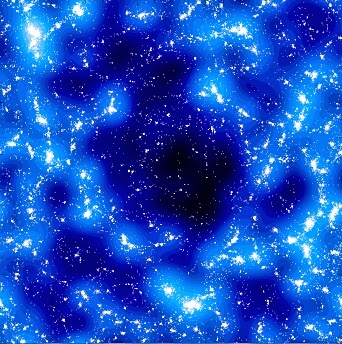 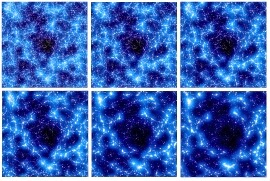 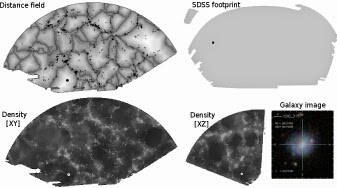 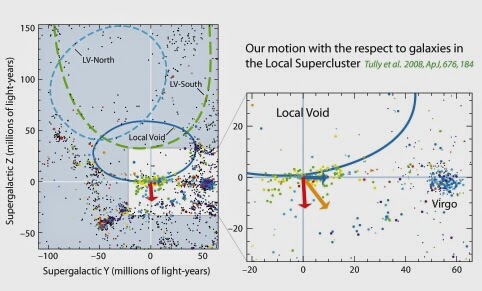 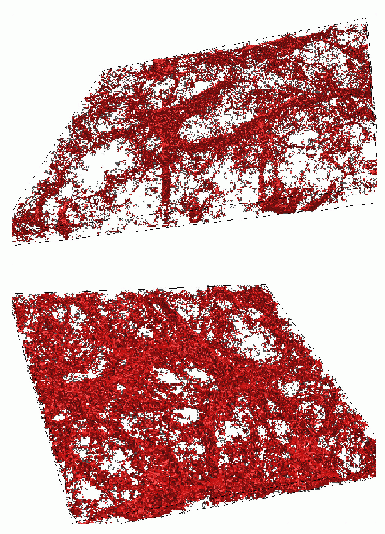 The cosmic web is modeled by alpha shapes that literally explains and replaces the receding redshift interpretation of expanding galaxies by plotting the centers of voids that each galaxy orbits around on the outer surface of a plasma magnetized bubble. The work is precise enough to explain away the big-bang. 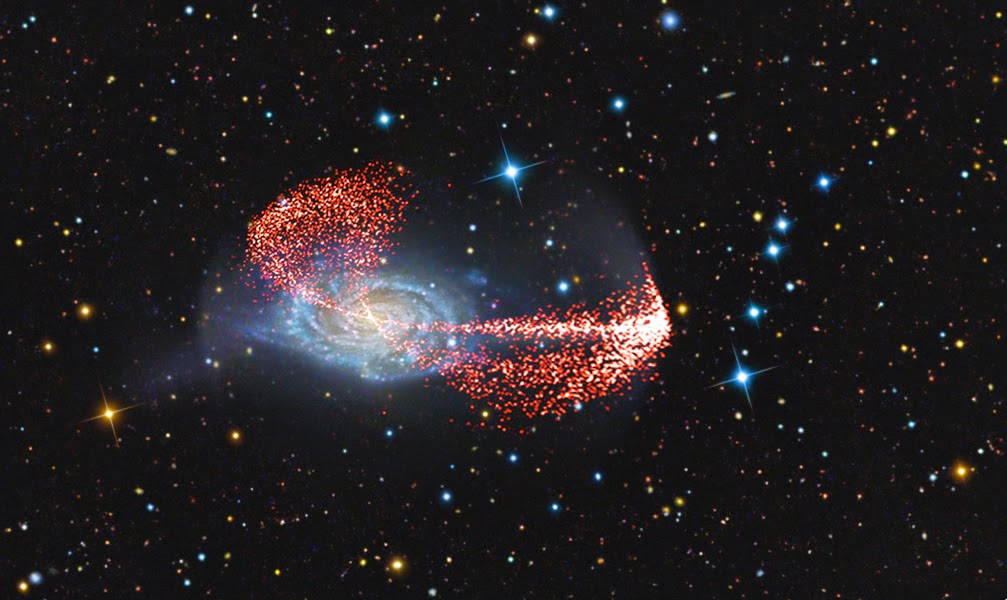 Stars stream in filaments like beads on strings on the surface of spherical shaped cosmic bubbles. The wrong interpretation is that these star streams are "tidal tails" produced by a gravitational collision of galaxies.