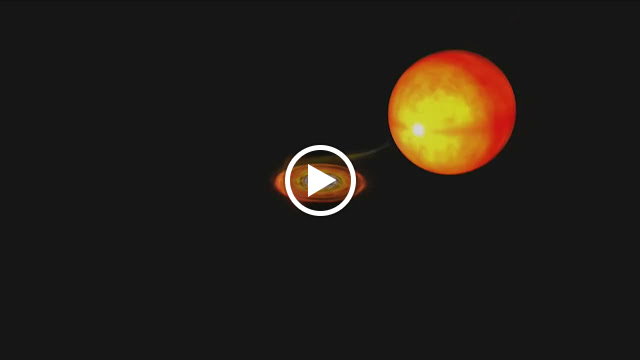 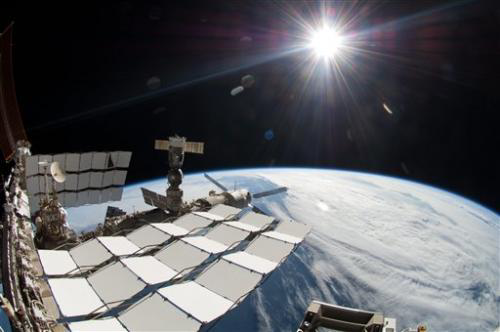 The Alpha Magnetic Spectrometer onboard the ISS detected either (1) pulsar phenomena, which involves electromagnetic superfluid phase change behaving plasmoids and complex plasmas, or (2) Their own dark matter, depending on their test results on whether the spin will be opposite that of pulsars. It's ridiculous to say what looks like a duck, walks like a duck, quacks like one, could be another animal. Two months is a long time to wait for the results, but I dread how they will still purport new dark matter theories that won't require anti-matter annihilation, which the accepted CDM model does and is being directly challenged by new physics. New physics of findings strongly suggest that pulsars, which have a superfluid phase change of matter, is unlikely actually a "neutron star" with a superfluid core, but rather helium2 and 3 core remnent producing incredibly large and strong magnetic fields, that are shaping galaxies and star formation in the universe as supernovas that produce enormous electric fields and magnetic shocks that form alfven waves in plasma mediums. The father of MHD, called Magnetohydrodynamics, was Haanes Alfven. MHD involves superfluid states of matter, at both extreme hot and cold temperatures, and complex plasmas and plasmoids, like nebulas and neutron stars. 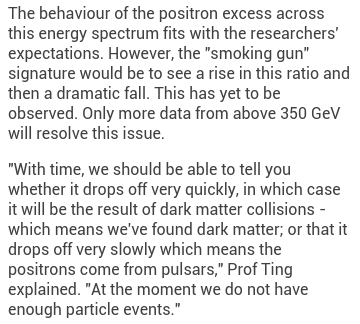 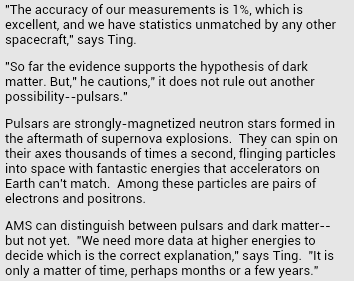 We knew all along, and predict that the positron curve plot will prove that pulsar phenomena is producing their dark matter detection findings. New physics phenomena means an end to dark matter as the missing gravity shaping galaxies. Finally better more powerful technological telescopes are seeing how dark matter is incorrect cosmology. All phenonema is electromagnetic in the universe, and Maxwell's equations never had a gravity component nor what they call a secondary pseudo-force of gravity arising from other fundamental forces. 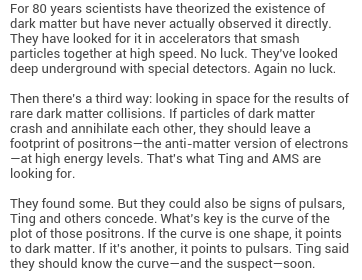 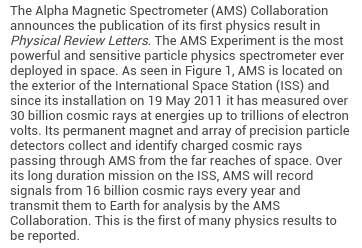 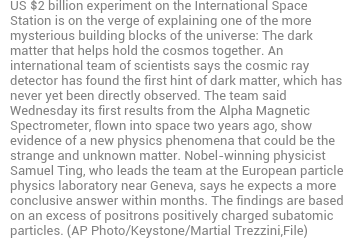 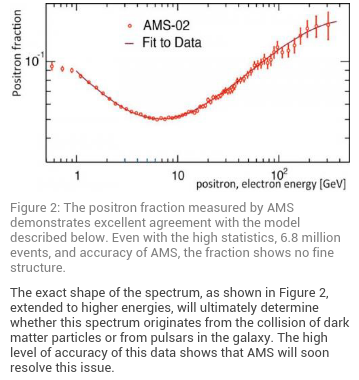 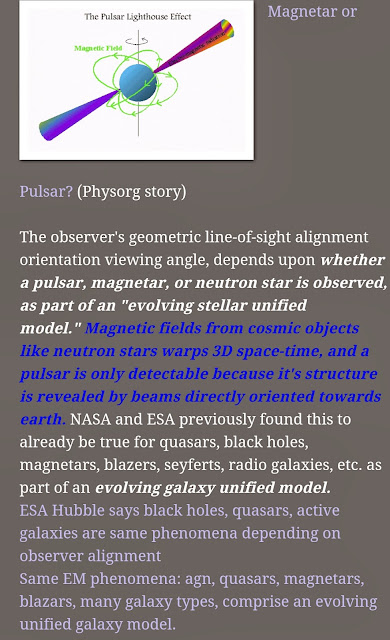 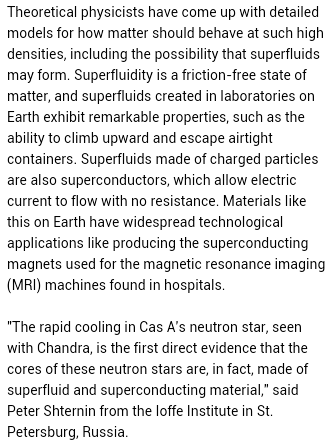