Space-time crystals are being designed for computers by cooling an ion ring to its ground state of lowest quantum energy, which is possible in the near future, says Xiang Zhang in Newscientist that a computer could outlive the universe, and in Arxiv paper "Space-Time Crystals of Trapped Ions". Electrons continously rotate without resistance friction-free in a superconductive ring near absolute zero serving as a time crystal if electrons could be made to flow separately rather than in a continous stream, ensuring a fractal repeating quasi-crystalline pattern. An ion trap holds charged particles in place using an electric field that causes the ions to form a ring-shaped crystal. Extremely cold ions repel each other by Coulomb repulsion, and applying a weak static magnetic field causes the ground state ions to rotate forever, even when the electric and magnetic field stops. The space-time crystal they say could outlive the universe, if a cold death entirely depleted the universe of energy. Longo has shown that the universe began or was born spinning on a rotation axis. Galaxies model as superconductors of electricity by not using fake black hole gravity galaxy cores. Hydrogen as H6 is a superconductor of friction-free electricity, that mimics the same structure and electrical properties of the best and most famous known electrical conductors: carbon nanotubes as graphene, and silicon as silicene. H6 in an ion trap could spin electrons for a cosmic-scale space-time crystal. These are three of the most common atoms in the universe having different transitional forms and exotic superstates by electromagnetic phenomena, providing proof of an EM universe, with ideas far surpassing believed gravitational fiction of the big-bang 14.3 billion years ago. Time crystals refute the age of the universe, and the big-bang theory. Our solar system bubble may be in a ground state, and supernovas display excited states or quantum jumps like a giant fractal atom that's becoming ionized and releasing particles and magnetic energy. Jupiter's trojan asteroids are moons orbiting Jupiter and the sun, having stabilized orbits from Jupiter's electric field. Trojan asteroids exactly analog electrons in the Bohr solar system atomic model. Could the future and past be "spin"?  Spinning galaxies produce anti-matter, which is opposite spin, causing magnetic frame-dragging effects. 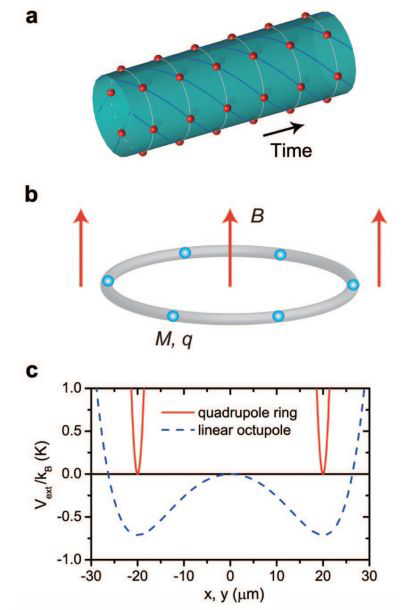 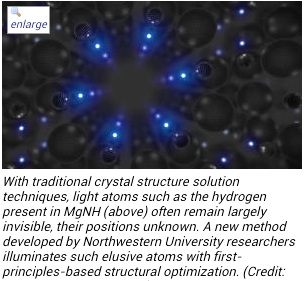