A classical explosion by a two wave plasma collision, and not the phony big-bang interpretation, better models the hubble expansion of galaxies, and the warping of space-time, shows Joel Smoller and Temple on their own website. 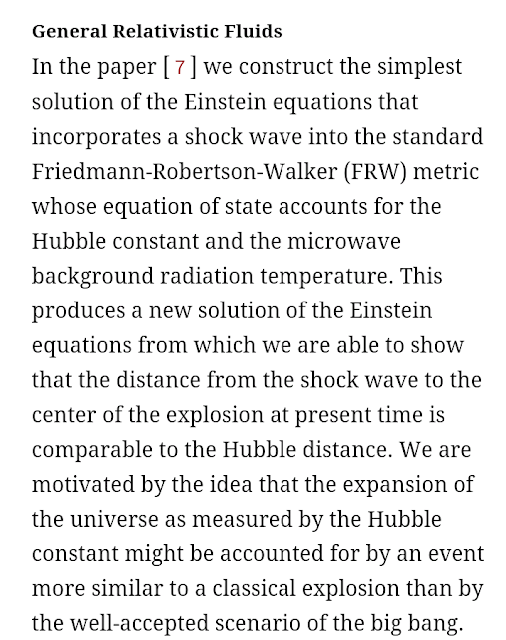 Smoller shows that the distance from the shock wave to the center of the big-bang's explosion at present time is comparable to the Hubble distance. Supernovas produce shock waves that warp space-time. Plasmas in outer space behave like exotic superfluids. Dusty plasmas are where stars form in a galaxy's spiral arms. The greatest effects of plasmas are not heating, but bulk kinetic energy as the collective movement of a bulk of particles in a direction parallel to the magnetic field. "Teasing out the motions of plasmas will enable scientists to describe the laws of motion that govern the entire universe," says NASA scientist Wilson, who's team recently studied solar CME's and bow shock waves.  The new NASA paper by Wilson is Observations of electromagnetic whistler precursors at supercritical interplanetary shocks." Instead of gravity, 99% of the universe is actually governed by rules that react to such common things as magnetic force and electrical charge. The material that saturates the universe comprising stars and voids is plasma. A new type of plasma called the whistler wave moves faster than theory predicted, driven by electrical instabilities in the plasma. Whistler waves in CME's or coronal mass ejections are almost as large and massive as the bow shock itself. Regularity singularities could form within stars as shock waves pass within them, says Temple, who is now investigating whether the regularity singularity could produce gravity waves (if only they could stop looking for gravity). Temple's paper is "Points of general relativistic shock wave interaction are regularity singularities where space-time is not locally flat." 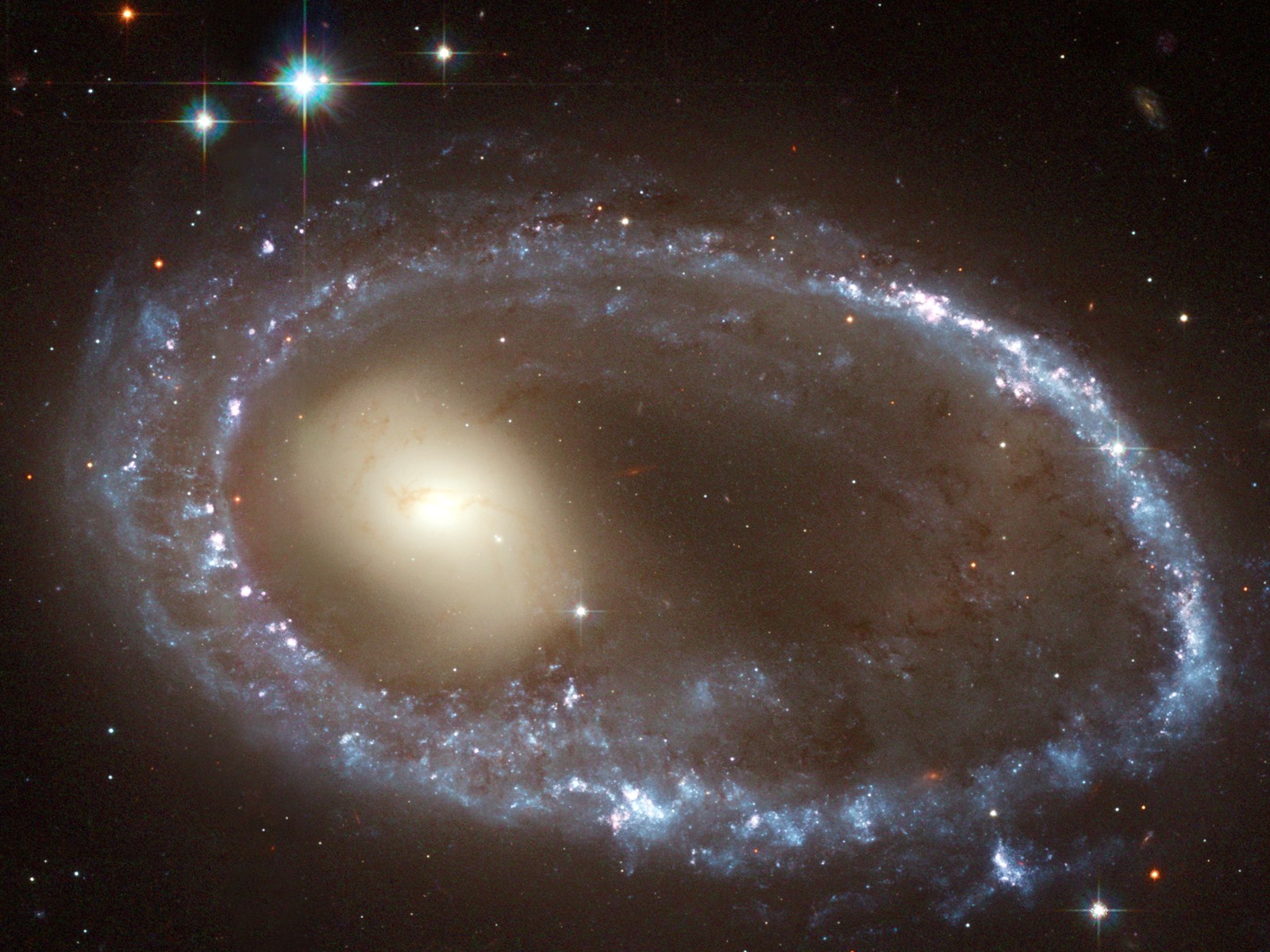