Protoplanetary solar system disk from star TYC 8241 26521 is only 450 light years away, and between 2008 and 2010 it gradually vanished from our observation. Scientists have very poor explanations that they admit are extremely unlikely, ignoring the likely hood of instrument detection failures and line of sight observation. A possible explanation is that a technological advanced alien civilization destroyed the solar system about 448 earth years ago. If they possess near light speed traveling capabilities, and headed for earth right after destroying the disc, they could reach the sun by now, or in a few hundred years.

Carl Melis, the disk discoverer scientist kindly wrote me back, saying "We had considered a scenario like you propose. The best evidence against such an alignment is that if the disk were perfectly edge-on such that it blocked out its own light, then it would have to also block out the starlight as well. As shown in the supplemental section to the nature paper, the star has not shown any variations in brightness." 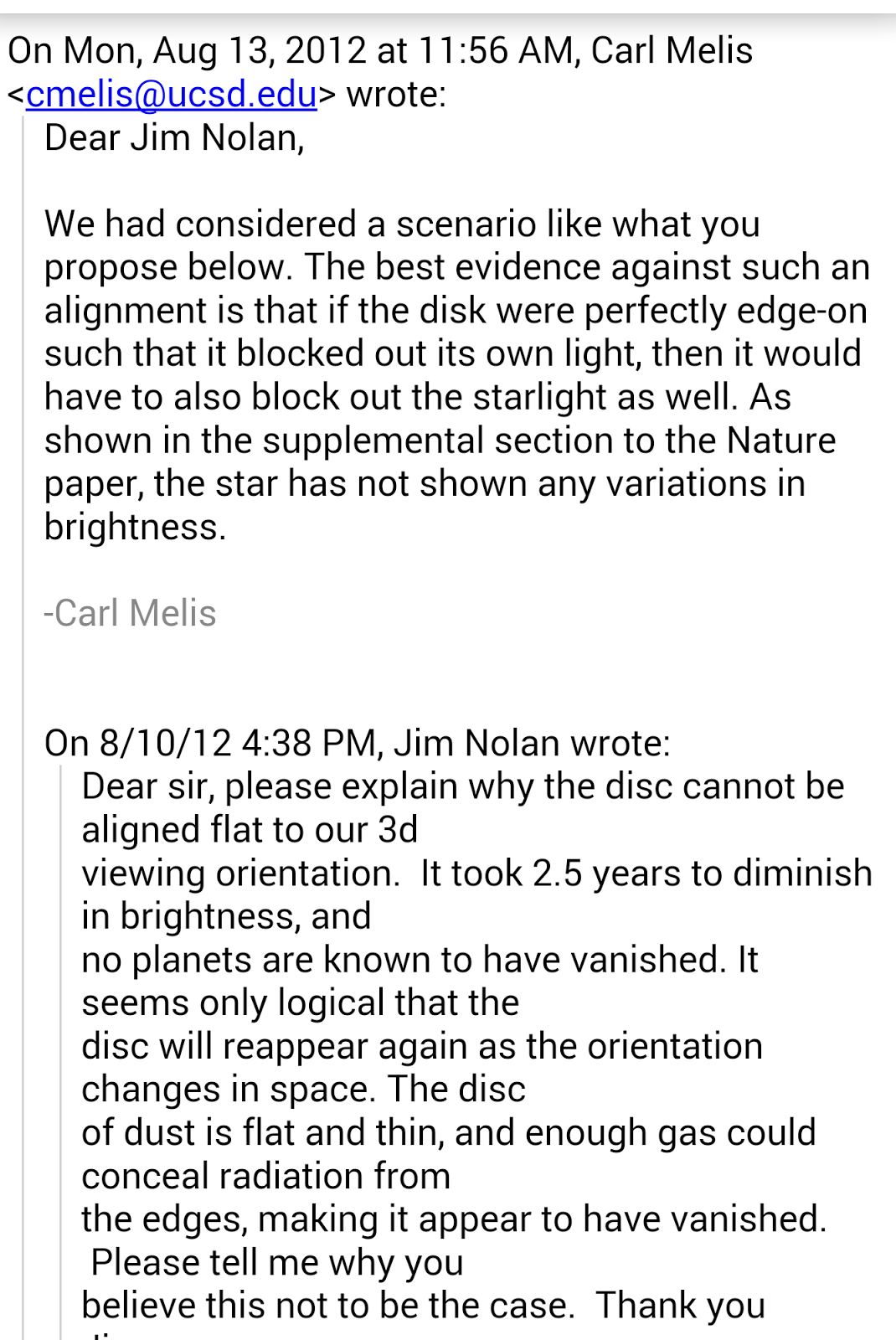 If this is not true, then expect the disc to gradually become visible again in a few more years, by simple logical scientific reasoning. Here is why:
In 1983 IRAS Infrared Astronomical Satellite observed a large dust cloud surrounding this sun-like star, believed to be a protoplanetary disc that forms planets. In 2008 using infrared at Gemini South Observatory in Chile, the disc looked the same as in 1983.  However, beginning in 2009, the dusty disc was only 1/3 as bright, and in 2010 WISE observations showed the disc was entirely gone and has vanished. Let's be real about objective reality (cosmology) and not say this cloud vanished, like the scientists interpretation. It was 1/3 as bright in 2009, and now it can no longer be seen or detected, but the spinning rotating thin FLAT protoplanetary disc has temporary become aligned EDGE-ON with our line of sight, appearing to vanish, but it is obviously still there!  It is impossible by chance for us in astronomical time frames, that this nearby star has really lost it's solar system disc, that requires tens of millions of years to form. Our telescopic observations are wrongfully interpreted to purport phony dark matter gravity galaxy halos, to explain the actual shapes alignments orientations of flat galaxies. The importance of this is that the observer's alignment orientation viewing direction, and the spin and rotation in an electromagnetic plasma universe, explains away gravity cosmology. This is not what they want you to believe, even though NASA and ESA have written truthful findings stating that "Quasars, Black Holes, and Radio Galaxies are basically the same phenomena and part of an evolving unified model. Quasars, Blazars, and Seyfert Galaxies, are the same phenomena dependent upon viewing angle alignment orientation."

Expect more future photos of outer space to be compared with their past photos, showing many more unbelievably defying sudden changes, requiring a metamaterial fractal based plasma cosmology to emerge, putting to demise current paid funded institutionalized traditional cosmology still purporting the big-bang and telling dictating to us how they still see it. Nearly Edge-on views of protoplanetary disks of stars show how they shrink.  A perfect 3D geometric alignment explains the finding. 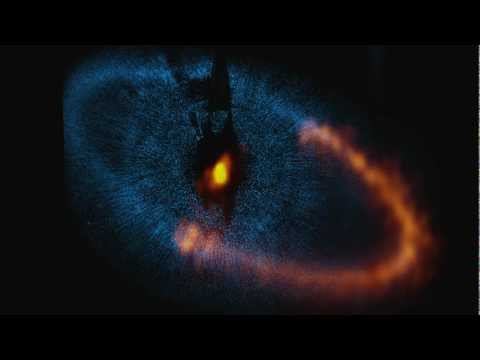