Time enhanced animation of the 10 billion light year diameter structure, that Horvath speculates is densely packed galaxy clusters and normal matter. Clowes has said that more large quasar groups could form larger structures. Galaxy clusters are over 99.9% plasmas and superfluids, with little normal matter. A 10 billion diameter structure could more precisely be a highly evolved and fully formed supercluster, far older than the big-bang allows time to form, in it's yet unseen entirety. Or it could be the largest hypercluster filament ever to be discovered, indicating a connection to something even larger out there in the universe.

The 73 Large Quasar Group was just recently discovered by Roger Clowes, and it's enormous size violated Einstein's cosmological principle of an isotropic homogenous universe. The newest structure discovered in 2013 is called the Hercules-Corona Borealis great wall filament, which is over two times larger than the 73 LQG. Both structures are closely located together in the sky, and are neighbors in constellations, with both having redshift bands and distances that seem related, strongly indicating the likelyhood that a filament connects both structures together. Such a filament would set a new size record. Roger Clowes replies by email to me about this connection, writing that Horvath's paper doesn't have enough details for him to study, to find the connection between Hovart's Hercules-Corona Borealis supercluster, and his 73 LQG. Clowes said that even his lesser CCLQG, should have a connection filament to the nearby 73 LQG, but it's not been detected. So, the alignment must not be favorable from earth to see or detect it.

Famous astrophysicist Roger Clowes replies back by emails to me, kindly explaining a seemingly likely related connection exists, but hasn't yet been found nor proven. 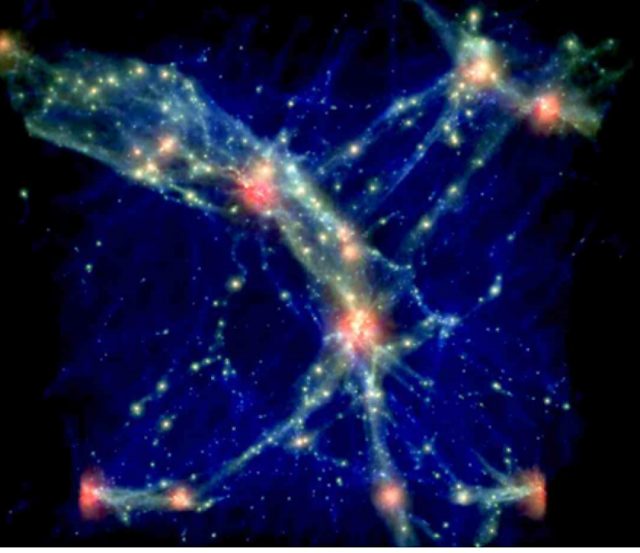 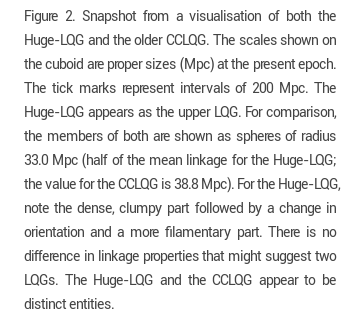 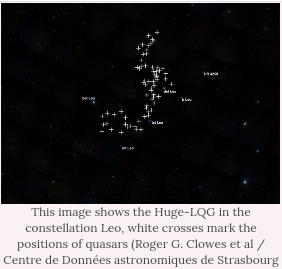 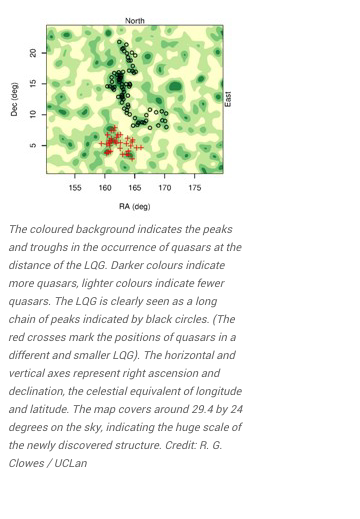 The large quasar group is on a map that fills around 29.4 by 24 degrees on the sky, indicating the enormous scale at 10 billion light years distance. Hovart's record setting 10 billion light year diameter structure detected by gamma rays, fills an even larger portion of the sky than the 73 LQG. This is because both are at same 10 BLY distances from earth, with near angular directions. We are looking through the most distant areas of space near where superclusters and filaments connect to great voids. Empty voids are believed to repel galaxies by magnetic fields, and cause the appearance that galaxies are expanding away from each other.

Constellations Leo and the Hercules-Corona Borealis are both nearby each other, and are the locations where the 73 LQG and the Hercules-Corona Borealis filament was discovered. The LQG is 9 billion light years away with redshift 1.3. The HCB great wall is 10 billion light years away, with a closely similar redshift between 1.6-2.1. Their enormous sizes and nearness together cannot be explained by gravity theory, as being "distinct entities." Connecting filaments form the cosmic web of the universe, with the shape of Birkeland currents. 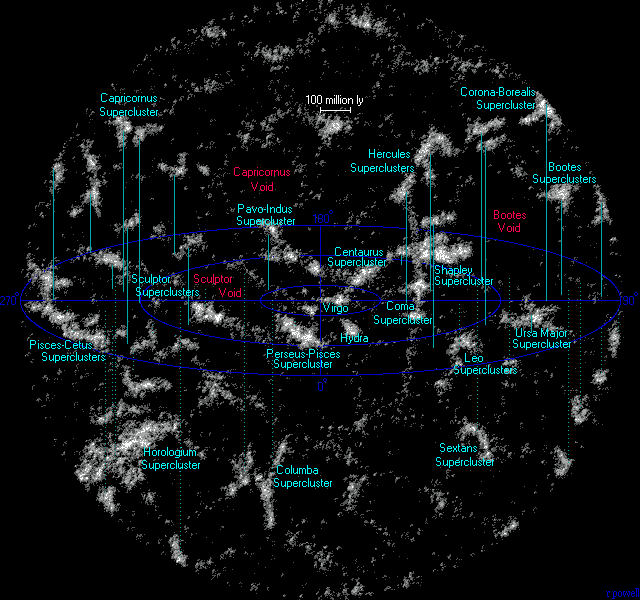 Is it not time for reason to discard the outdated standard model, and begin with ideas for a new cosmology? Mankind has been changing it's cosmology many times. Gravity theory arose during the dark ages, before Maxwell discovered electricity. There will be more discoveries within years of larger and larger structures, which I had predicted after Shawn Thomas discovered Hyperclusters spanning over 3 billion light years.

Horvath has "no idea" how a 10 billion light year in diameter structure could have evolved. This is substantial evidence that the Big-bang theory is outdated cosmology, but still being used everywhere with dark matter theories. 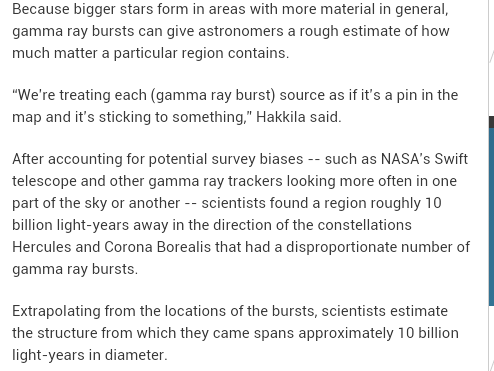 Gamma rays do not unequivably detect black holes, as accepted by astronomers believing in the outdated standard cosmological model. The 10 billion diameter structure clearly has no black hole in the center that is responsible for gamma ray emissions. Practically all the gamma rays are believed to be coming from stars. Galactic jets are collective supernova phenomena, not produced by a spinning black hole.  Horvath speculates that many densely packed galaxy clusters, spanning 10 billion light years across, form a single cosmic structure. Like stars and galaxies, to groups and clusters, there are going to be many, that is more than one. And innumerably trillions of galaxy clusters are not going to form and organize themselves within the framework of time for the big-bang. 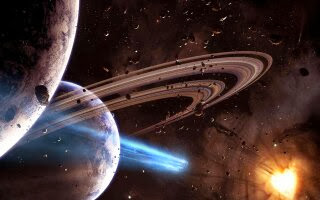 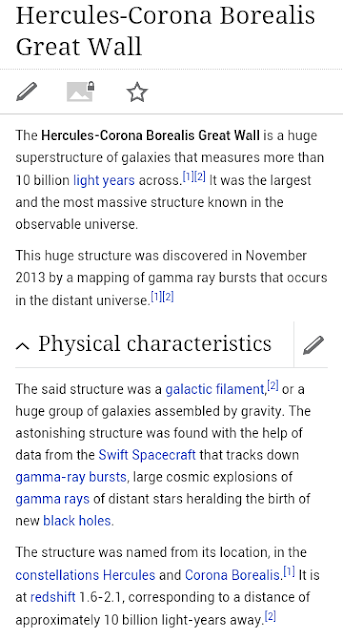 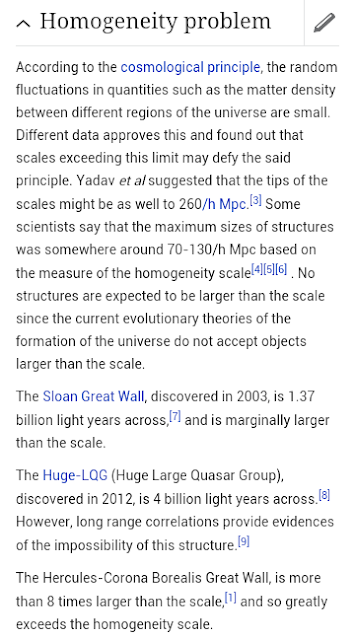 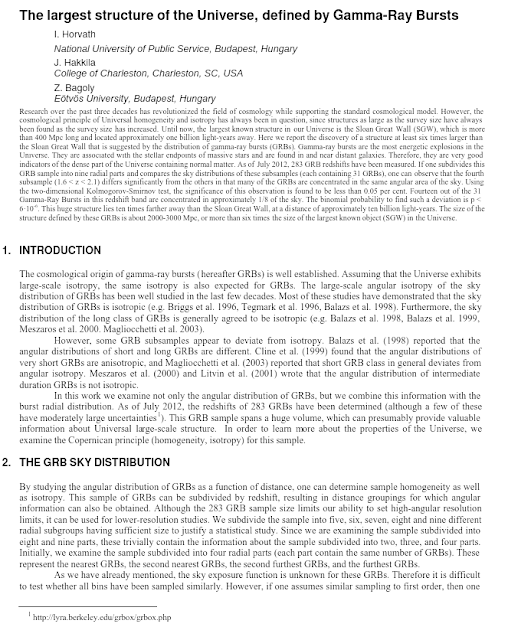 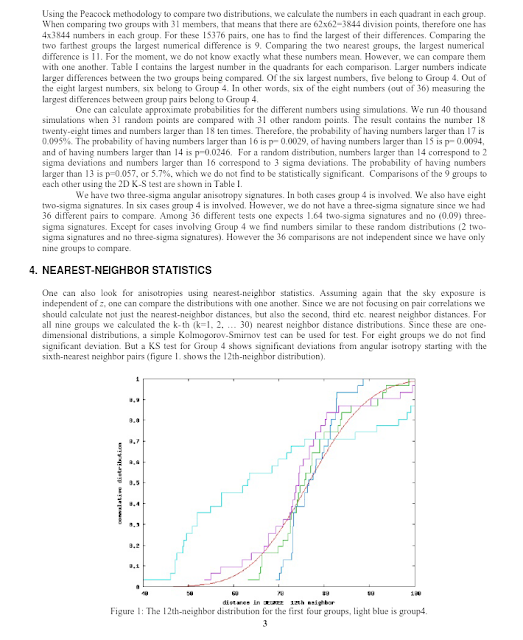 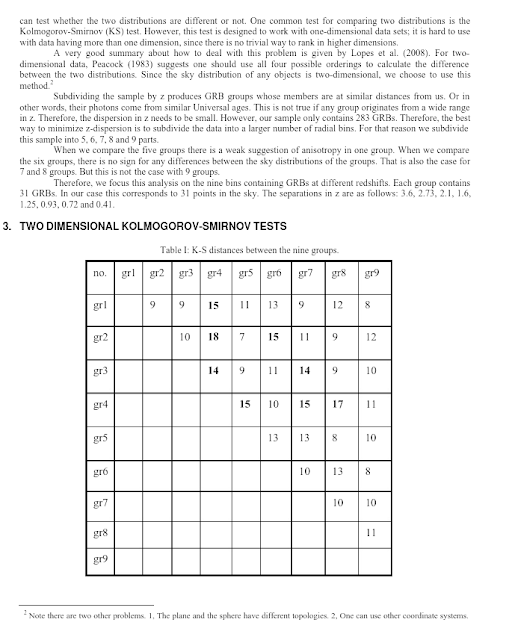 Roger Clowes writes, "what are the cooridinates in figure 3 and 4?" He needs this to study further. 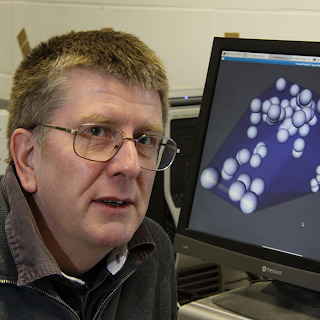 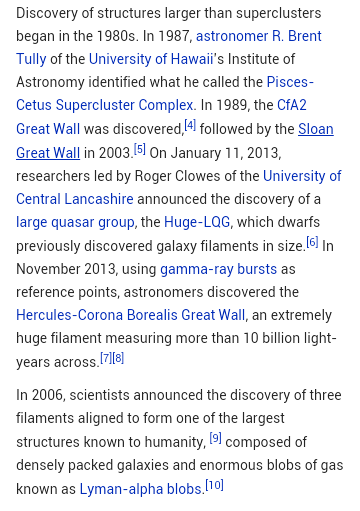 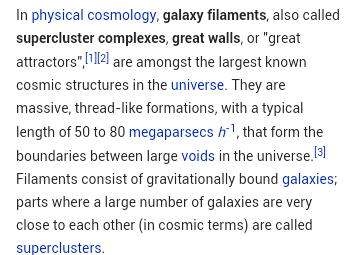 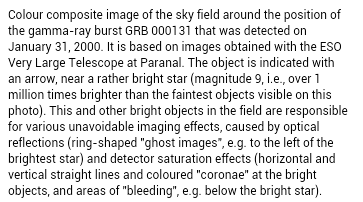 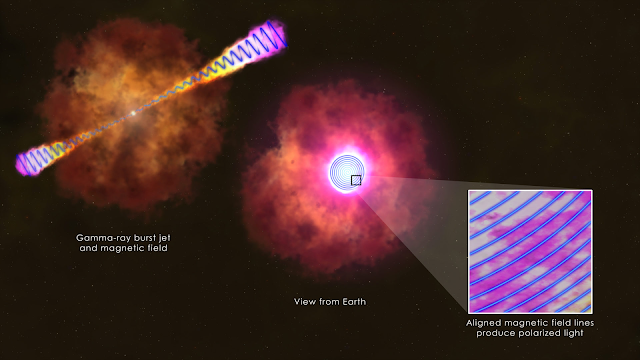 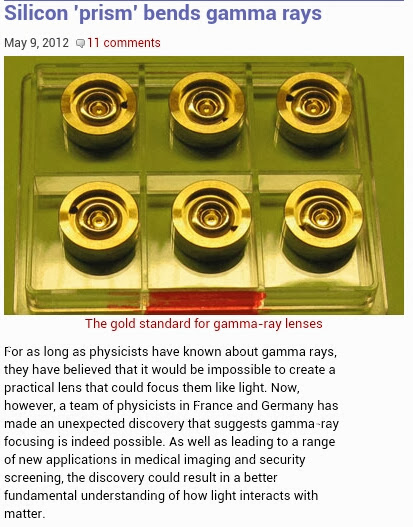 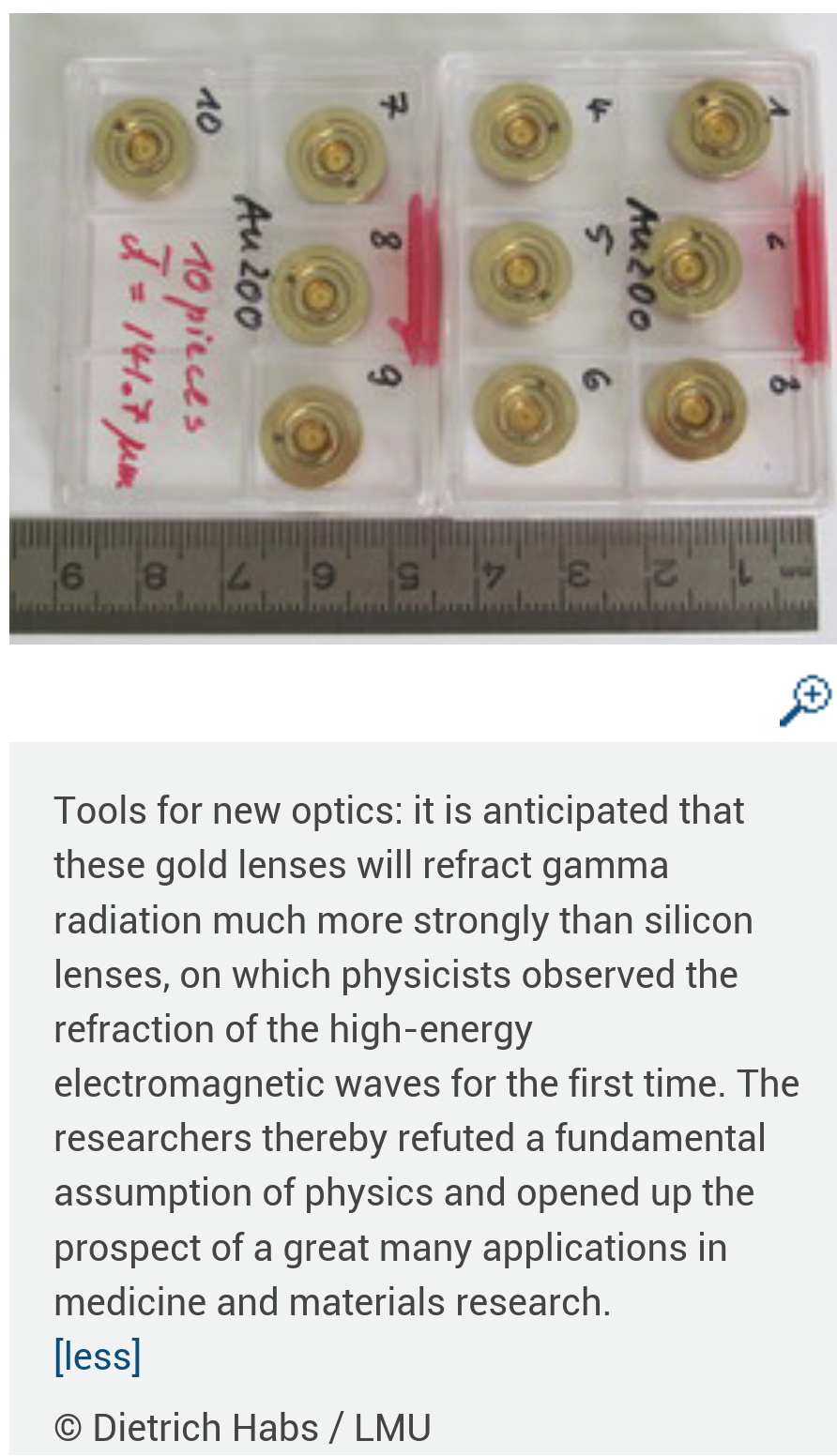 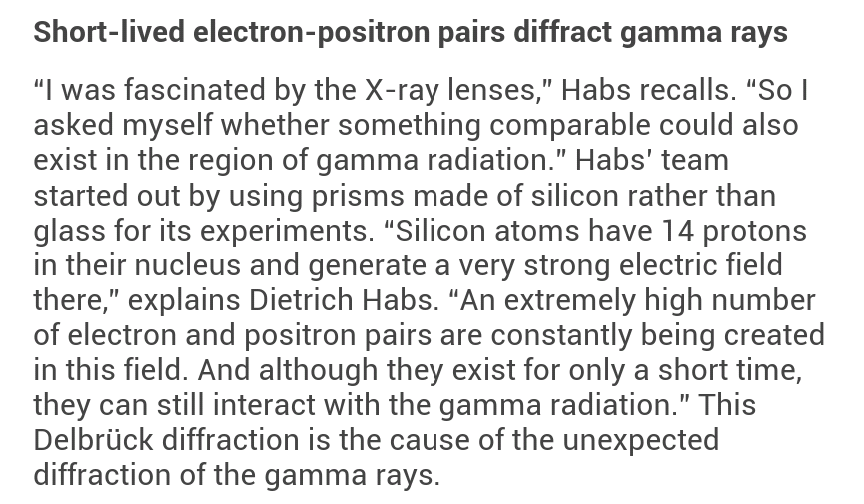 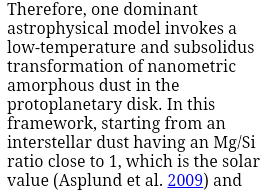 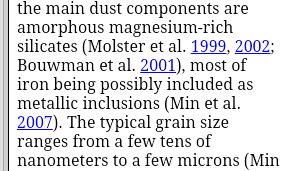 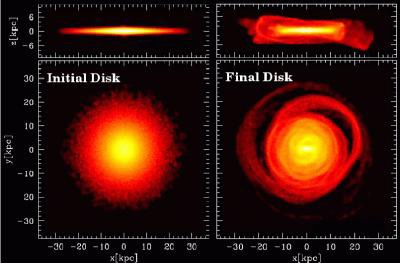 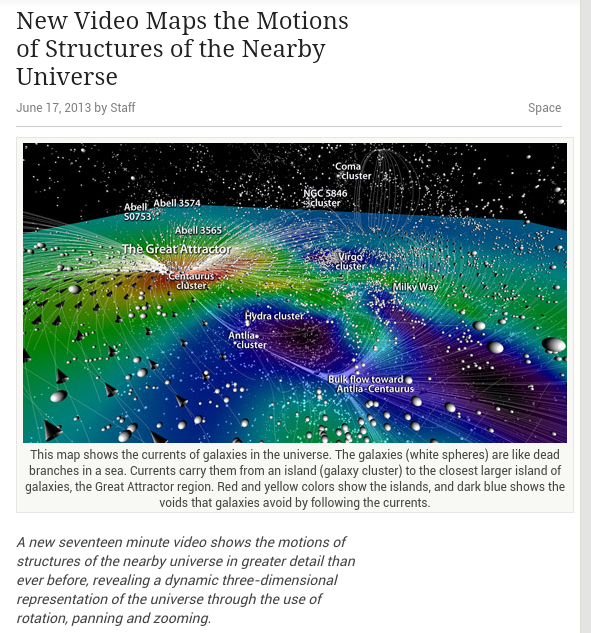 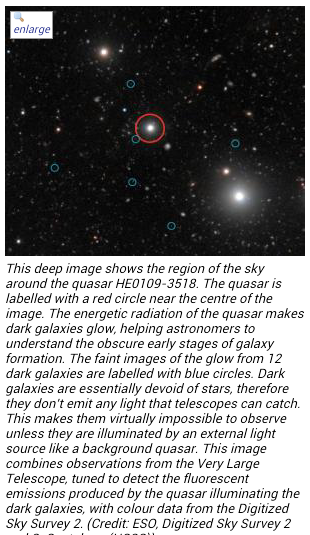 Cosmic sources like cold hypothetical inferred black holes emit gamma rays, by a similar process that superfluid helium 4 does at 511 keV from Compton scattering. This is a method to detect superfluid He4 in outer space, by designing a new laser induced flourescent telescope. 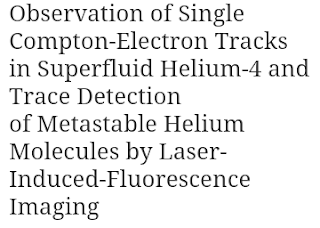 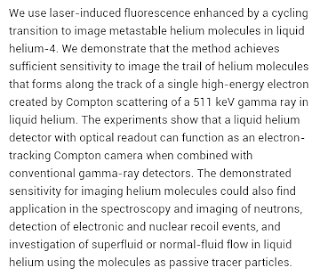