Quasar RX J1131-1231 is not 6.1 billion light years away, nor behind the foreground galaxy, but is clearly closer to earth than the galaxy. Halton Arp's catologues of quasar connections are being correctly proven by observational proof of quasar RX J1131-1231, which is seen connecting by spin vortex torsion and light resonance along spiral arm galactic filaments connecting to the larger nearby parent host galaxy. According to big-bang cosmology having redshift dogmatism, the tiny bright quasar is 6.1 billion light years from earth, and far behind the large galaxy. Seeing is believing, and the gravitational lens math is so humanly complex, and based on dogma, that I know it is wrong.  I believe in what I see in both earth labs and in the actual photo. I was from Missouri the "show me state." 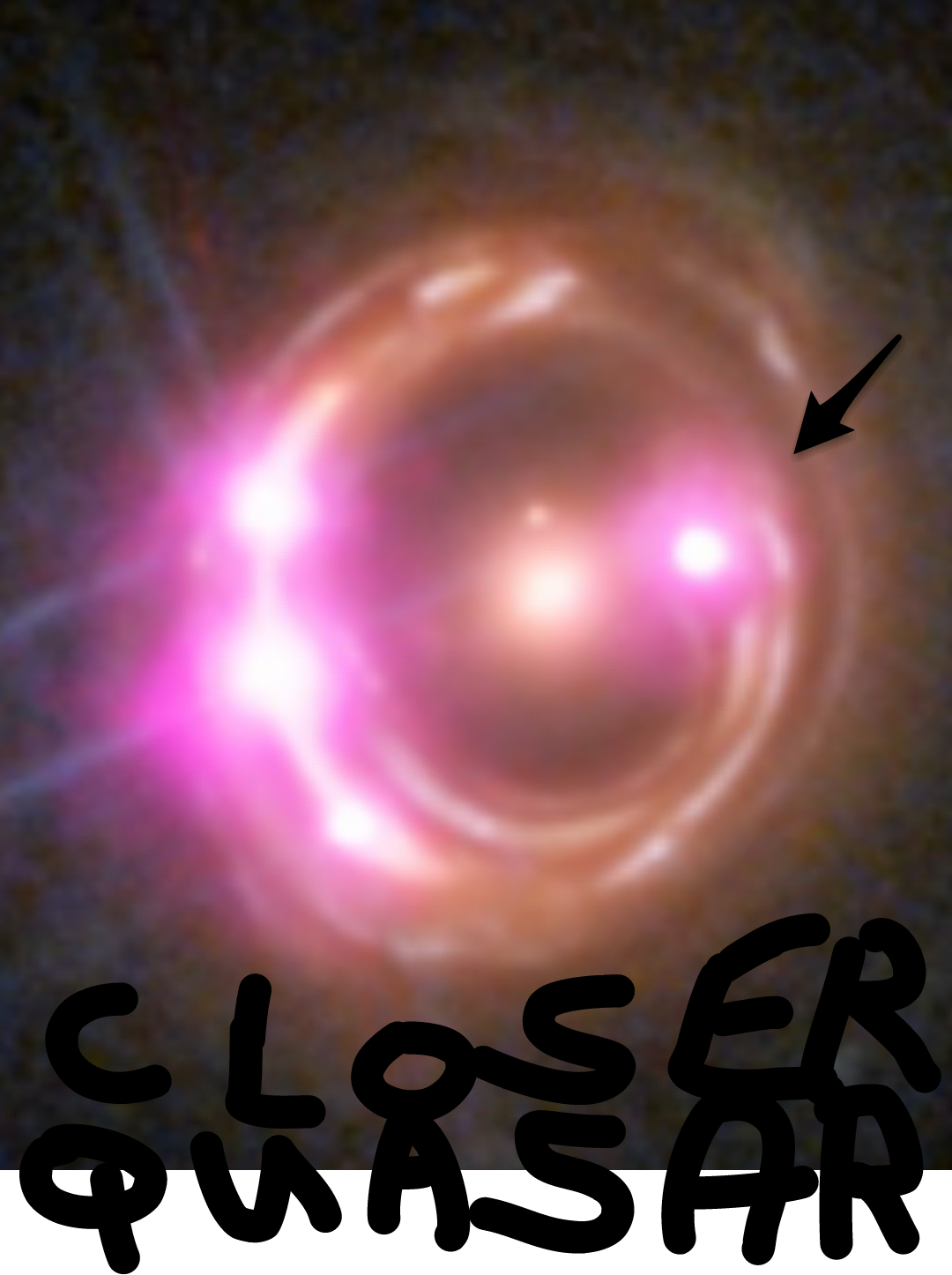 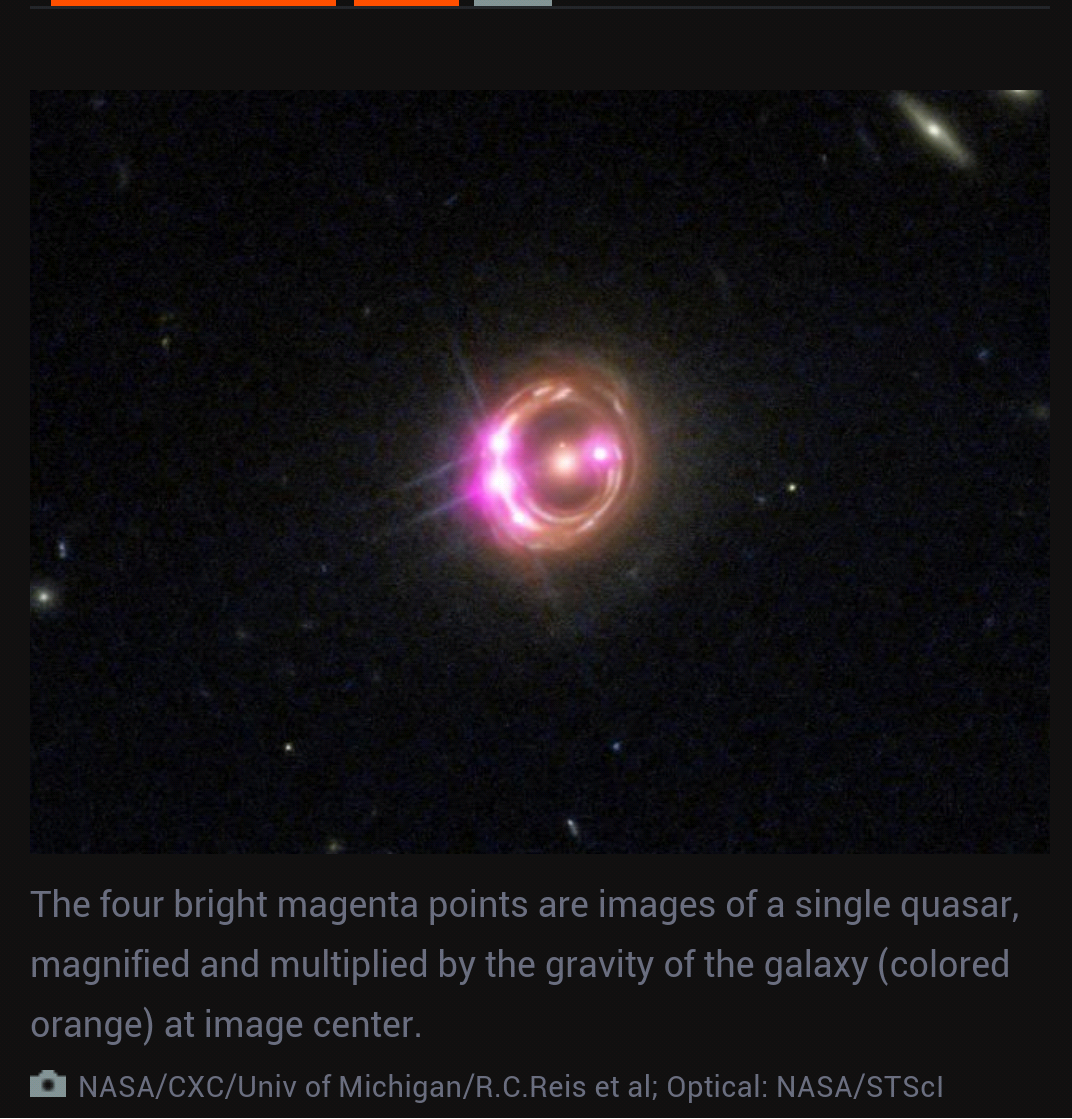 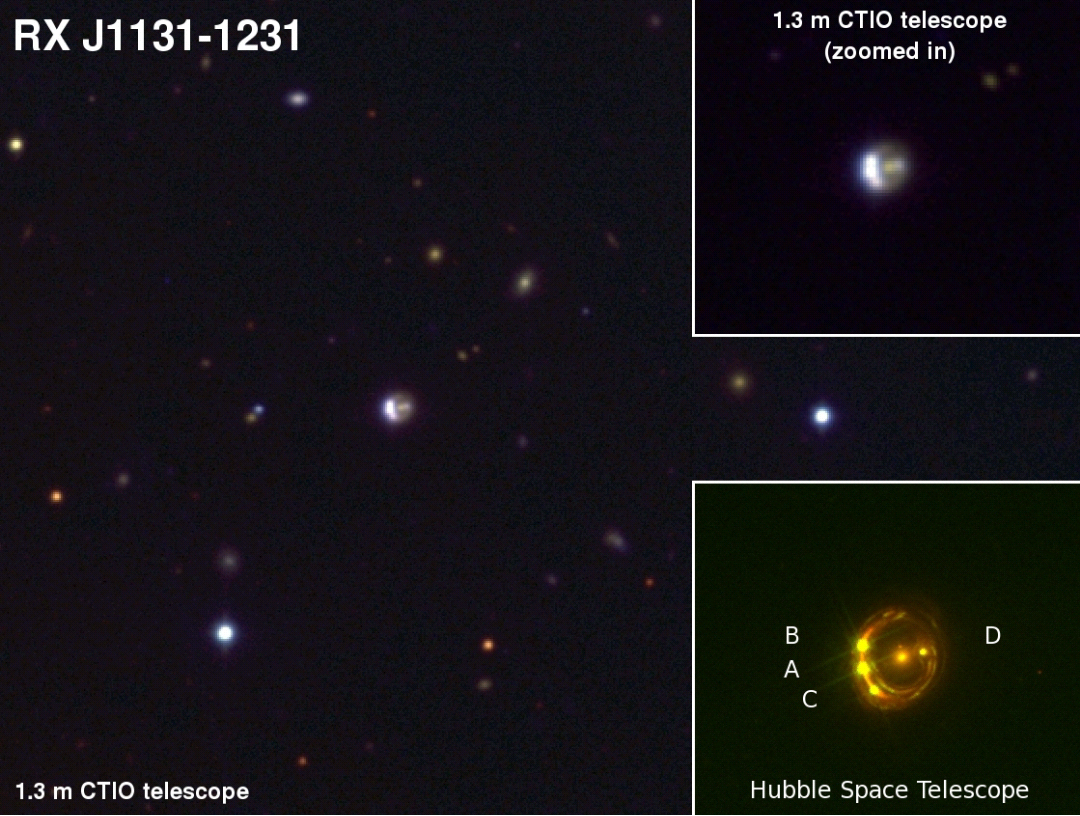 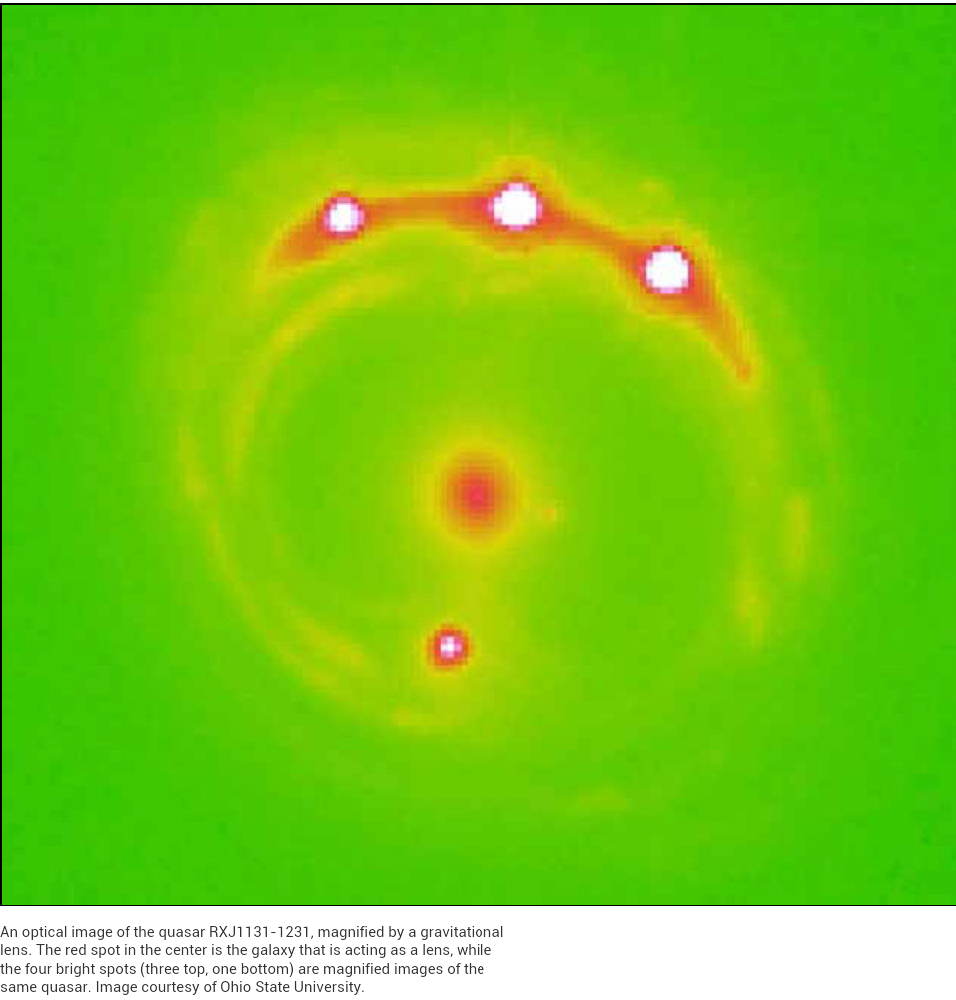 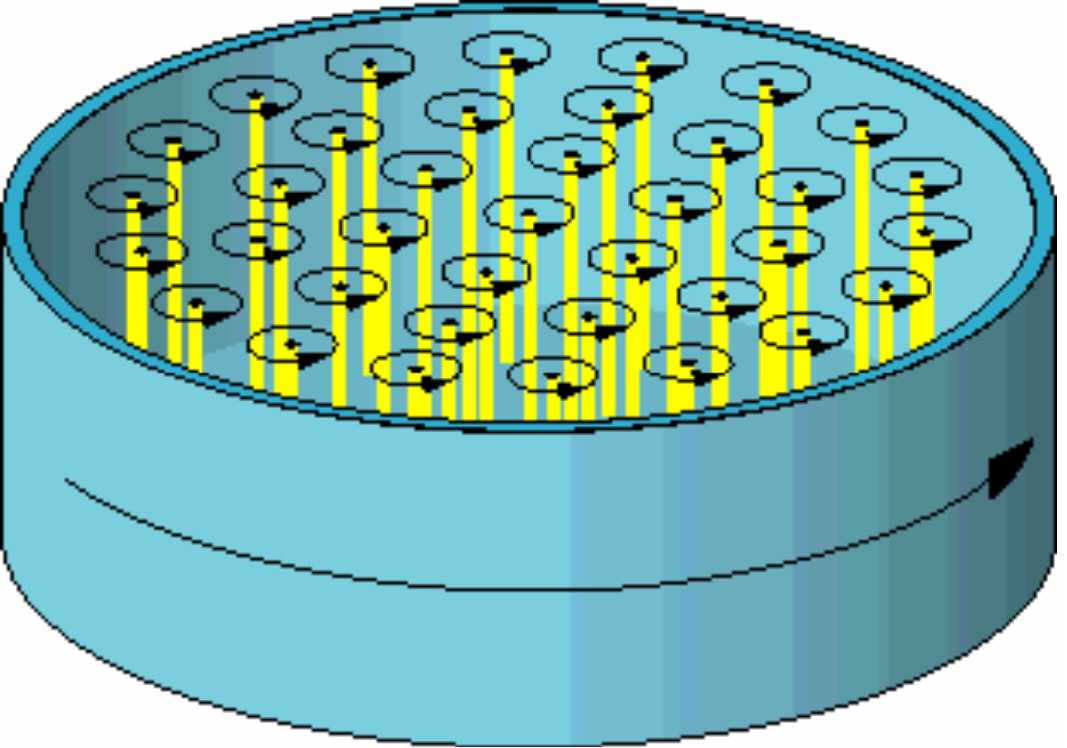 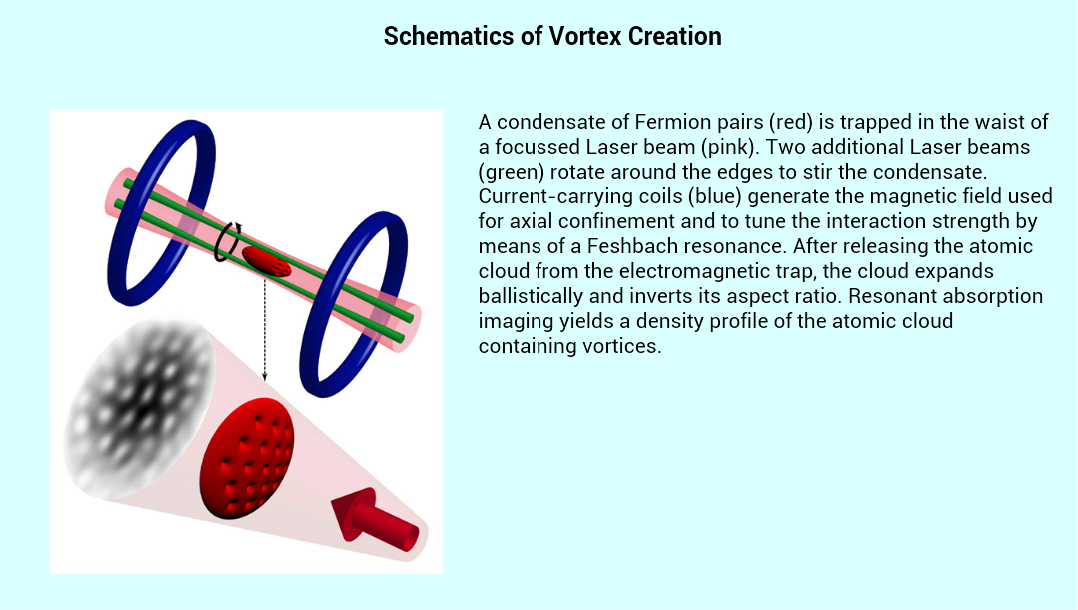 The spin rate of the quasar's center (aka black hole) was measured, and is much faster than the larger galaxy 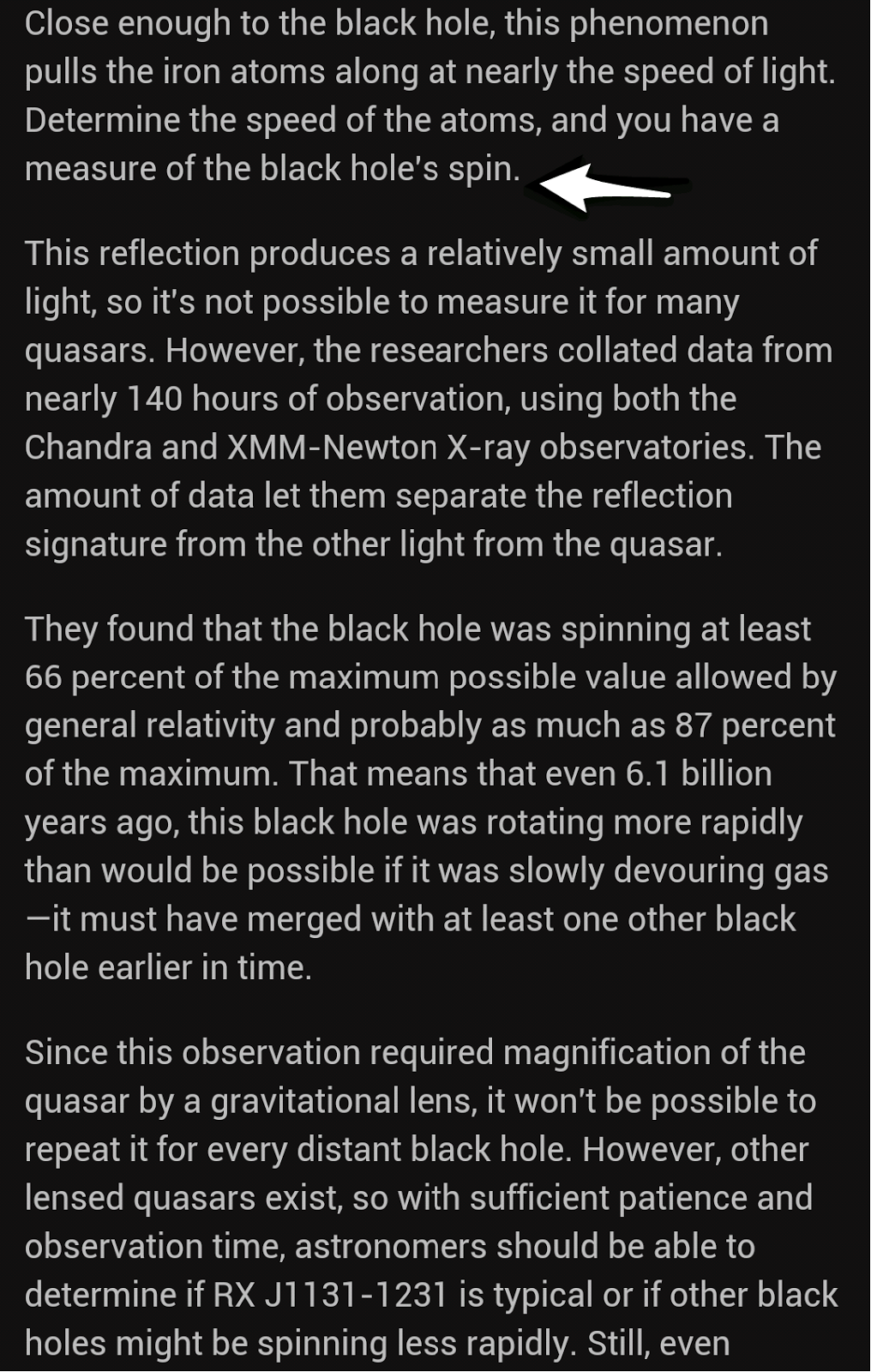 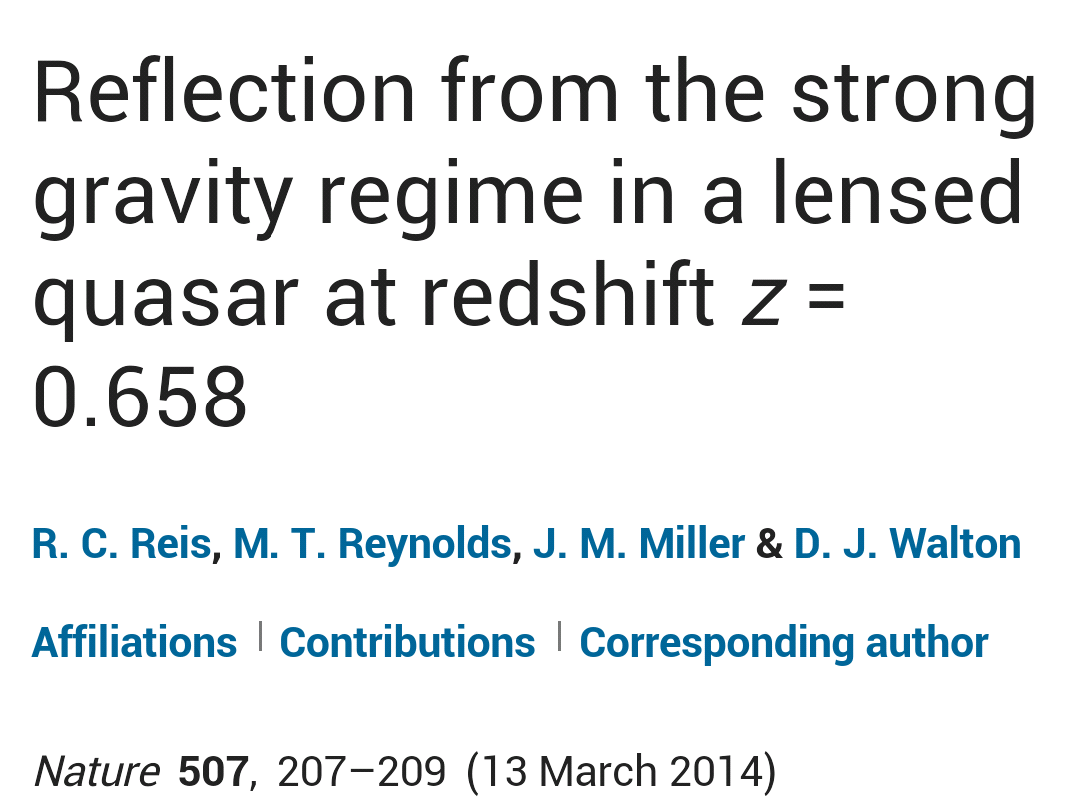 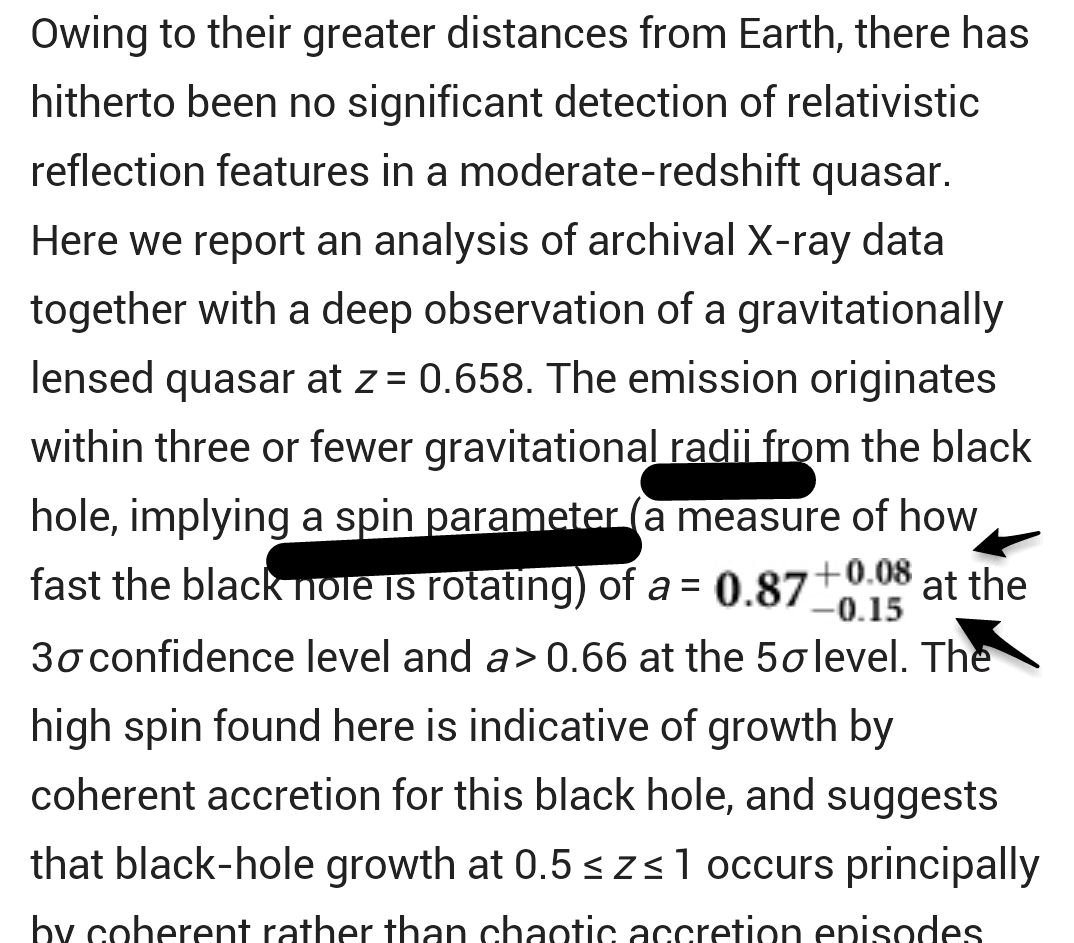 Lene Hau showed that superfluids like a BEC slow light down to only 17 meters per second. Superfluid motion of light itself! 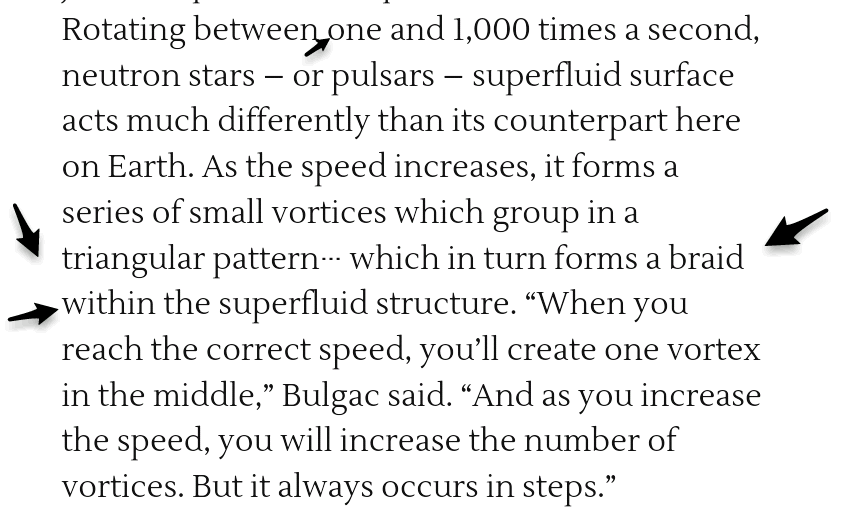 A galaxy forms when an enormous cold superfluid suddenly acquires a quantized spin rate at the center. 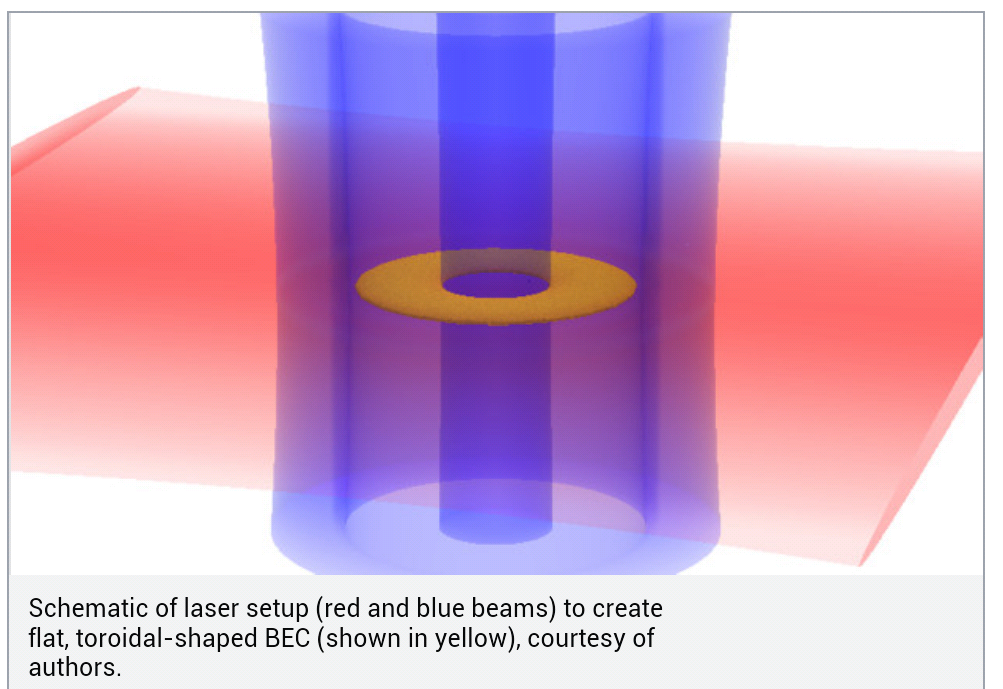