The first gamma-ray jets ever found are from our milky way galaxy, and are the only ones close enough to even be seen by NASA's Fermi space telescope. Gamma-ray jets must be presumed to be common features of all galaxies.
Harvard University astrophysicists Meng Su and Finkbeiner used an image from NASA's Fermi space telescope to discover the first gamma ray jets ever observed emanating from a galaxy.  Only our milky way galaxy is close enough for the Fermi telescope to be able to detect them. Finkbeiner says "suddenly shoving 10,000 (plasma) suns into the galactic center would produce the gamma-ray jets." "A molecular cloud of 10,000 solar masses would make the influx of matter for the galactic core fire up again." "The magnetic field embedded in the disk accelerates the jet material along the spin axis of the (phony unseen theoretically inferred) black hole center of the galaxy."  Meng Su says "the jets were produced when plasma squirted out from the galactic center, after a corkscrew-like magnetic field kept it tightly focused." "The gamma-ray bubbles were created by a wind of hot matter blowing out from the black hole's accretion disk."

So now that the scientists themselves have fully explained in the paper "Evidence for Gamma-ray Jets in the Milky Way"  how electromagnetic forces and plasmas are producing gamma-ray jets, isn't it awful science to say that the gravity by black holes causes this phenomena?
Supernova gamma-ray bursts (GRB jets) are believed to precede the supposed postulated formation of unseen stellar black holes. The facts are that phony gravity black holes do not even exist, and do not make any mathematical sense. Graphene and silicon nanospheres absorb and invisibly cloak all kinds of radiation, and are involved in producing many kinds of cosmic phenomena. Silicon nanospheres recently produced have been found to be the only known absorbers and invisibility cloakers of visible light. Kuznetsov at the Data Storage Institute remarkably discovered how silicon nanospheres of many different sizes are produced by laser pulses hitting silicon slabs. Exotic metals mimic black holes by holographic duality and challenge the fundamental laws of condensed matter physics. Holographic duality has been applied to describe a quantum gravity string-theory concept largely explainable by exotic strange metals at M.I.T. by Hong Liu.  Spin and holographic metals are described in a paper by Alexandrov and Coleman. "The broad metal iron K line is the commonly accepted spectra signature by astronomers for a rotating black hole. In actuality, this signature should be correctly interpretated to mean that a black hole is composed of iron in an exotic high density superstate with silicon and carbon. Earth's spinning inner iron core produces the magnetic field, which would be similar to measured galactic magnetic fields. Excited iron atoms produce characteristic X-rays with energies around 6,000 to 7,000 electron volts. Mysterious X-ray AGN sources actually have been found to hover at some height above the accretion disk, and the X-ray source may be located near the bases of these jets."  AMES lab team findings provide clear evidence that rotating "black holes" are exotic irons superconducting friction free electricity where the magnetic field is weakened enough to help or cause the superconduction. Prozorov says iron-based superconductors discovered in 2008 are a new emerging energy technology. Everybody knows that carbon, silicon, and iron are among the most common heavy elements in stars and galaxies, besides hydrogen and helium. Supernovas eject huge amounts of iron that replenishes outer space with more material to form stars. Graphene and silicene mimic one another's electrical conductivity properties, and combine together to form metamaterial nanocomposites from nanometer sizes up to fractal galactic structure cosmology sized black holes...(New Graphene-Silicon Cosmology) that can transform light like black holes and electron tunnel in vortex with lasers. 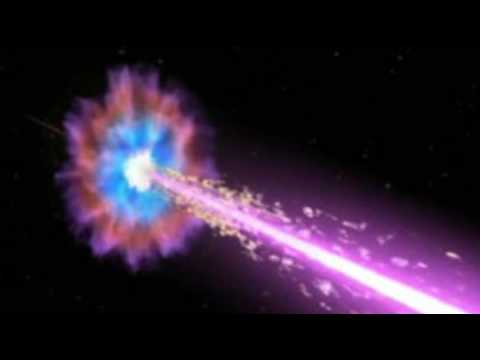