Earth's lightning increases when the sun is more active, which is when sunspots and magnetic fields increase.

The ATD lightning detection system was upgraded in 2007, and findings contradict all the past studies and reported findings that lightning was not even related to the sun. New findings prove that when the sun is more active, sunspots increase as does magnetic field strengths, and there are a lot more lightning strikes on earth then. This proves that electromagnetism shapes and forms the sun without gravity having any significance.

Lightning on earth seen in space

Video clip of scientist Scott explaining the solar wind streams collide by overtaking the others, ultimately to produce lightning on earth.

The high speed 400-800 km/sec solar wind streams are not continous, but vary in intensity and co-rotate with the 27 day solar rotation with earth. Scott states that the earth sits in the sun's atmosphere. The space portals studied by Scudder at NASA connect earth's magnetic field to the sun's magnetic field.

The ground based neutron monitor at Oulu, Finland measured the median or average response in the galactic cosmic ray flux produced by supernovas, showing that the predictable arrival of solar wind streams also coincides with a rapid decrease in the galactic cosmic ray flux, along with an increase in lower energy solar energetic protons called SEPs, and substantial increase in lightning rates persisting about 40 days. 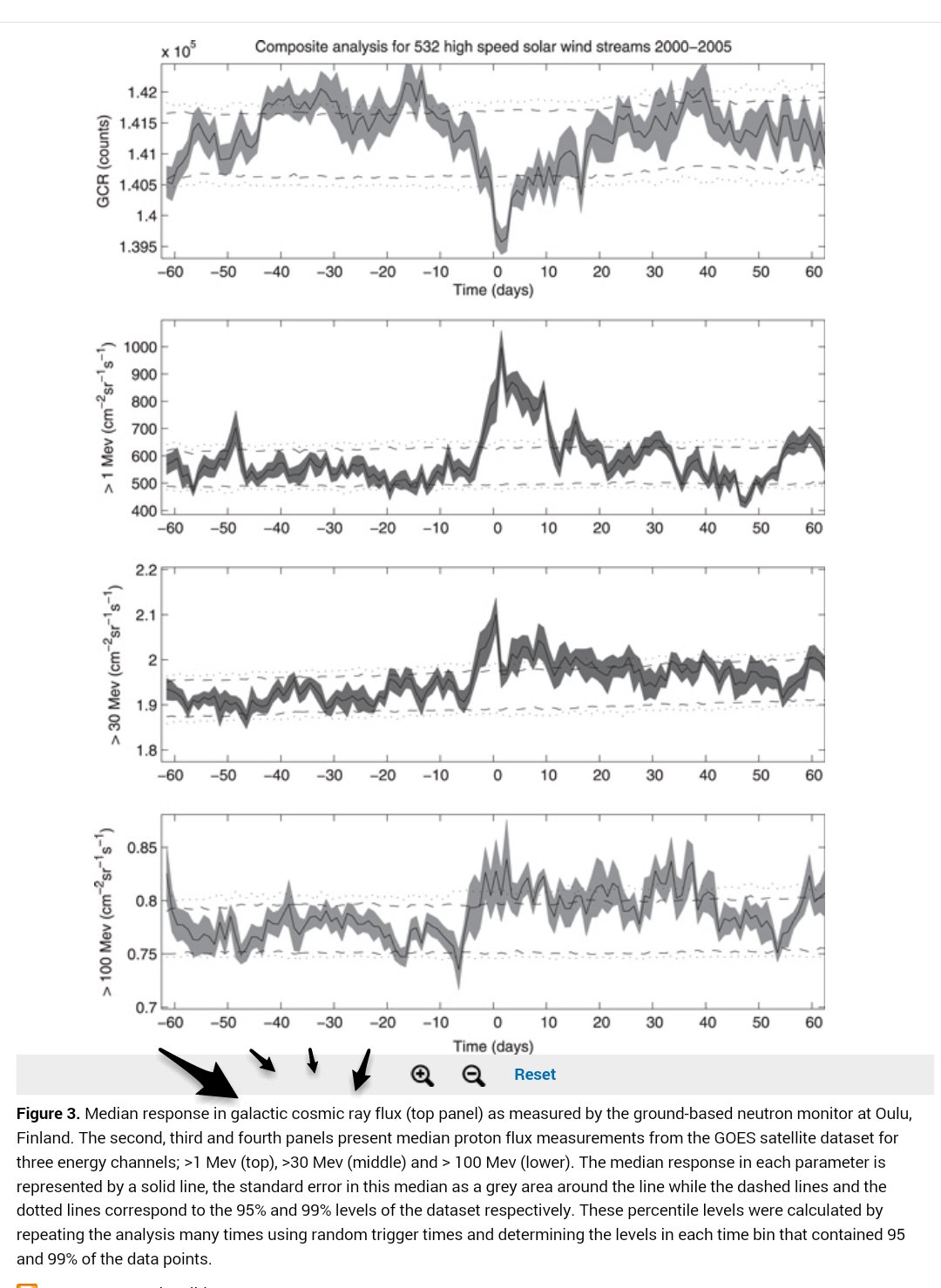 The Galactic cosmic ray flux produced by supernovas is strongly related to earth's lightning rates. Reasonable conclusions are that stars and supernovas produce light and intense radiation by electricity, not by gravity, energizing charged particles by electric fields, and steering the particles by magnetic fields. This conclusion that contradicts big-bang cosmology seems reasonable to me, after reading Scott's reply that the sun's solar wind particles cause lightning on earth like cosmic rays do. Supernovas produce enormous electric fields with associated magnetic fields, bubbles, and jets that accelerate cosmic rays throughout the universe. Cosmic rays are found in their largest amounts inside electrical plasma filaments. The sun is believed to travel around the galaxy inside the paths of bubbles made by supernovas. The cosmic ray driven electromagnetic plasma dynamo will eventually replace the old gravitational dynamo of turbulence and strong blowing supernova gas winds in space. 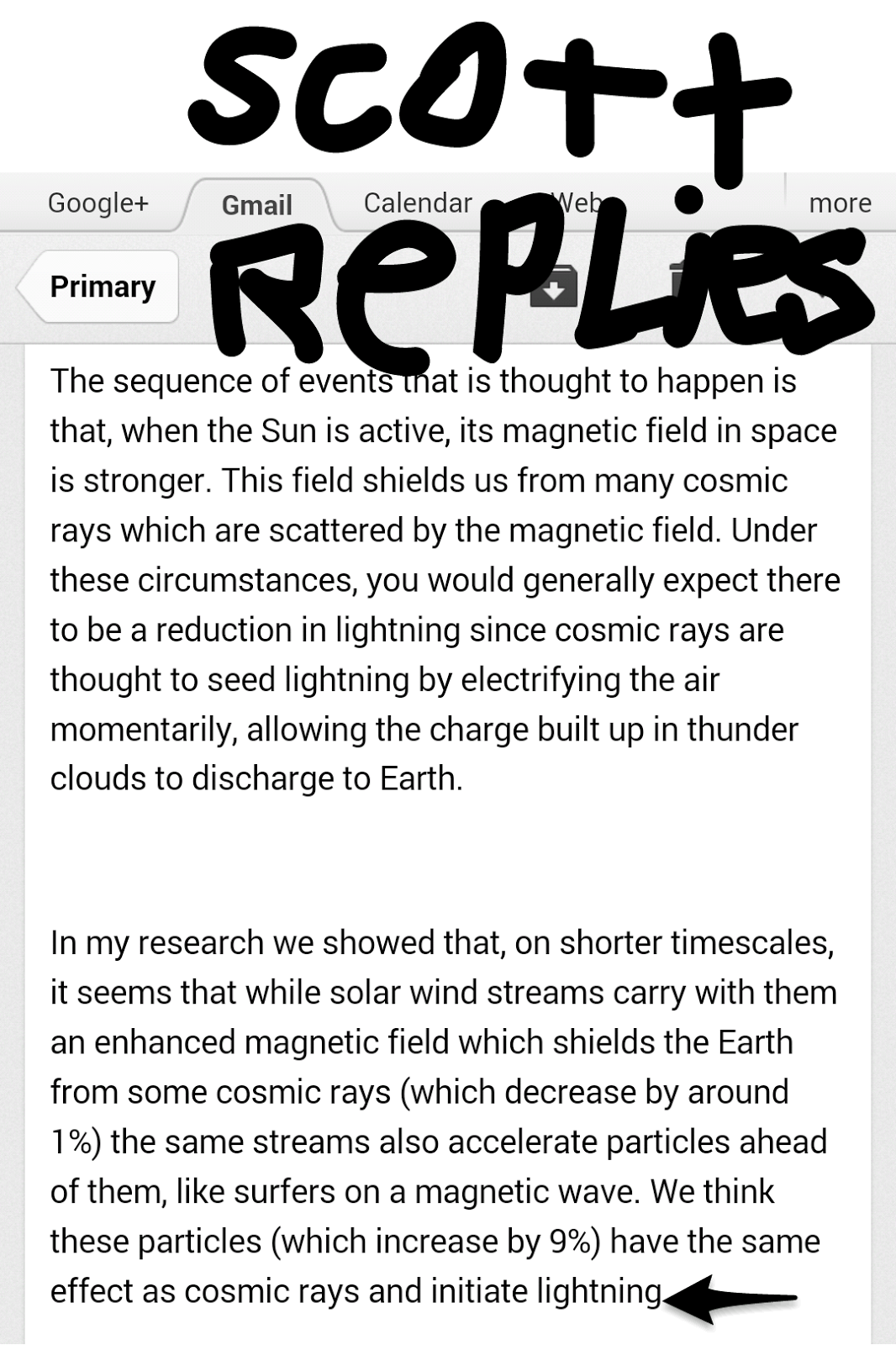 My question was kindly answered on why the cosmic rays hitting earth declined: 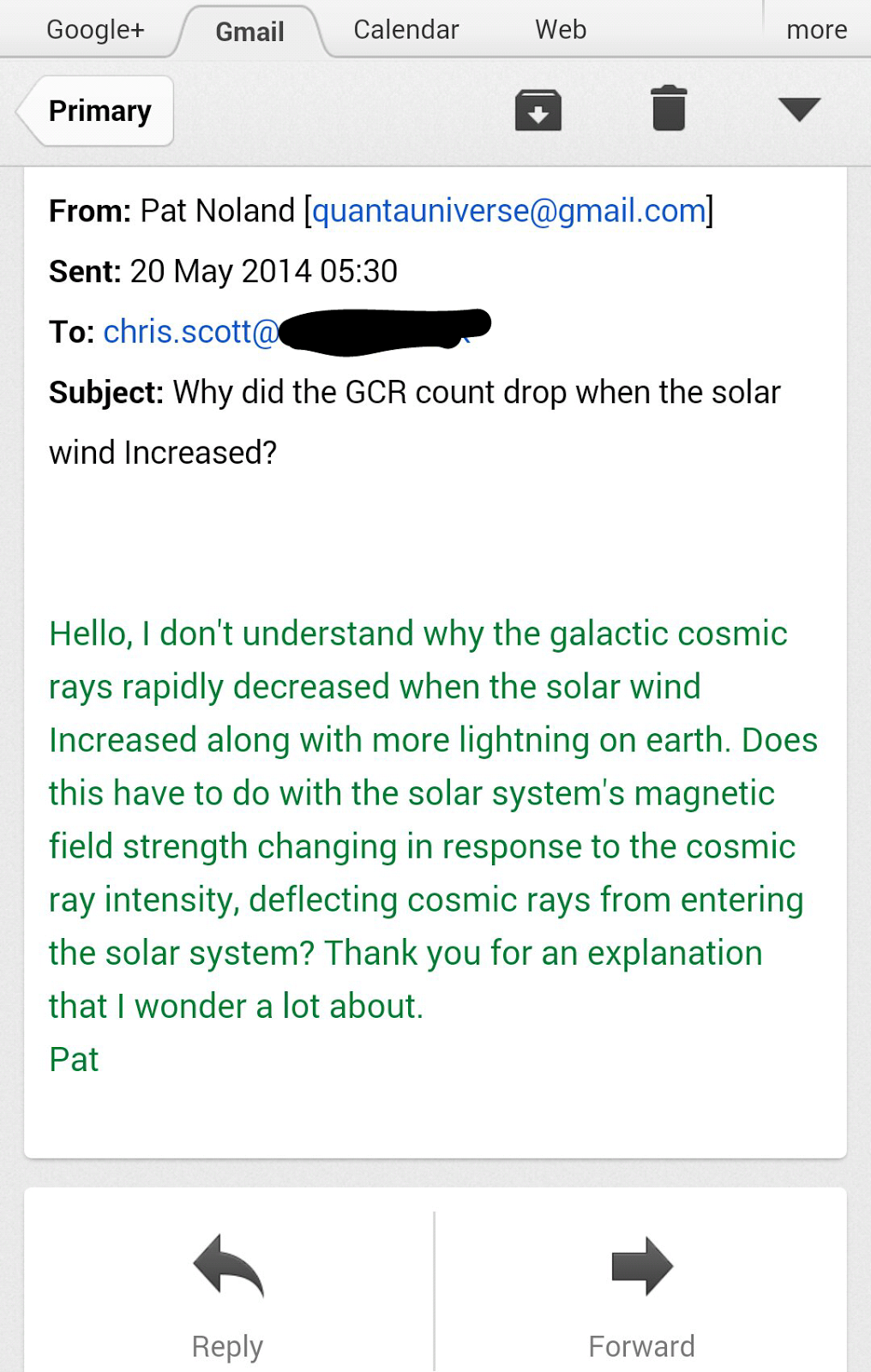 Let there be Lightning, plasmas, and magnetic fields to explain cosmology

The solar system bubble of magnetricity 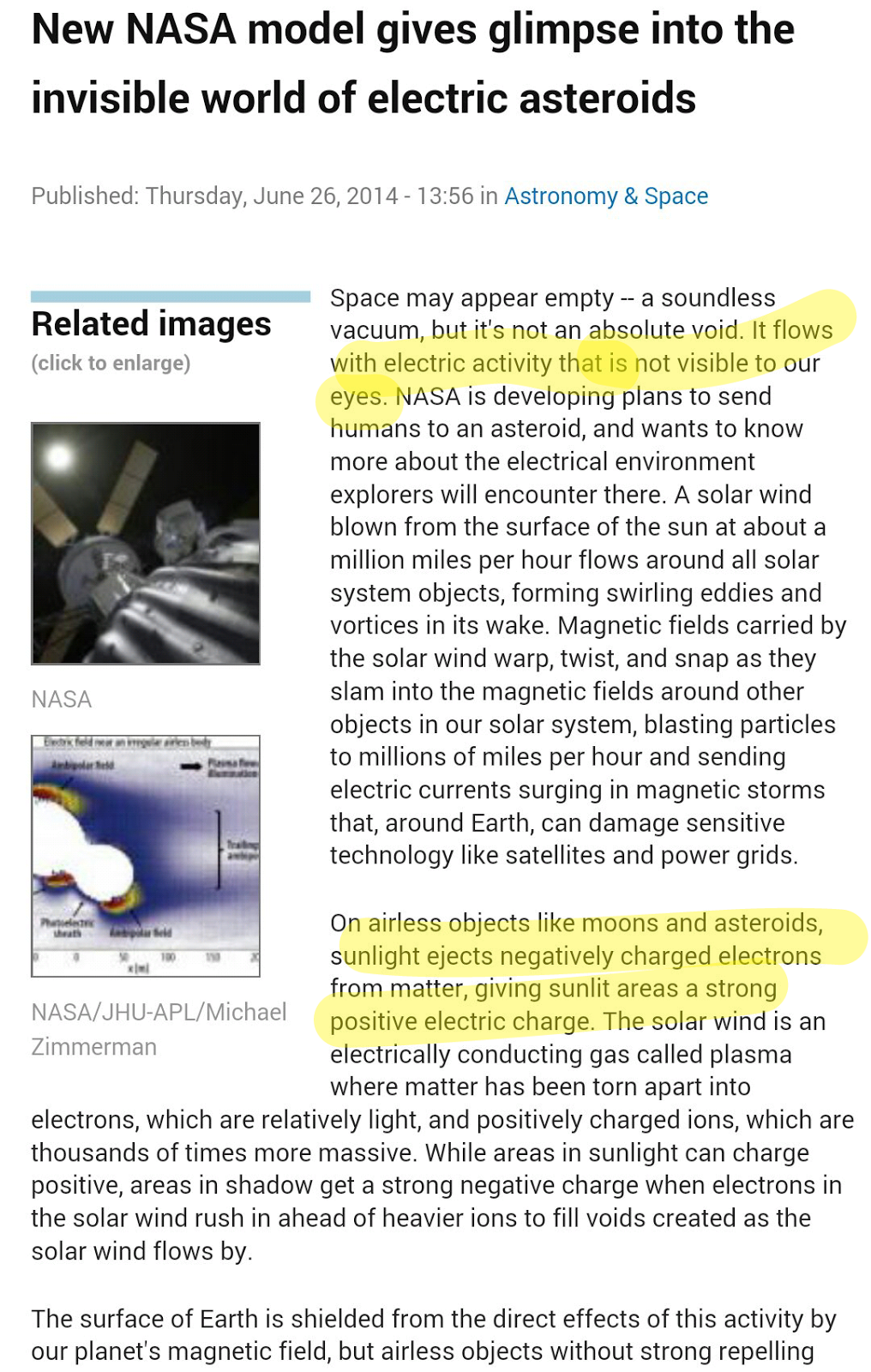 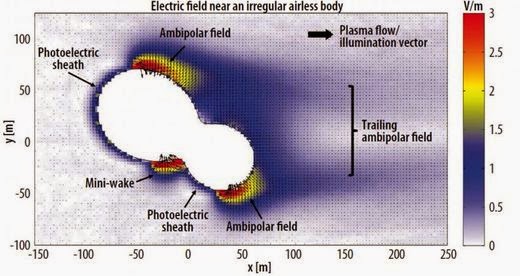