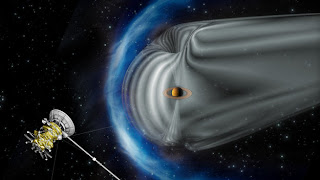 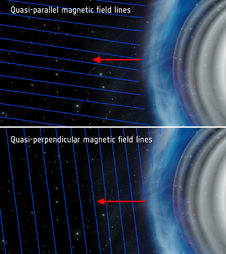 David Sterns writes in "Birth of a Radiation Belt" "We have abundant evidence that ions and electrons in space are indeed accelerated to high energies, all over the universe, in flares and CMEs near the sun, in elusive "substorms" of the magnetosphere, in the radiation belts of Jupiter and other magnetized planets, and from unknown sources of cosmic rays that bombard earth."

A shock wave was recorded on earth on 1991 by magnetic observatories through its associated magnetic pulse. The shock wave was accompanied by a strong electric field, a voltage spike. 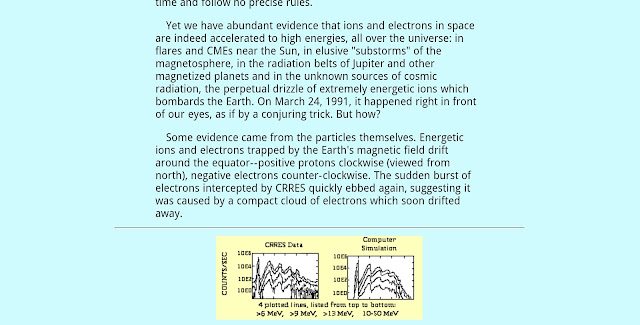 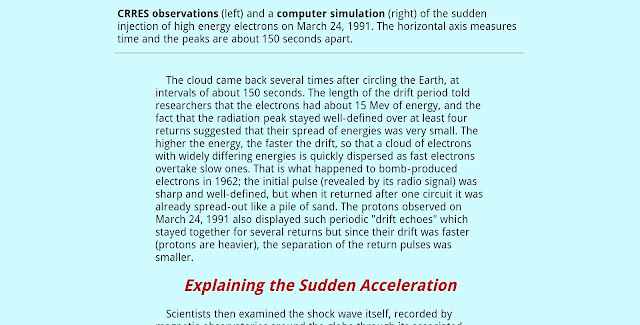 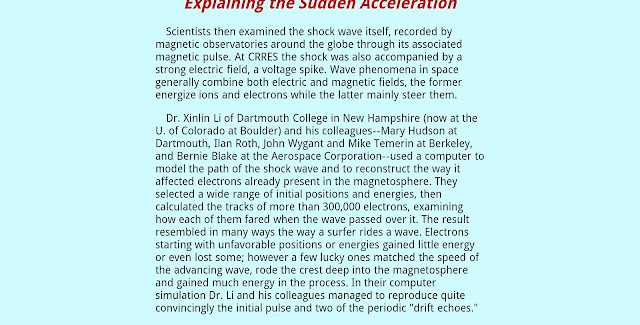 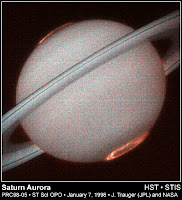 Electric fields from supernovas are accelerating charged particles, positive charged ions, and cosmic rays. The stripped electrons are steered by magnetic fields. Outer space is a plasma environment. Big-bang cosmology believes that gravity causes a supernova explosion, and therefore attempts to explain everything their own way.  But stars and galaxies are over 99.9% plasma, which includes plasma dust. Only stars having enormous electric and magnetic fields will become supernovas. Electric currents may increase during the brief lifetime of massive stars that are believed to form theoretical postulated black holes when they supernova. Most massive supernovas are very near the galaxy's center, and collectively the jets of many supernovas coalesce like a superfluid flow to produce the galaxy's jet. Galaxies are mostly illuminated by their own supernova radiation. A supernova briefly produces as much radiation as does the entire galaxy, and about every 200 years a supernova occurs.

An electric current flows around the earth in the ionsphere that reaches all the way to the surface or the ground. Globally clouds produce thunderstorms in ways related to incoming cosmic rays and even volcanic eruptions. The electric field can explain by demonstration what is called the "tidal pull of gravity" that we feel on earth, and see when the ocean tides rise and fall. Earth is actually suspended inside a spinning plasma bubble or magnetosphere, that spins inside the solar system bubble, that spins inside the local star group bubble...and the galaxy bubble that is formed by rapid star formation supernovas near the galaxy's center, not by a black hole, but by fractal cosmological organization. Larger planets have stronger intrinsic magnetic and electric fields than smaller ones throughout our solar system, except planets tidally locked, which results in other additional electrical phenomena as lightning and magnetosphere.

A galaxy is largely a collective supernova electromagnetic phenomena - Jets accelerate charged particles by electric fields, and star formation is ruled and shaped by magnetic fields. The outdated belief is that a galaxy is a gravitational bound system of stars requiring dark matter to maintain it's thin flat shape. The galaxy rotation curve paradigm for the big-bang requires inventing many different kinds of theoretical dark matter. The most accepted model is cold dark matter near absolute zero, which might be laboratory undetectable liquid helium and solid hydrogen. These two atoms comprise over 99.5% of the universe's atoms, but foolishly only as gaseous states, notably inside densely packed cold molecular clouds where protostellar cores are seen to condense in a galaxy. Supernova core remnants are never found no matter how hard they search, only an imagined existence behind dust and gas. Everything learned in science and objective reality comes from studying electromagnetic phenomena.
Posted by Unknown at 8:52 PM