MIT scientist Egedal says the magnetotail of earth's magnetosphere is believed to be 1,000 times larger in size than previously believed. <MIT press release> Earth's huge magnetosphere is magnetized plasma. Supercomputer simulations at MIT show electrons are accelerated towards earth by the magnetotail that produces polar auroras. Egedal says "similar phenomena may be taking place in much bigger regions of magnetized plasma in outer space, such as the suns corona mass ejections, pulsars, and increasingly larger sized high energy objects in deep space." Michael Brown says "this will gain more and more acceptance, we have to go beyond the presently accepted picture of plasmas." Hannes Alfven was the first to show how plasma scales by ever larger sizes, and suggested a galactic corona surrounds the galaxy. Fractal cosmic scale magnetized plasma structures most certainly  surround planets, stars, galaxies, superclusters, and far beyond the unimaginable humongous sizes of the Shawn Thomas hyperclusters.... New findings by MIT actually support a plasma universe model, and not the big-bang. Let's be honest. Scientists are now better informed about plasma, with MIT spending millions simply on a computer simulation, just to study what happens to these particles.  Few scientists still realize or accept the emerging truth that the entire magnetosphere and magnetotail is far more cosmologically significant and structurally larger than the earth, where the pseudo-force of gravity established the current big-bang cosmology that is almost entirely based on the Hubble receding galactic redshift misinterpretation of ionized hydrogen plasma. 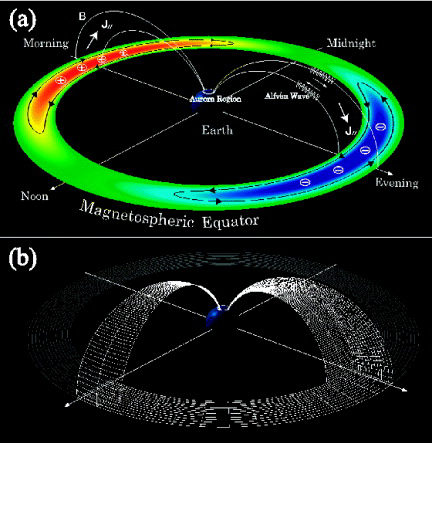