In 19 out of 582 broad absorption line or BAL quasars, huge gas clouds having measurable winds blowing at thousands of miles per second, were identified to vanish in just a few days or years. BAL quasars comprise 10 to 30% of all quasars. The width of the BAL trough measures the speed of the quasar's wind. BAL troughs are believed to be caused by gas outflowing from the quasar. Scientists purportedly believe that clouds of hot gas are flowing out and away from the theoretically postulated gravitational central black hole of the quasar. They also say that rotation of the quasar disk could cause winds that blow away the gas clouds from our view and line of sight. Astronomers have found a deceptive and ludicrous way of claiming credit of solving by mis-interpretation the mystery of the disappearing BAL's. Their explanation however contradicts their own black hole theories, which is why they are so amazed it happens in extremely brief time-scales and can be seen. Now these scientists are discarding all their own current models of quasar winds, and making newer models, by still using the same old wrong big-bang cosmology.  Famous mount Palomar astronomer Halton Arp believes and wrote papers that quasars are ejected from a larger nearby parent host galaxy.  Halton Arp's observational findings of quasars having connecting filaments to its parent galaxy, strongly supports an electromagnetic cosmology. What would Arp think of their ridiculous explanation for an incredibly dynamic observable discovery?

Halton Arp's explanation would likely be: Quasars ejected at high speeds from a galaxy would leave behind trails of gas clouds, which are not outflowing gas clouds from the phony black hole quasar center.  The trailing gas clouds would rapidly and constantly diminish, like the trails left behind by airplanes that are blown away in the wind by earth's atmosphere. These strongest known winds of the universe, are produced by the quasar's ejection from a nearby galaxy, and would blow away the cloud trails from our view and line of sight. The very end of the ejection tail is where the BAL's have been observed to suddenly vanish in just one day of observation. Here is a great website on Halton Arp and the quasar ejection phenomena.

On Google doc's the entire paper is HERE to read for free.  They want more money for publishing the paper Broad Absorption line Disappearance on Multi-Year Timescales in a Large Quasar Sample. The Dept of Energy wasted your money to help fund another project that exclusively supports the interpretation for the only "acceptable" cosmology theory. Scientists state outright contradictions to the big-bang cosmology interpretation that desperately needs to be replaced, by writing that "some quasars have transformed from BAL to non-BAL quasars." "The disappearing BAL's interact by a connection between other BAL's, causing 11 out of 12 to weaken in strength and intensity over vast distances, requiring of course further future study and fundings. This is strong evidence for the existence of connecting filaments observed by Arp, and for the quasar ejection phenomena. 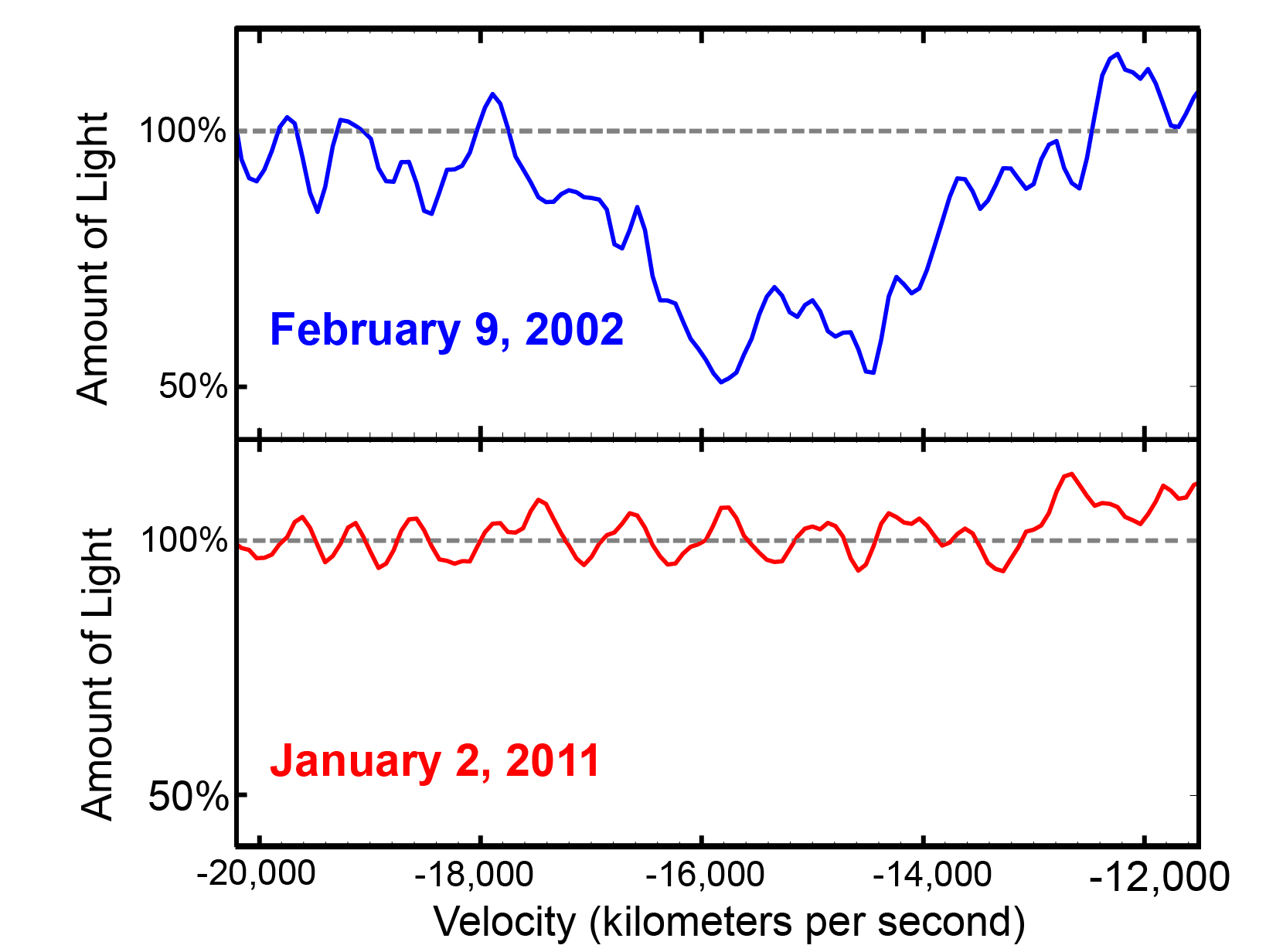 Quasars show evidence of these winds by measurements of the amount of light given off at different wavelengths.