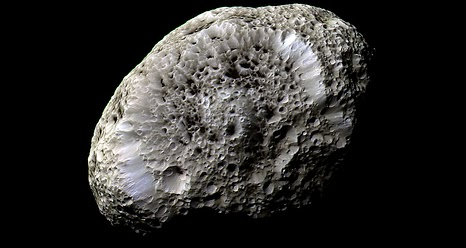 The Cassini spacecraft had a slight positive charge and became magnetically grounded to the moon even at a distance over 1,200 miles. The magnetic field aligned electron particle beam from Hyperion's surface briefly struck the Cassini spacecraft with a 200 volt shock, equivalent to the negative surface charge on the moon's surface. The dark side of earth's moon has a surface charge of negative 20 volts, that increases in the magnetosphere up to negative 200 volts. 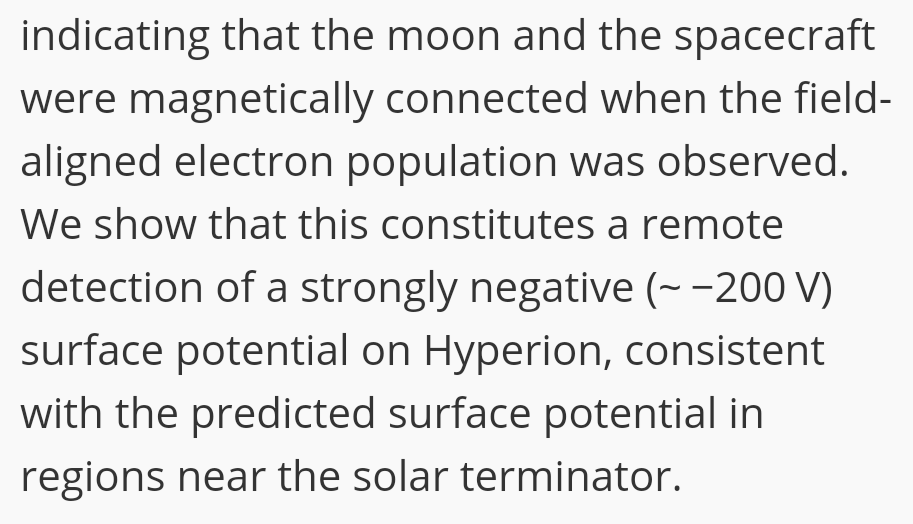 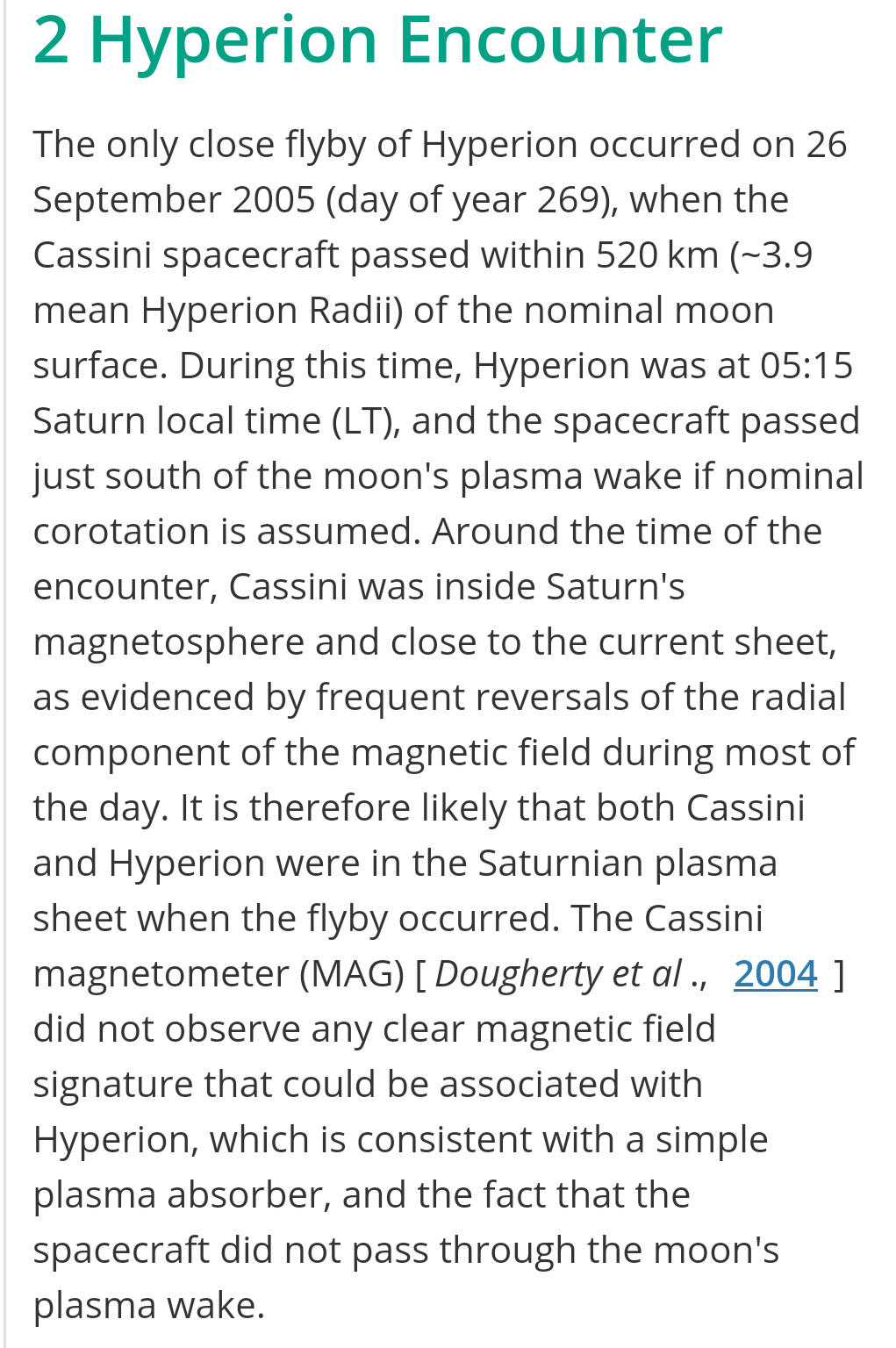 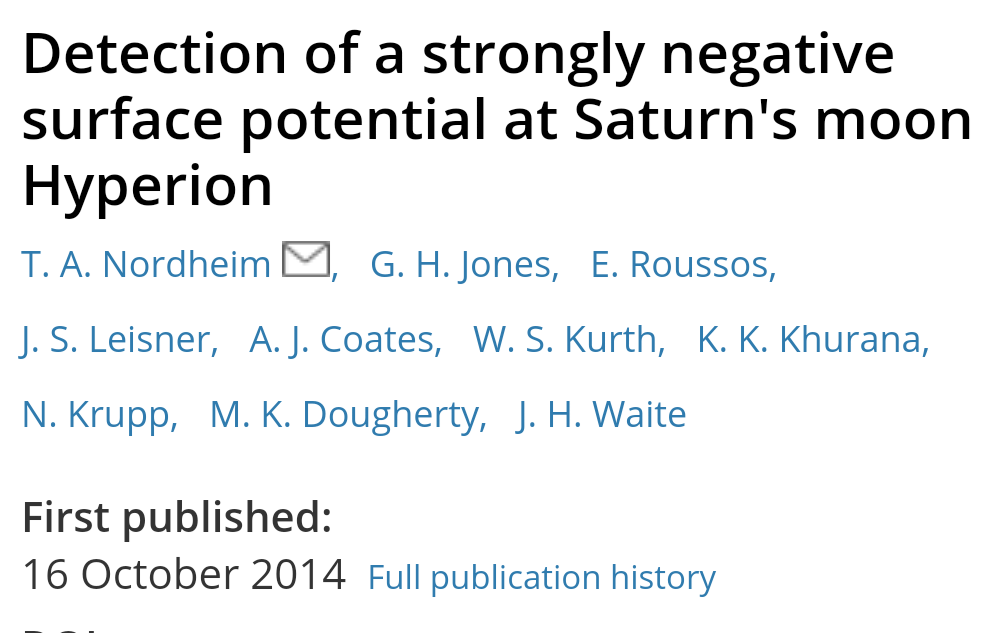 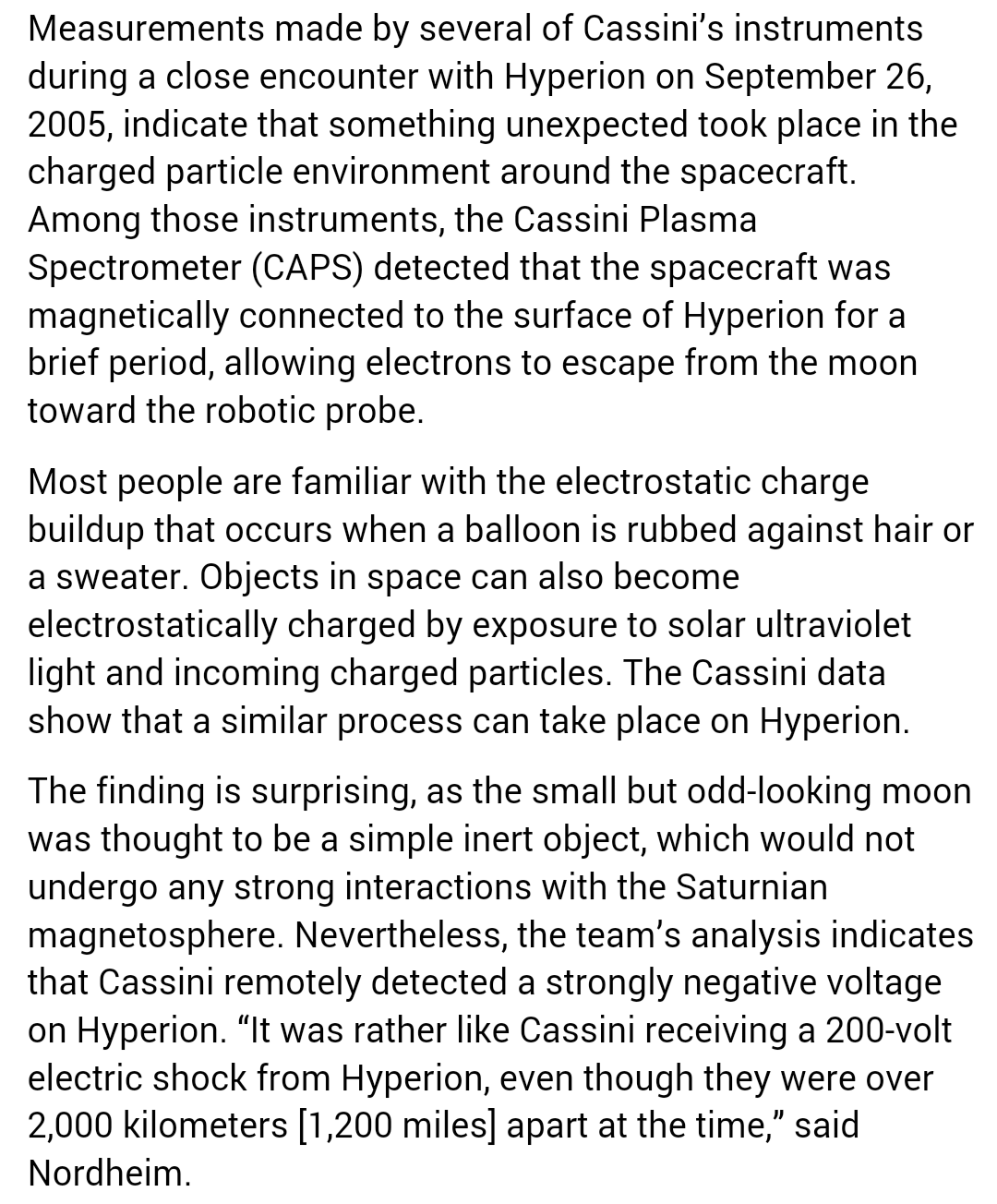 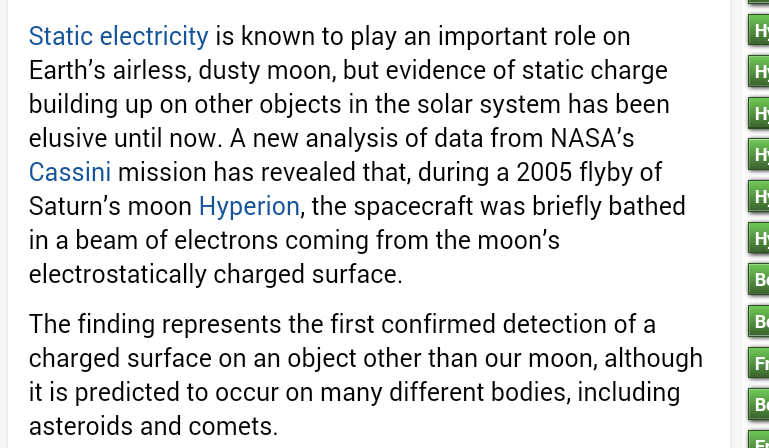 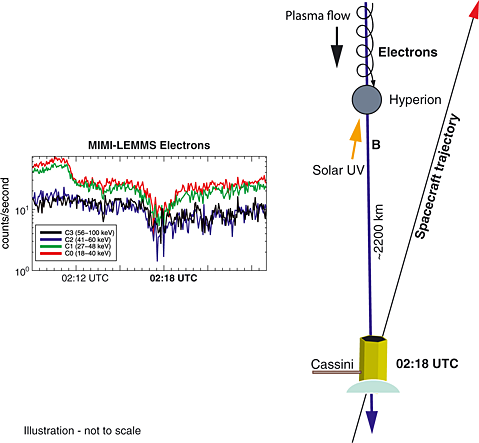 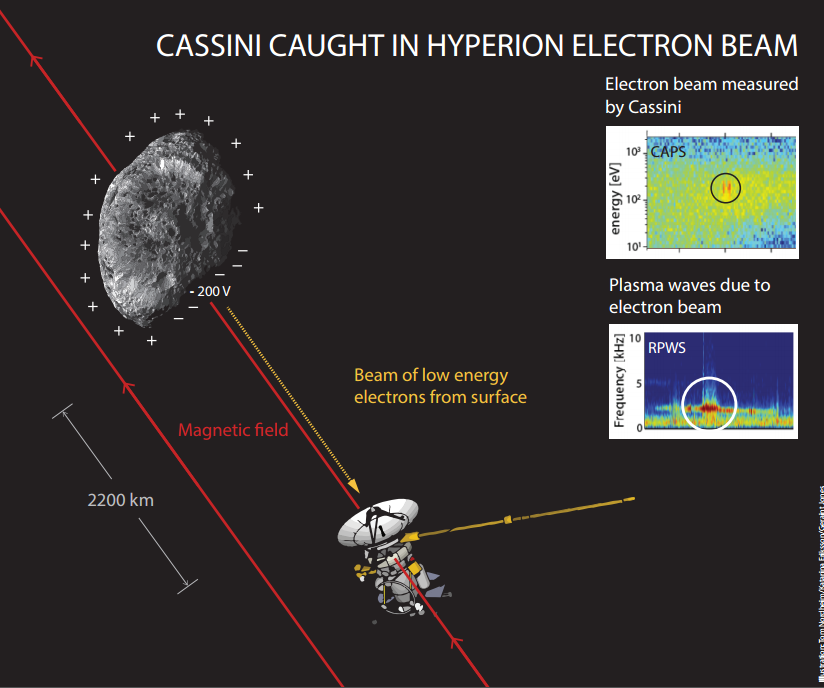 A laboratory electron particle beam being deflected by a magnetic field from a magnet.