Tendrils criss-cross and interconnect within magnetized plasma bubbles, forming networks of stars and galaxies. Astronomers have discovered low amounts of faint galaxies in the voids aligned in the shapes of tendrils, defying gravitational theory, and the tidal tail theory. 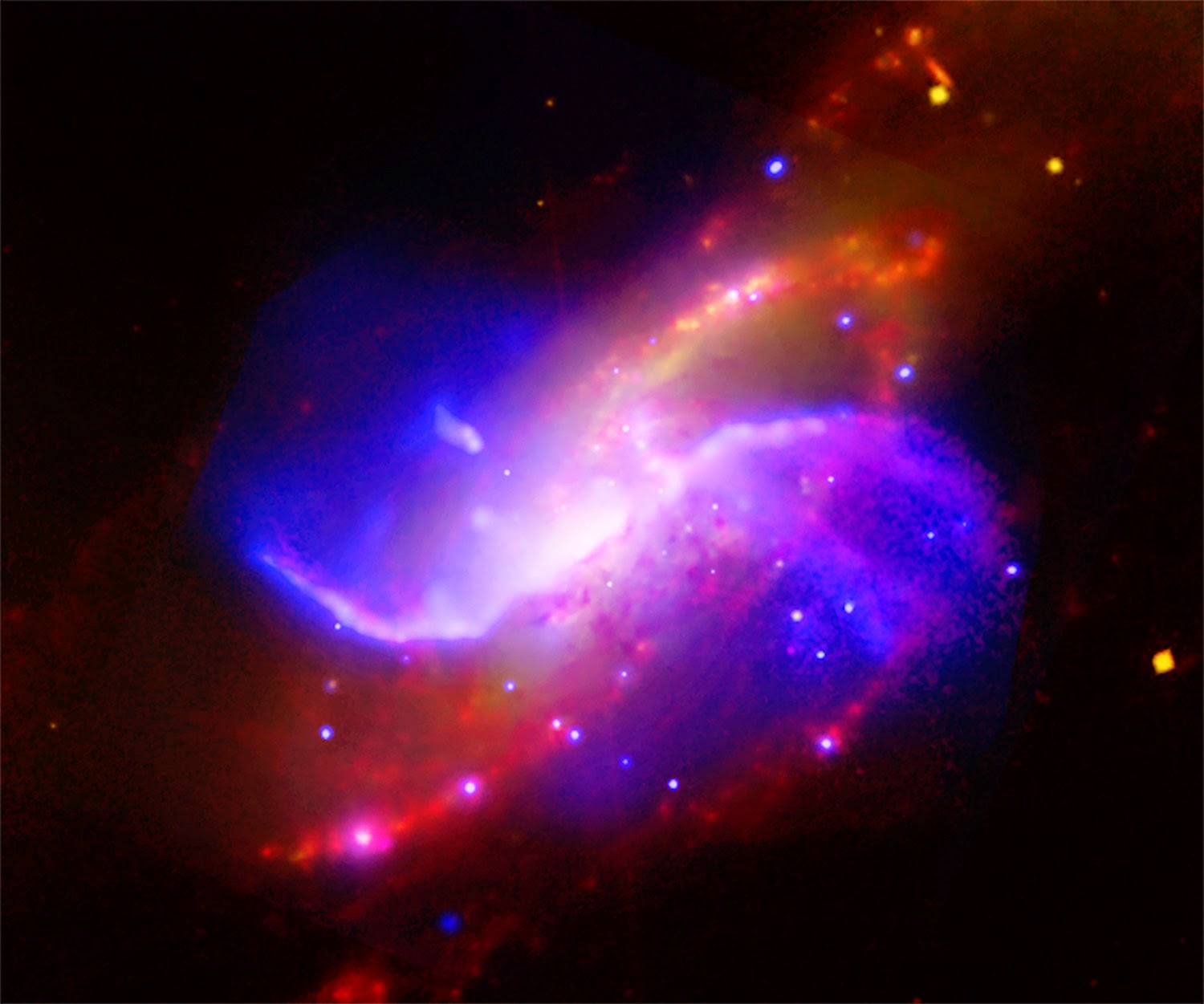 A Birkeland current structure is made visible in M106 galaxy, by using a new combined view technique by Spitzer and Chandra x-ray space telescopes. 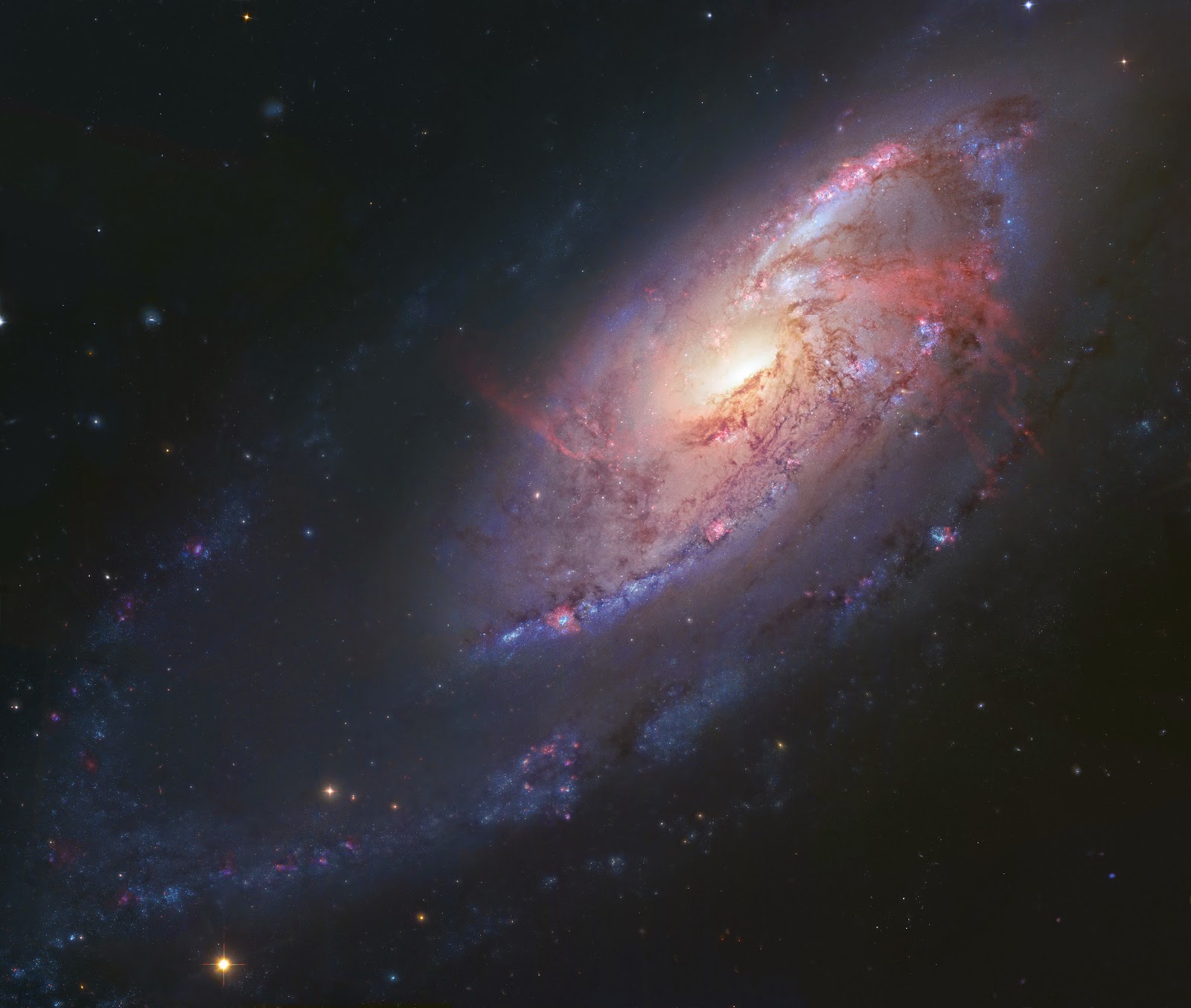 M106 as seen in the past, before the new combined telescope technique.

Galaxies like M106 are common, and emit five times too little amount of ultraviolet radiation than predicted by gravity theory alone. UV light ionizes neutral hydrogen gas into an electrical charged plasma.
There are far too many tendrils than what could form by UV light alone from galaxies.
Ionized hydrogen cosmic tendrils are vast plasma filaments where stars stream inside and on plasma bubbles.

The ionized hydrogen plasma tendrils are like a meter to measure the amount of ultraviolet radiation in a galaxy.

Some foolish dogmatic scientists, like all the rest that cannot find dark matter, are suggesting an absurd theory that dark matter is decaying. 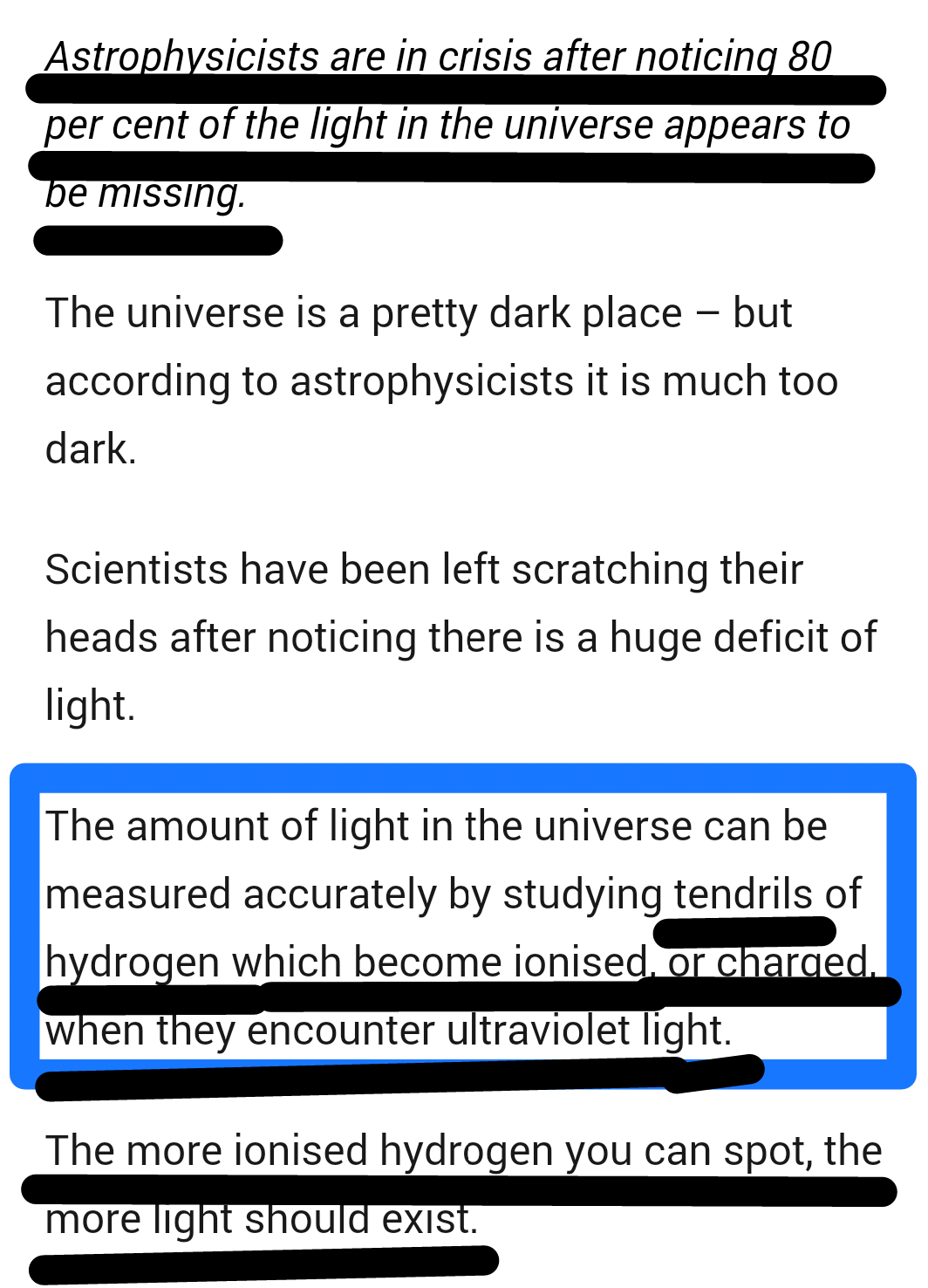 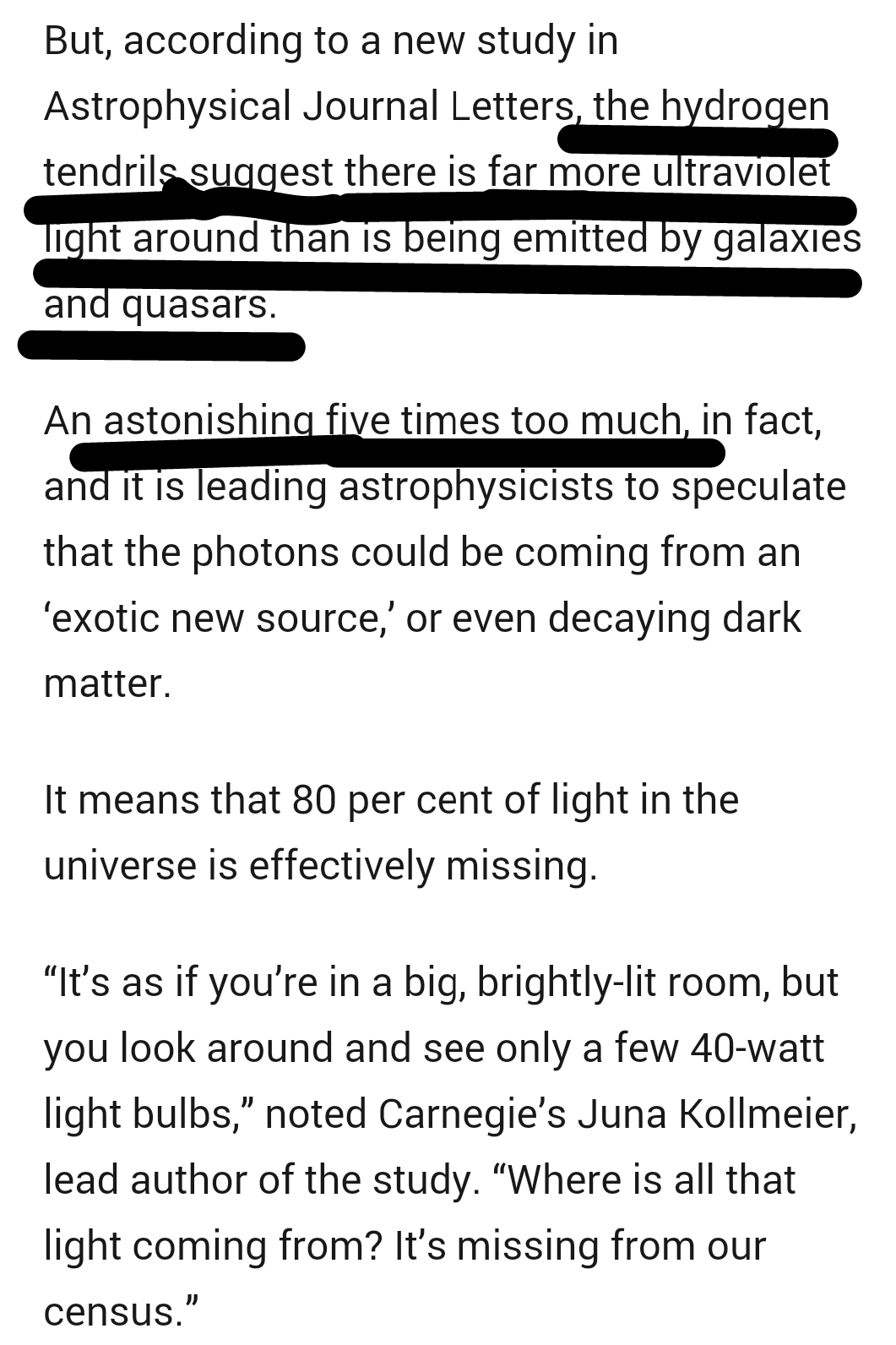 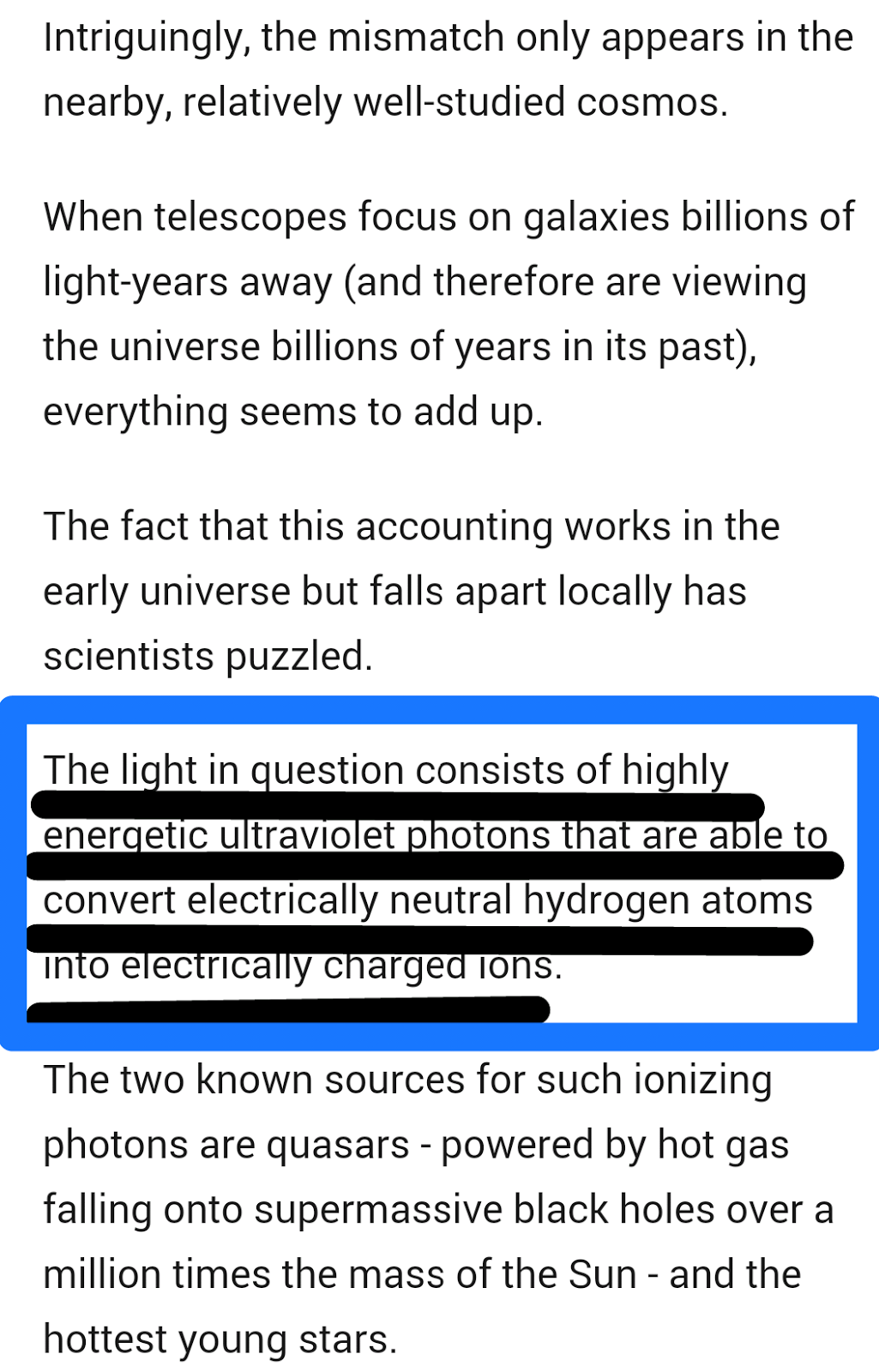 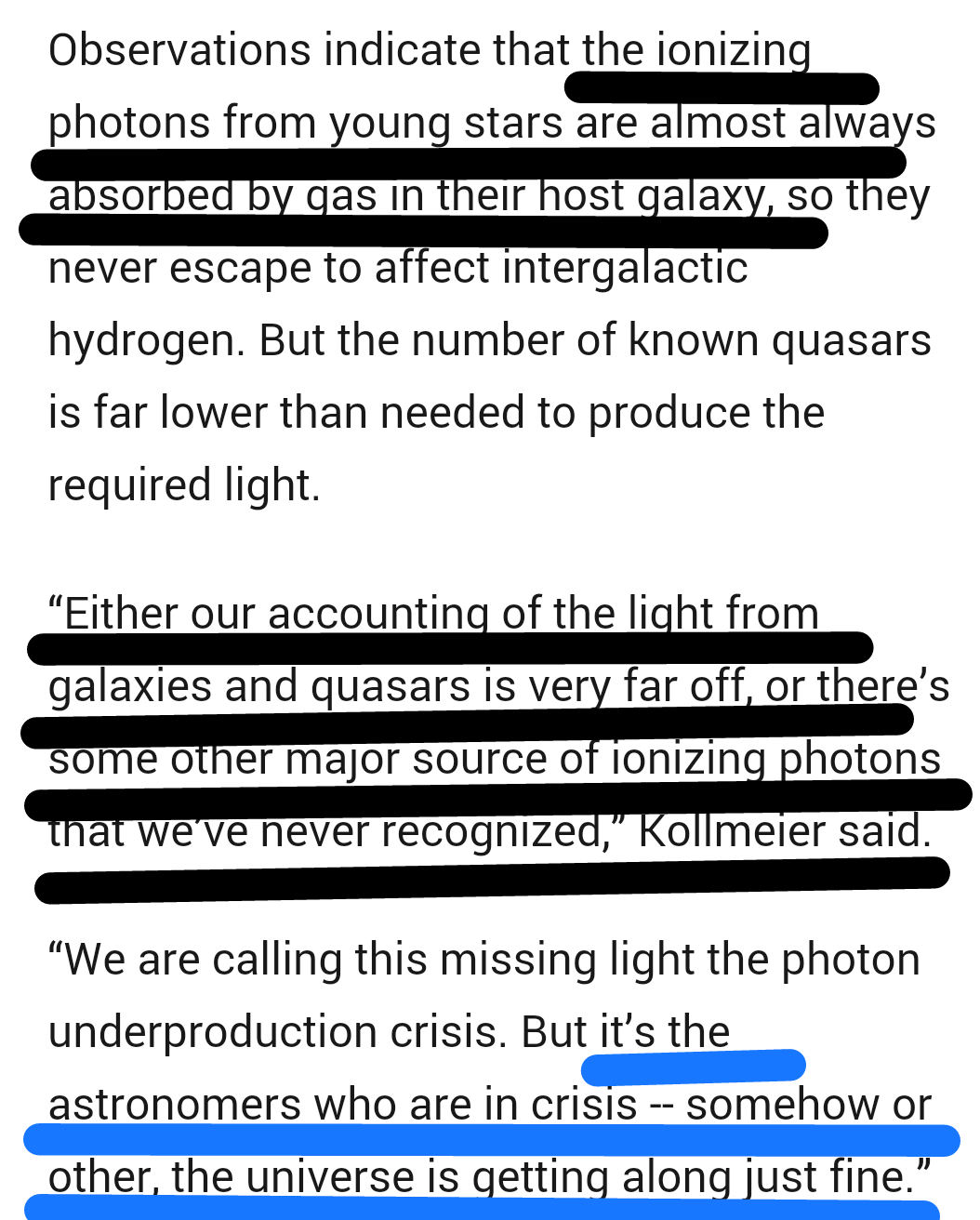 "There's some other major  source of ionizing photons that we've never recognized" says Kollmeier.  Big bang believers of dogmatism refuse to believe in electric currents and magnetic fields. There are still many astronomers that still think magnetic fields can't be measured. 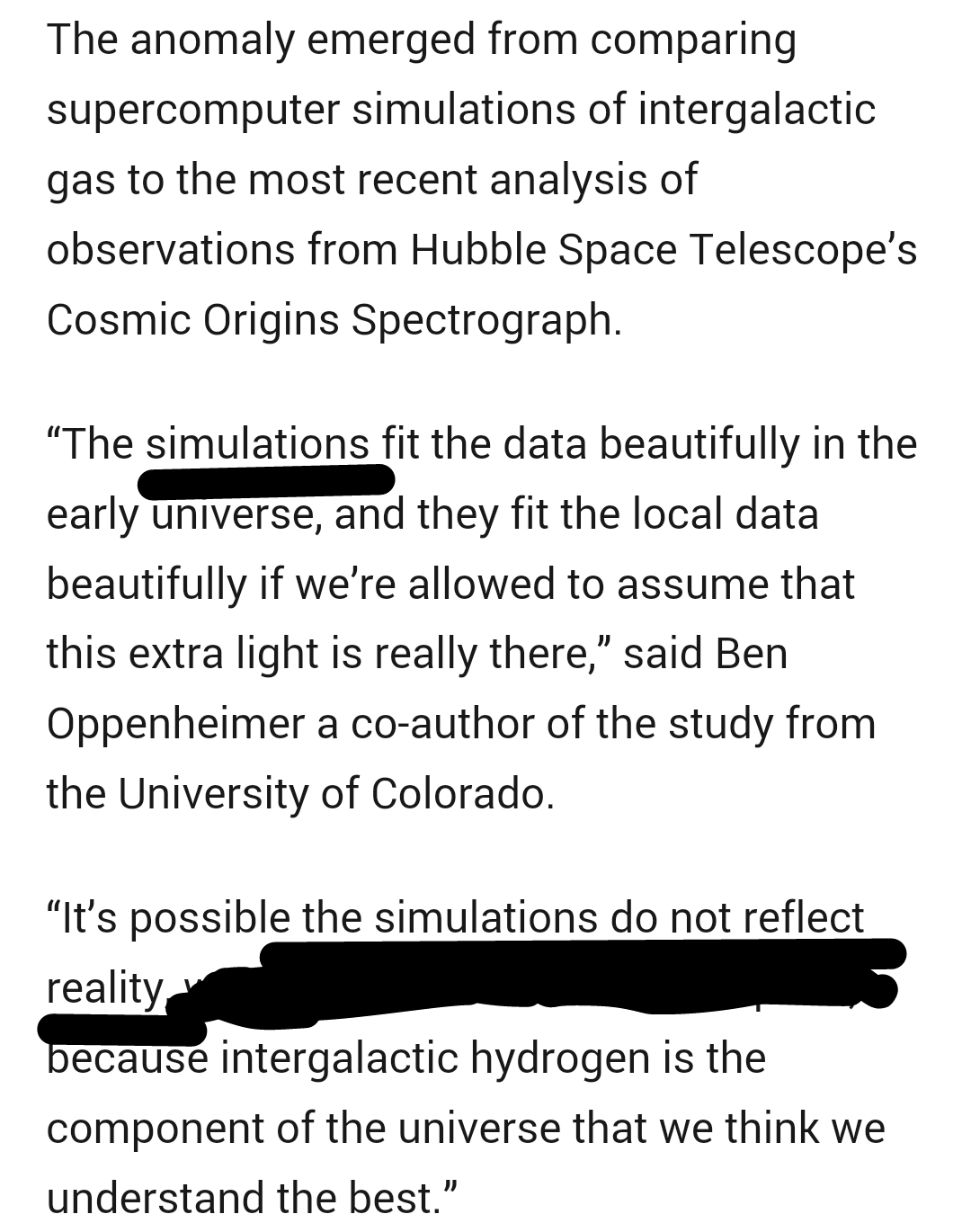 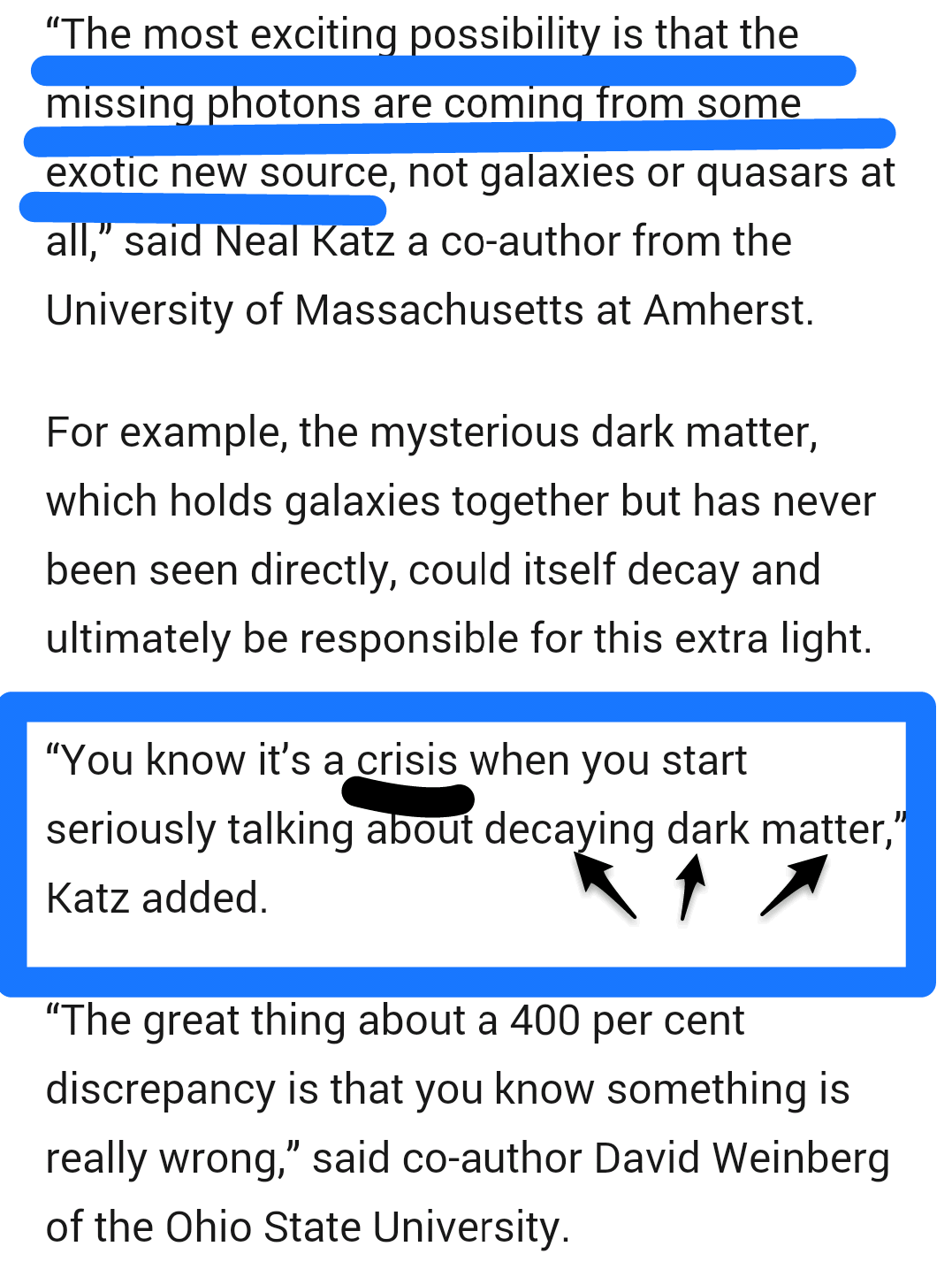 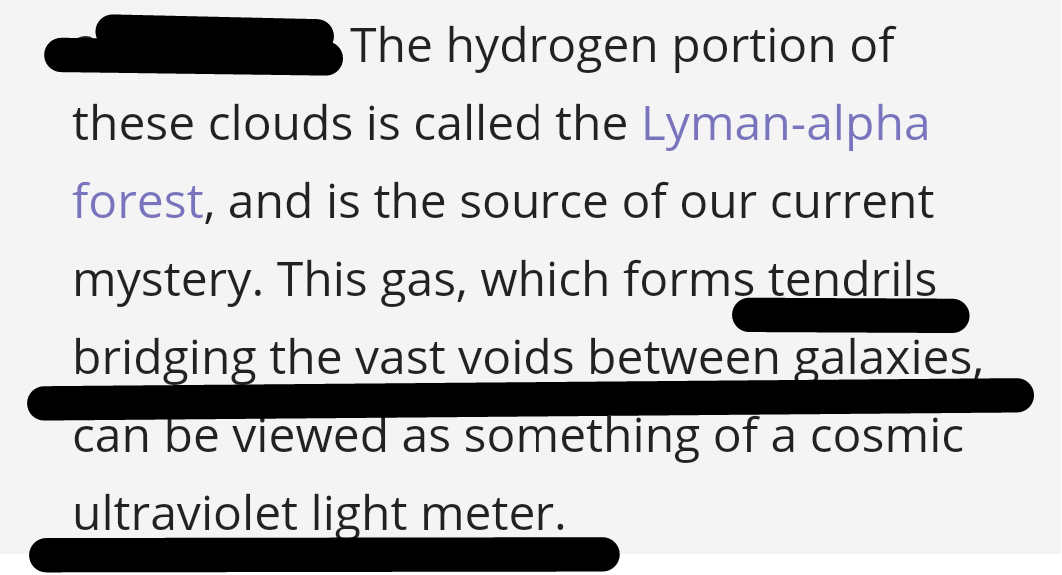 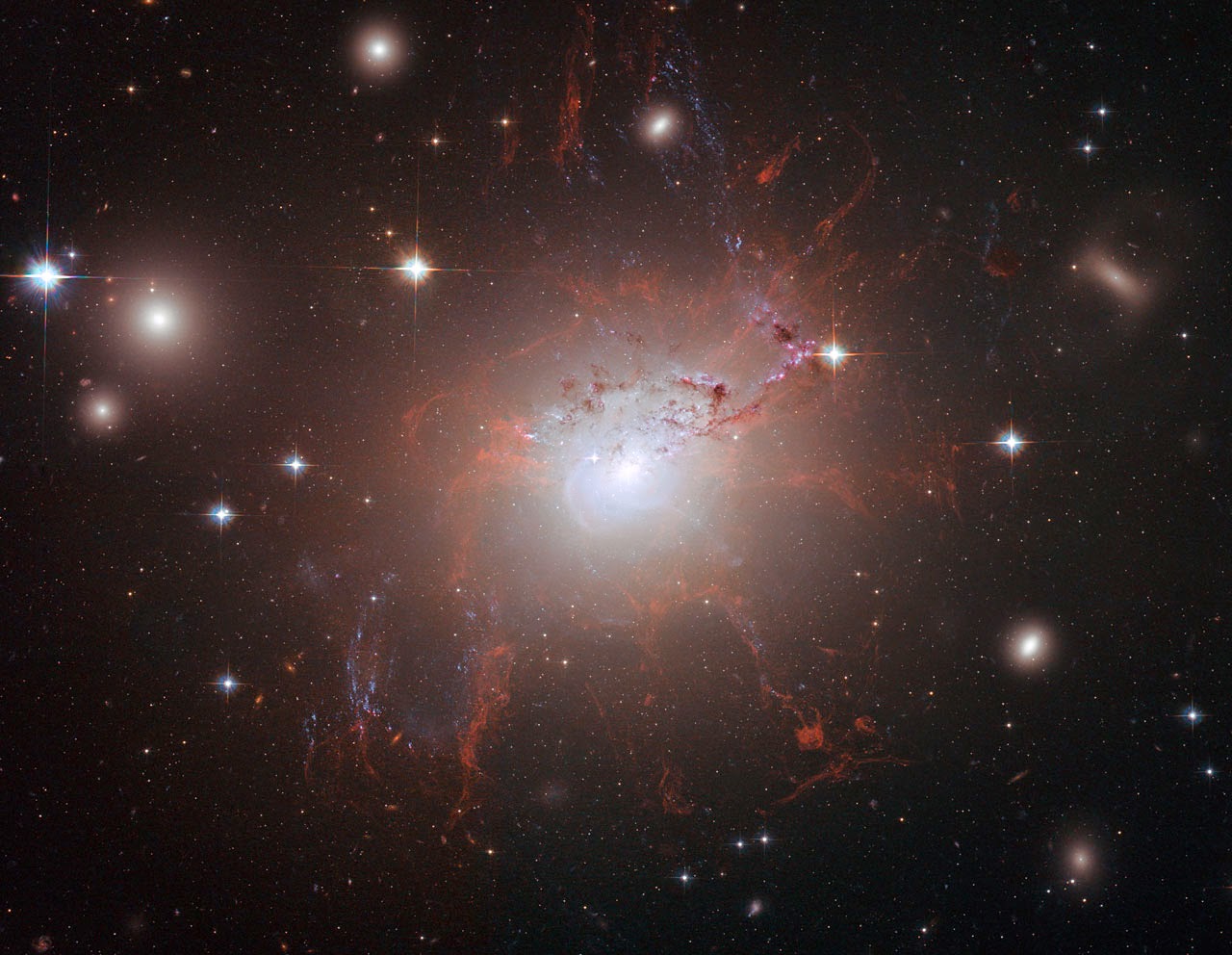 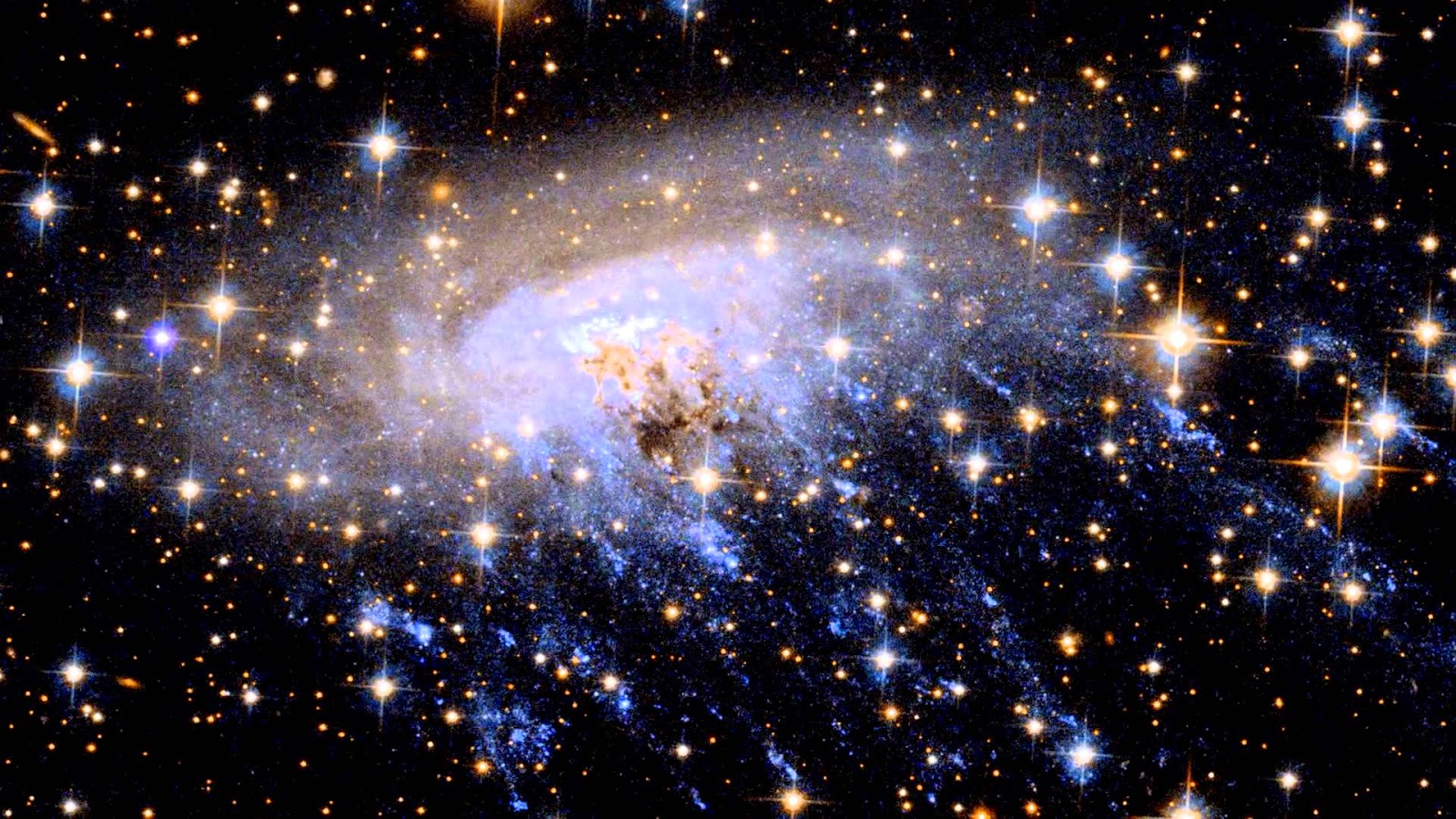 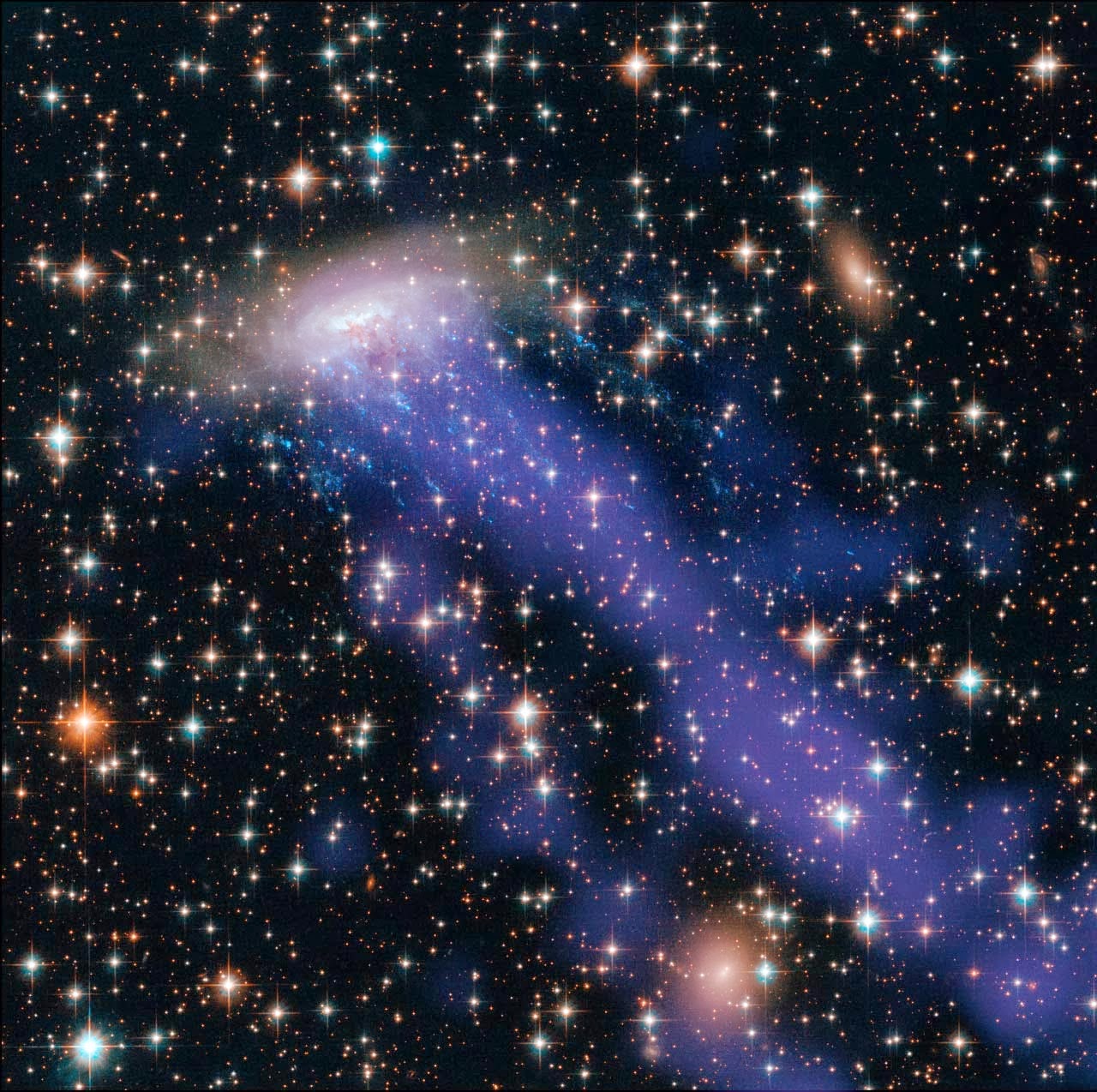 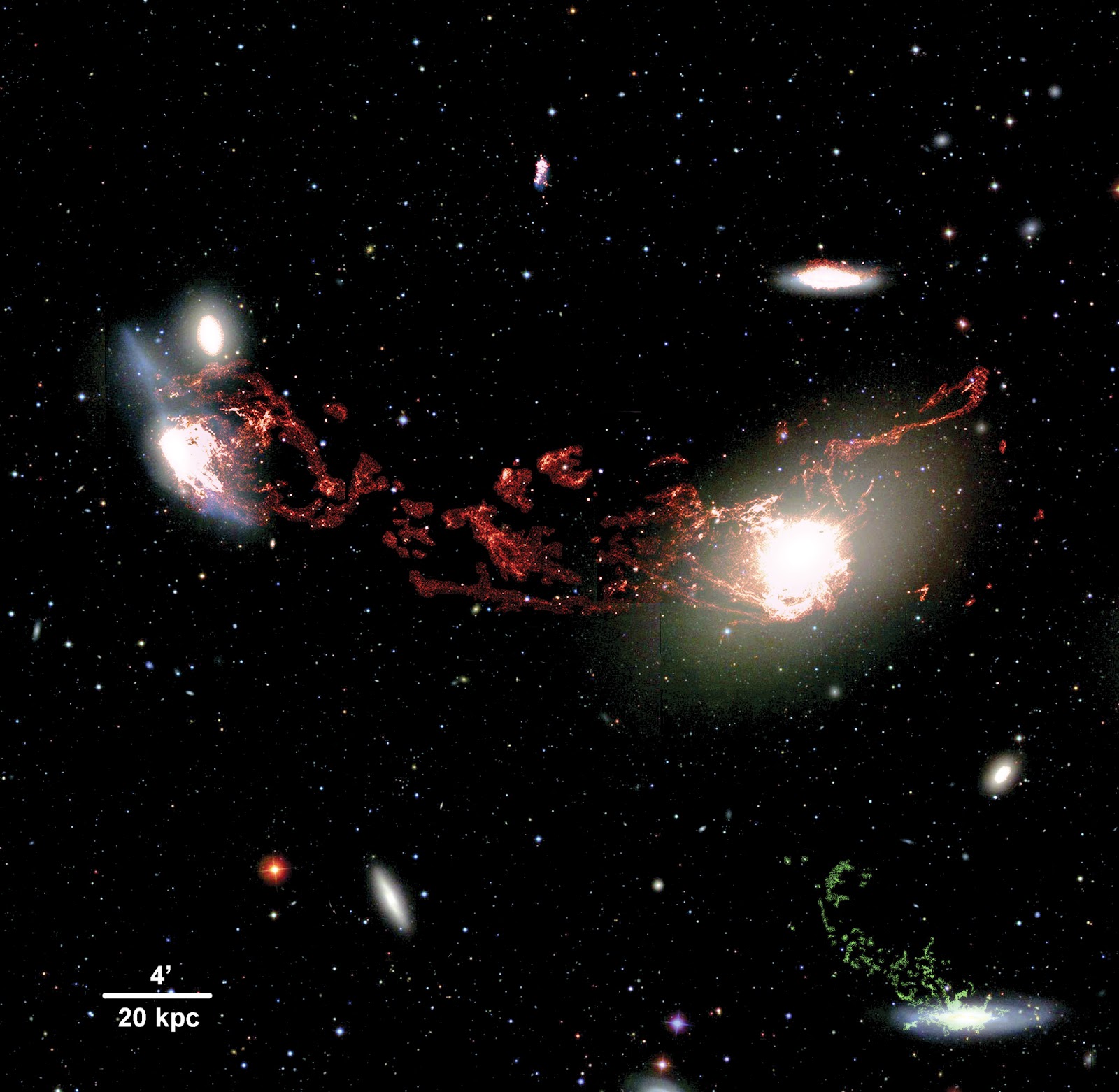 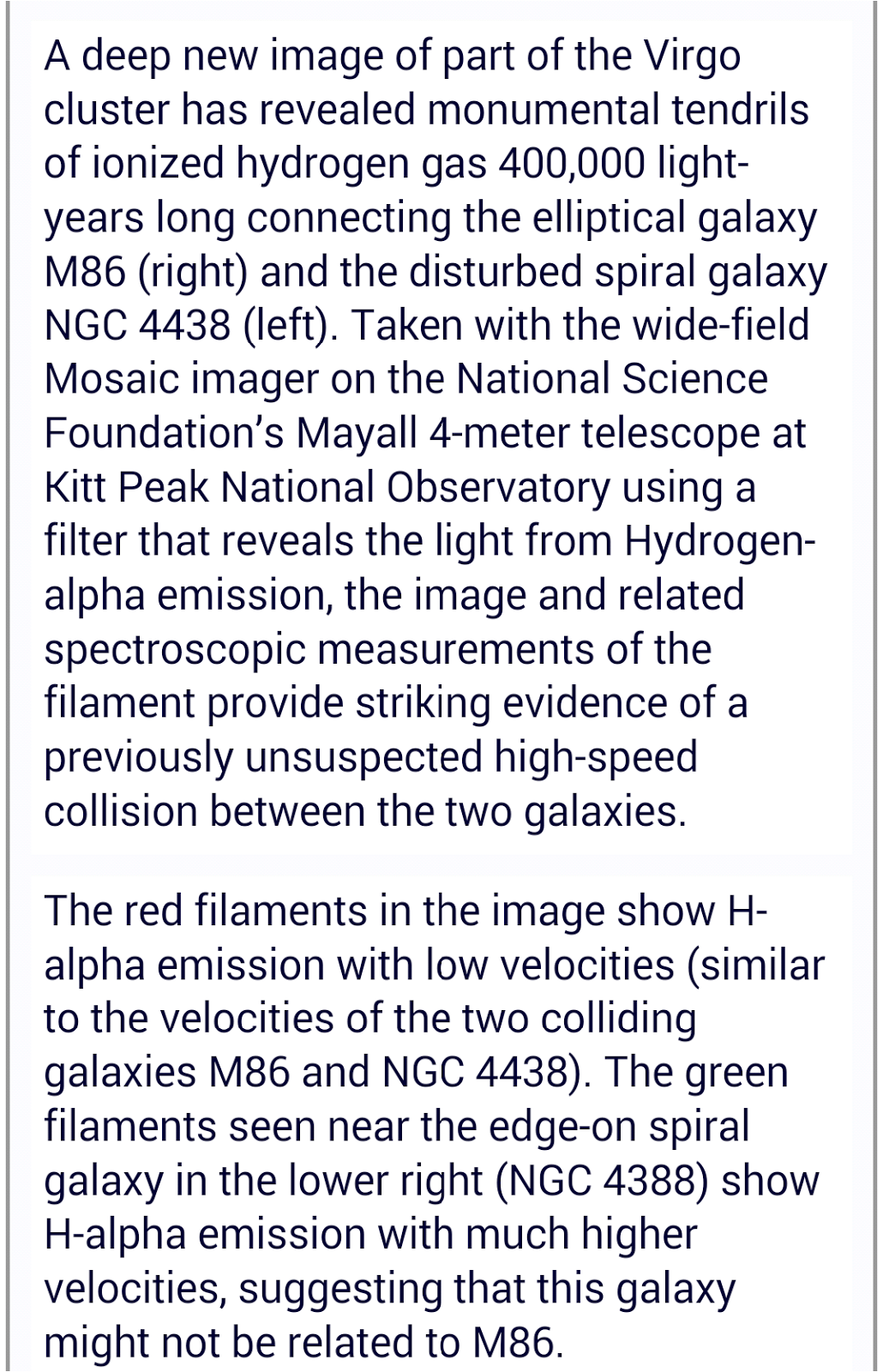 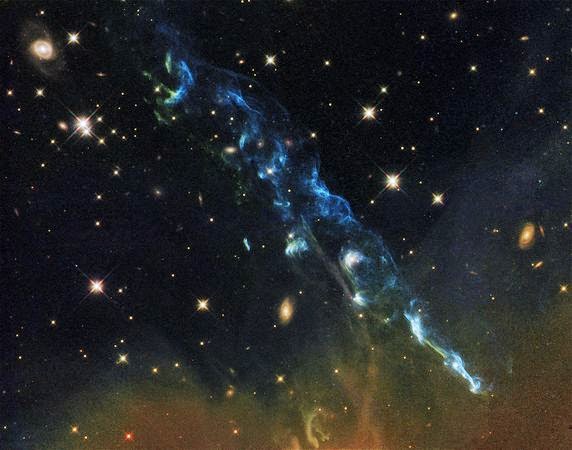 See this discussion at the Electric Universe 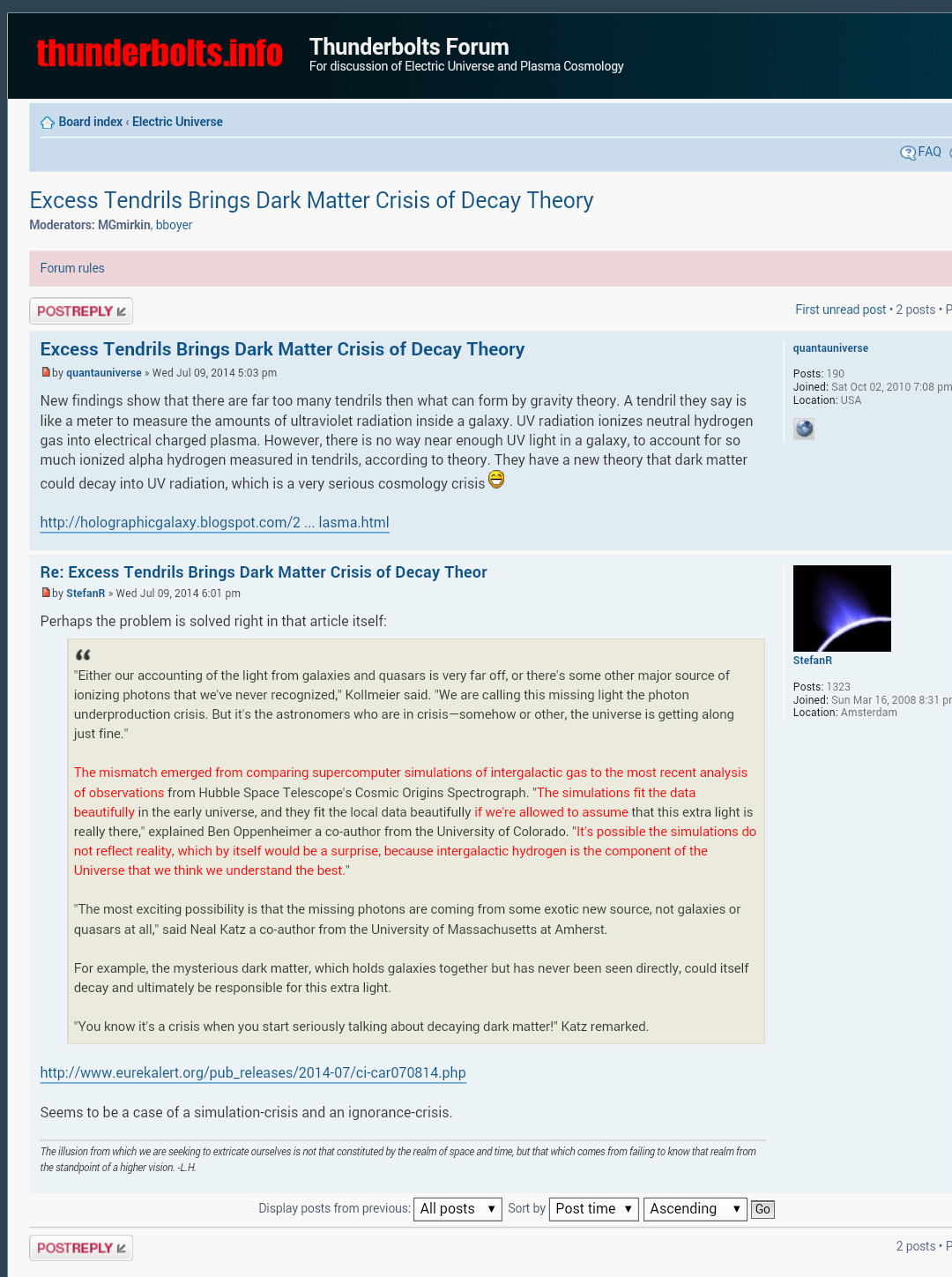