The Hoyle ground state of the Carbon 12 nucleus is an alpha particle stream of three helium nuclei, composed of two neutrons and two protons, in the shape of an equilateral triangle. Alpha particles and anti-alpha antimatter particles are found in equal ratios together, and can either annihilate, or charge separate by magnetic vortex spin to form the universe. There is no missing antimatter in the universe, it is common everywhere, and both are found in the stable particle called the tetraquark. 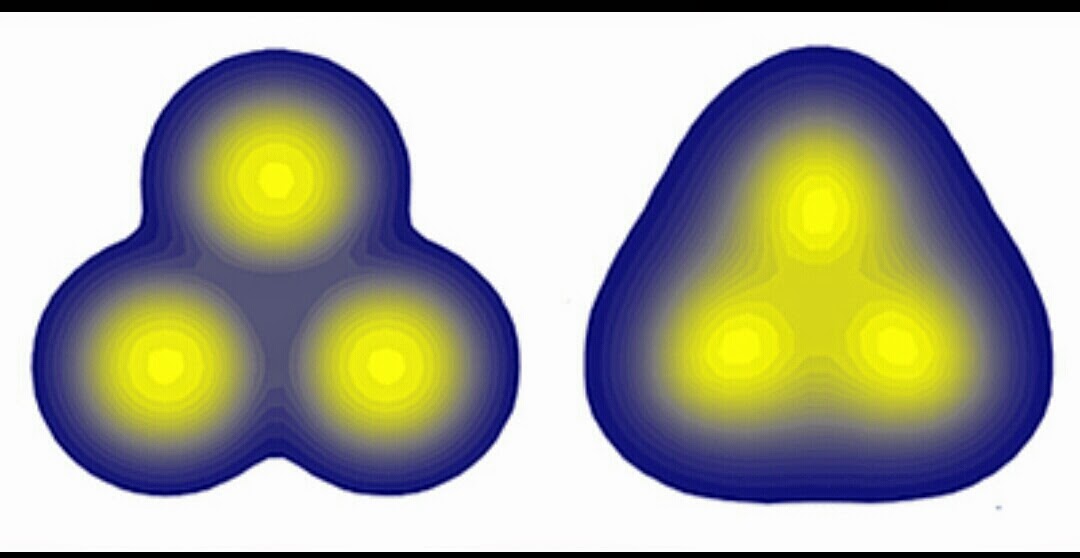 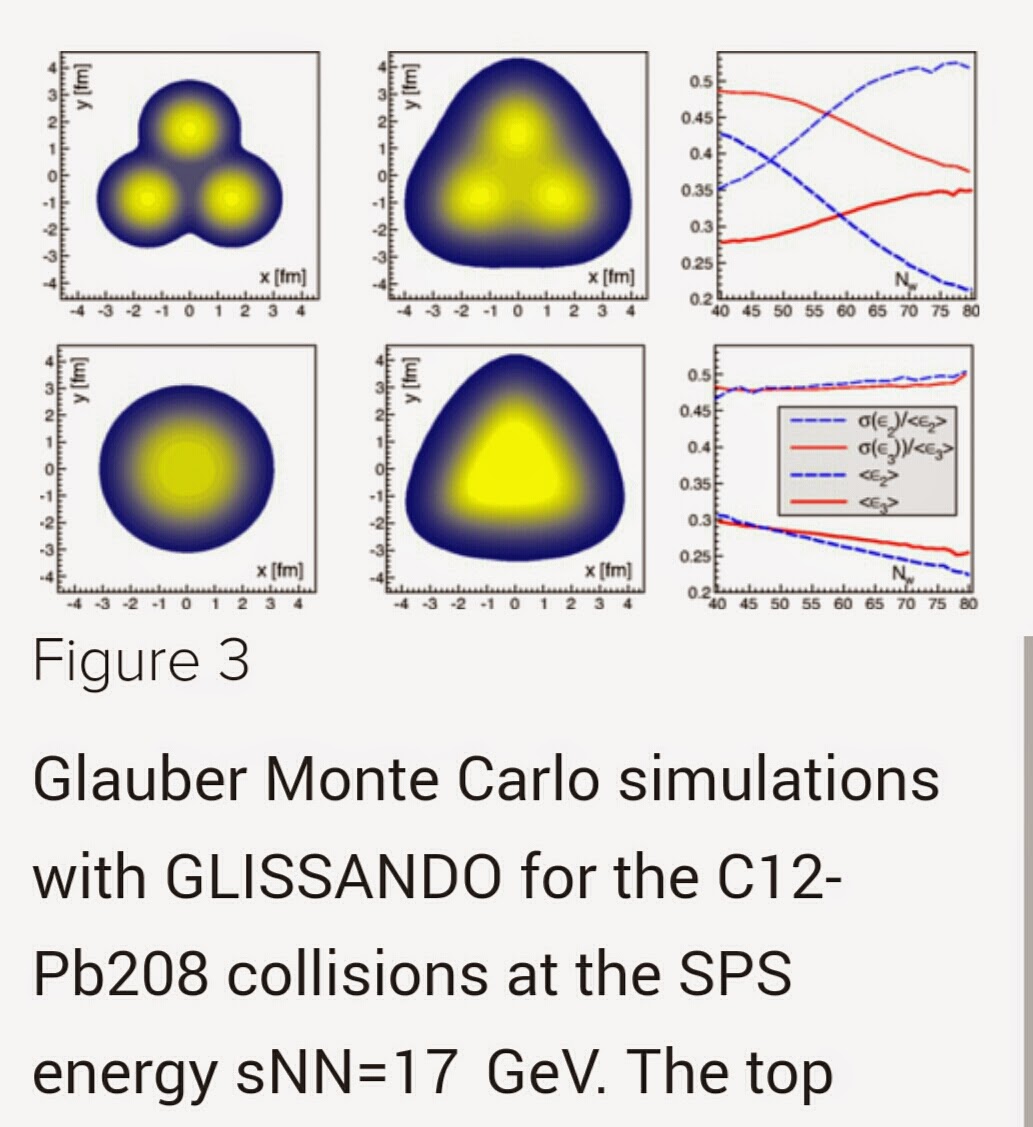 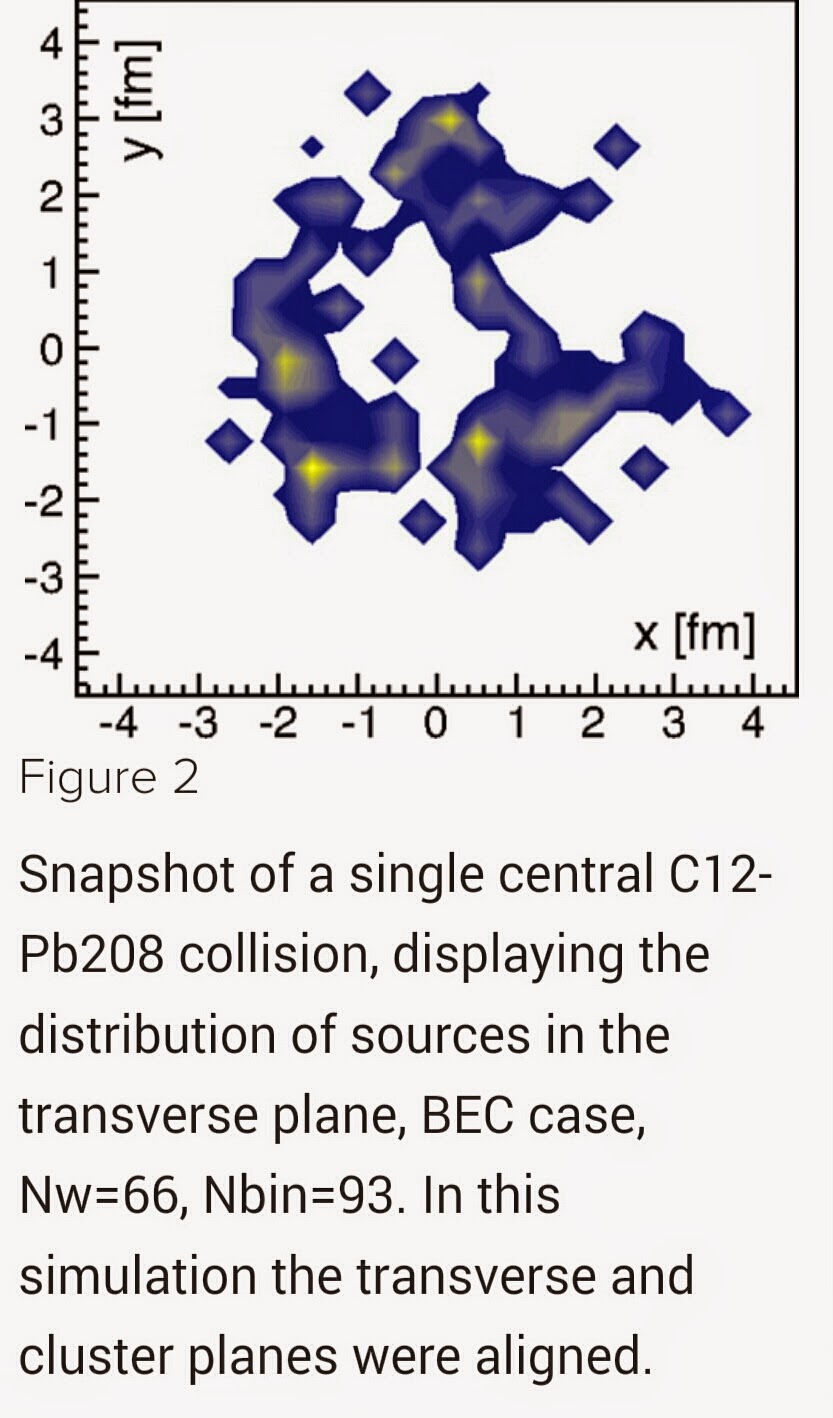 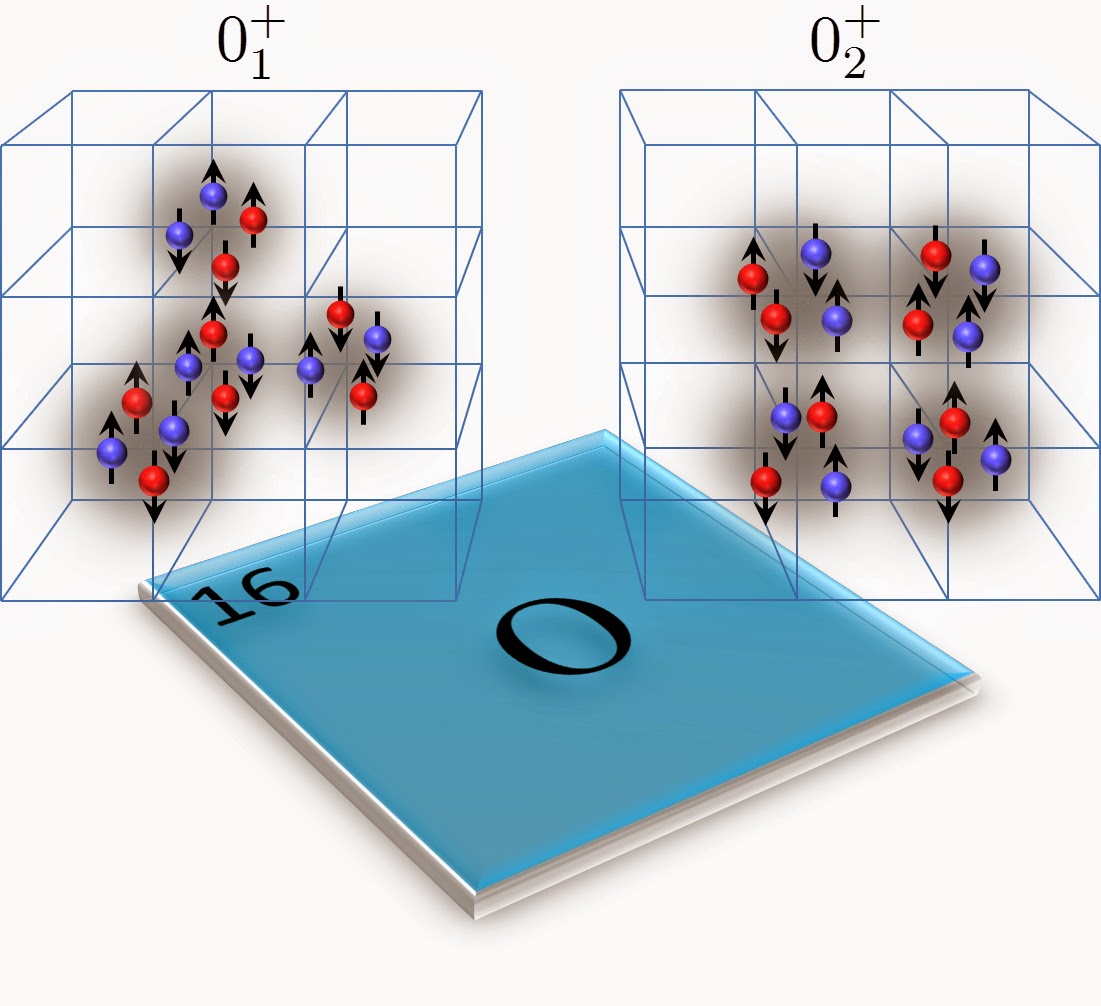 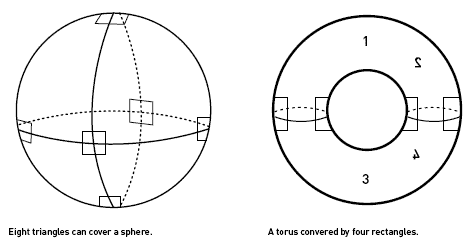 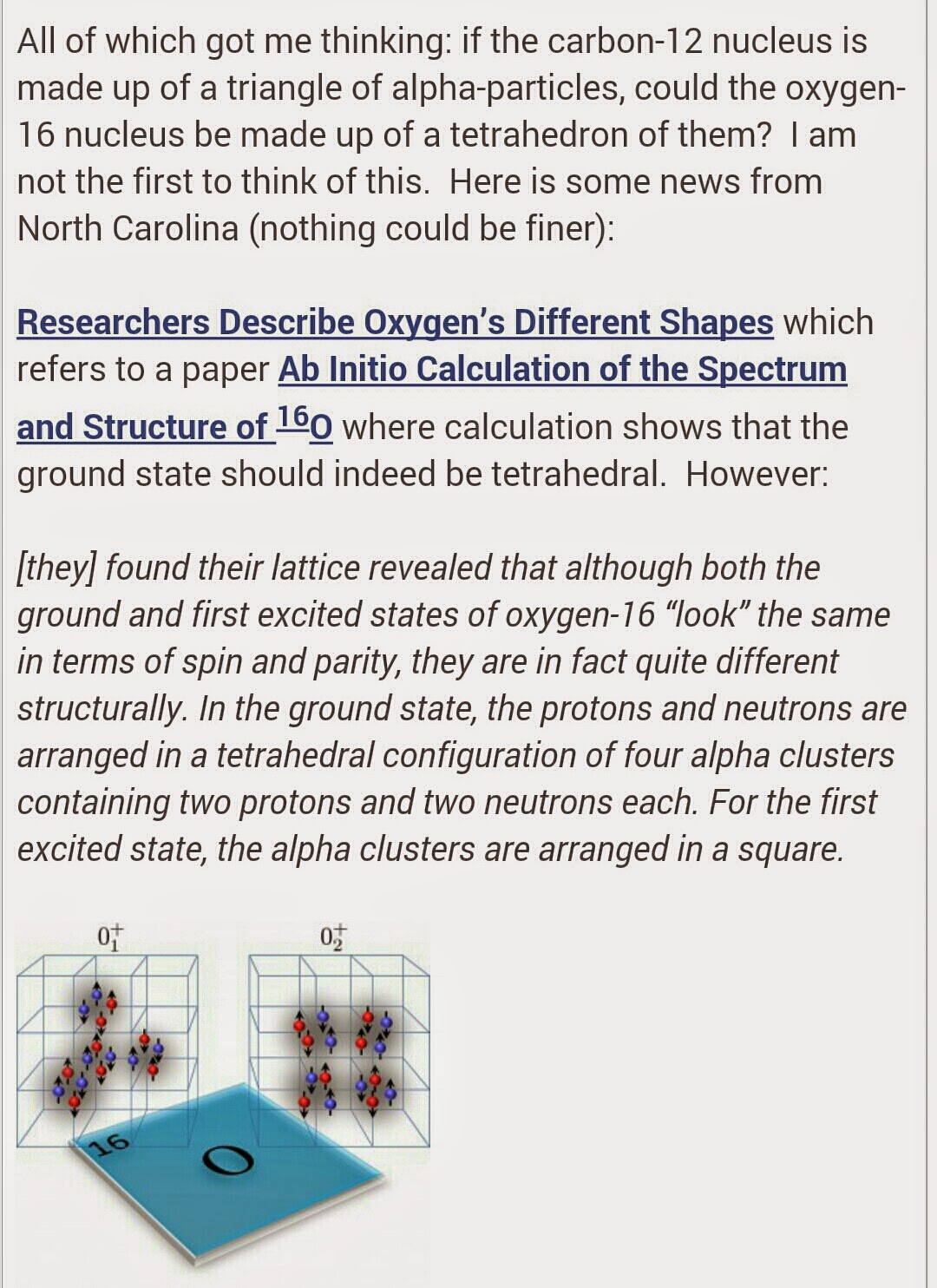 All of which got me thinking...in stars
Carbon 12 + Oxygen 16 produces Silicon 28. The numbers of protons and neutrons are all exactly equal. So there does not have to be a gravity fusion method in stars, because zero spin bosons in strong electric currents with associated magnetic fields can produce the heavier elements up to iron by the geometrical alignment of forces. 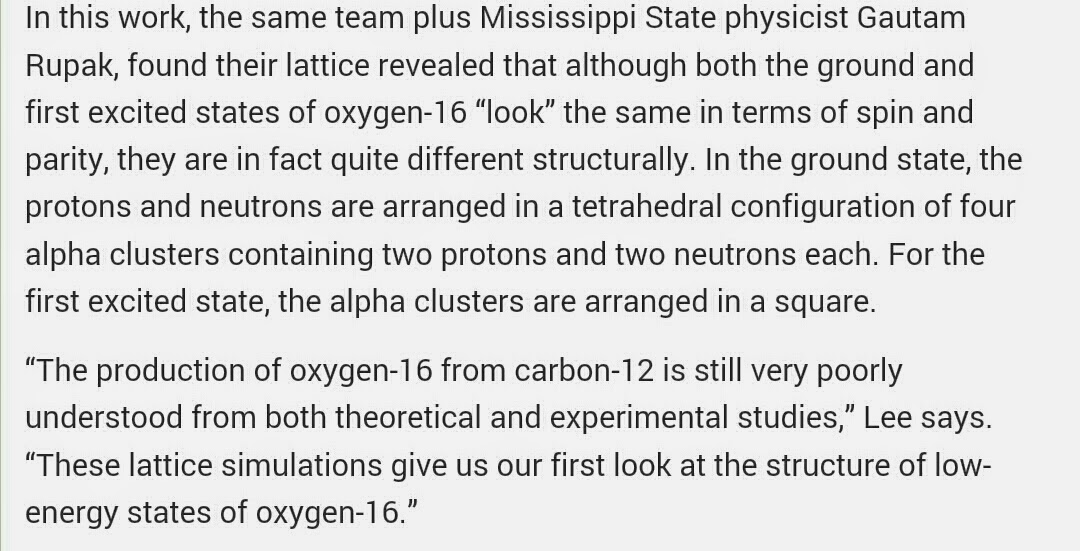 The poorly understood production of oxygen 16 from carbon 12 can be figured out by using geometry to fit the nuclei pieces together. 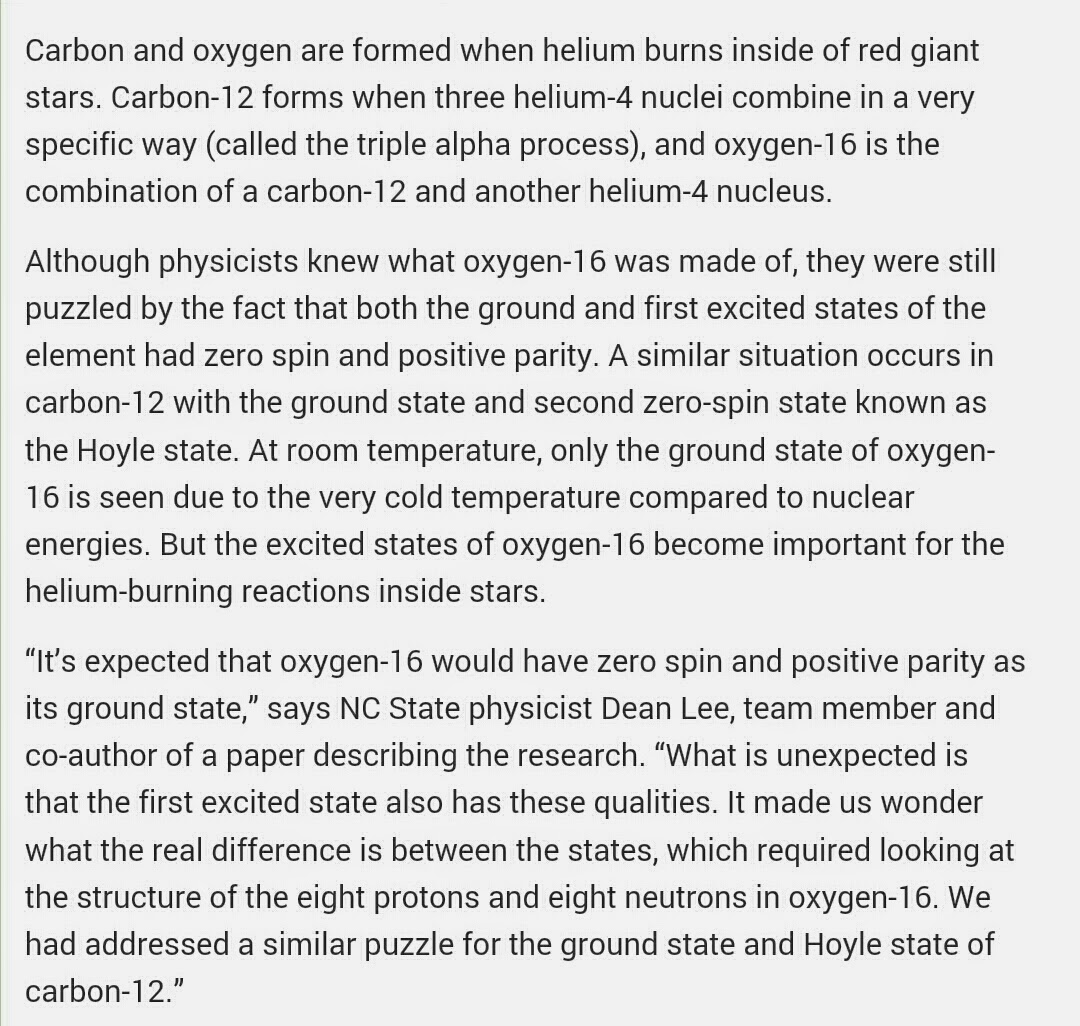 Superfluids that are bosons have zero spin, as do all atoms that have an equal ratio of protons to neutrons. There are exactly equal numbers of protons to neutrons in the most common forms of hydrogen, helium, carbon 12, oxygen 16, and silicon 28. These atoms are commonly formed inside stars, but wrongly believed to be formed by gravity fusion. Stars begin life with plentiful superfluid hydrogen conversion into helium. Helium conversion produces carbon, then oxygen, and then silicon. Iron has 26 protons and 30 neutrons, and is ejected by supernovas unable to form any more heavier stable elements. The atomic nuclei types and geometric shapes, are ways to think and be able to predict the geometric shape of the silicon nucleus, and the geometric shapes of other bosonic atoms. Spherical shaped electrons traveling collectively around the atomic nucleus are mostly found along intersecting filaments, that outline the geometry of the nucleus. 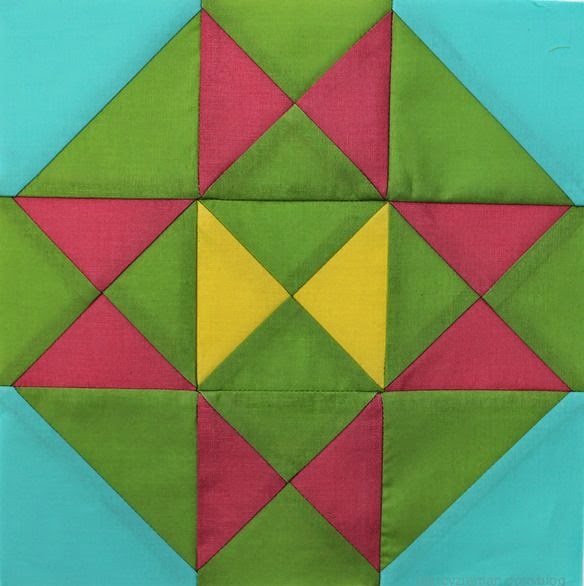 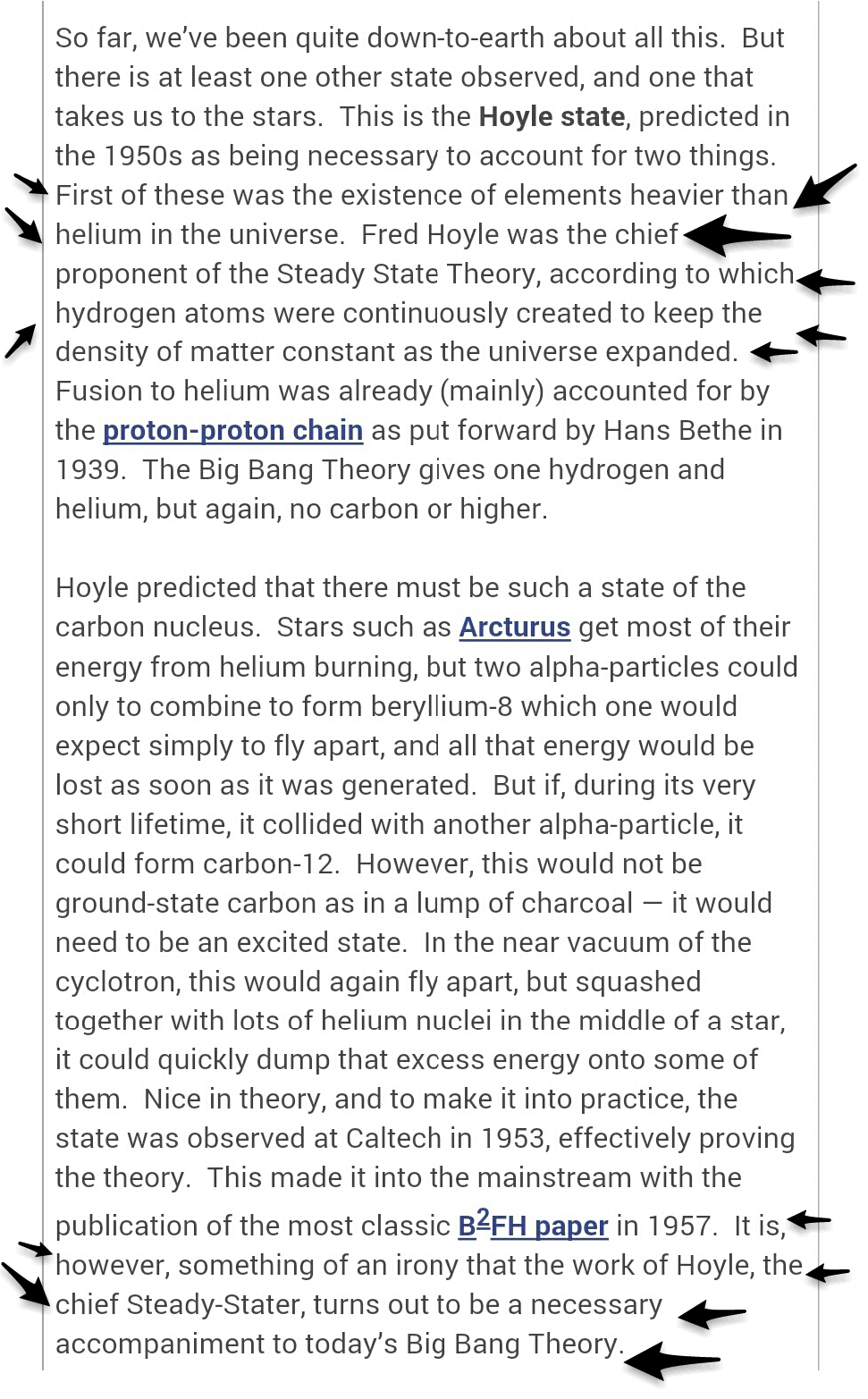 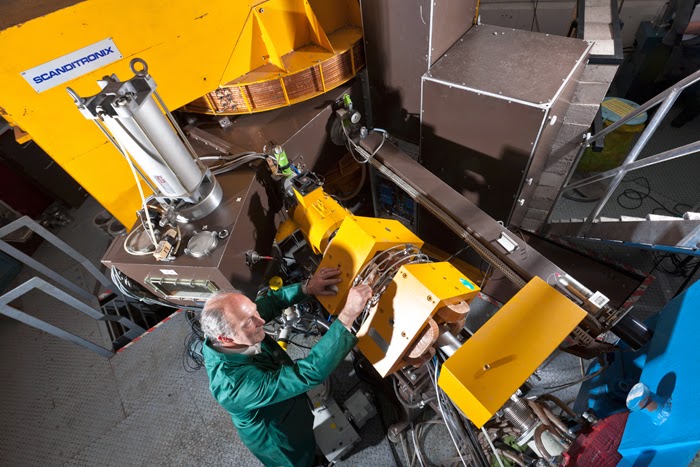 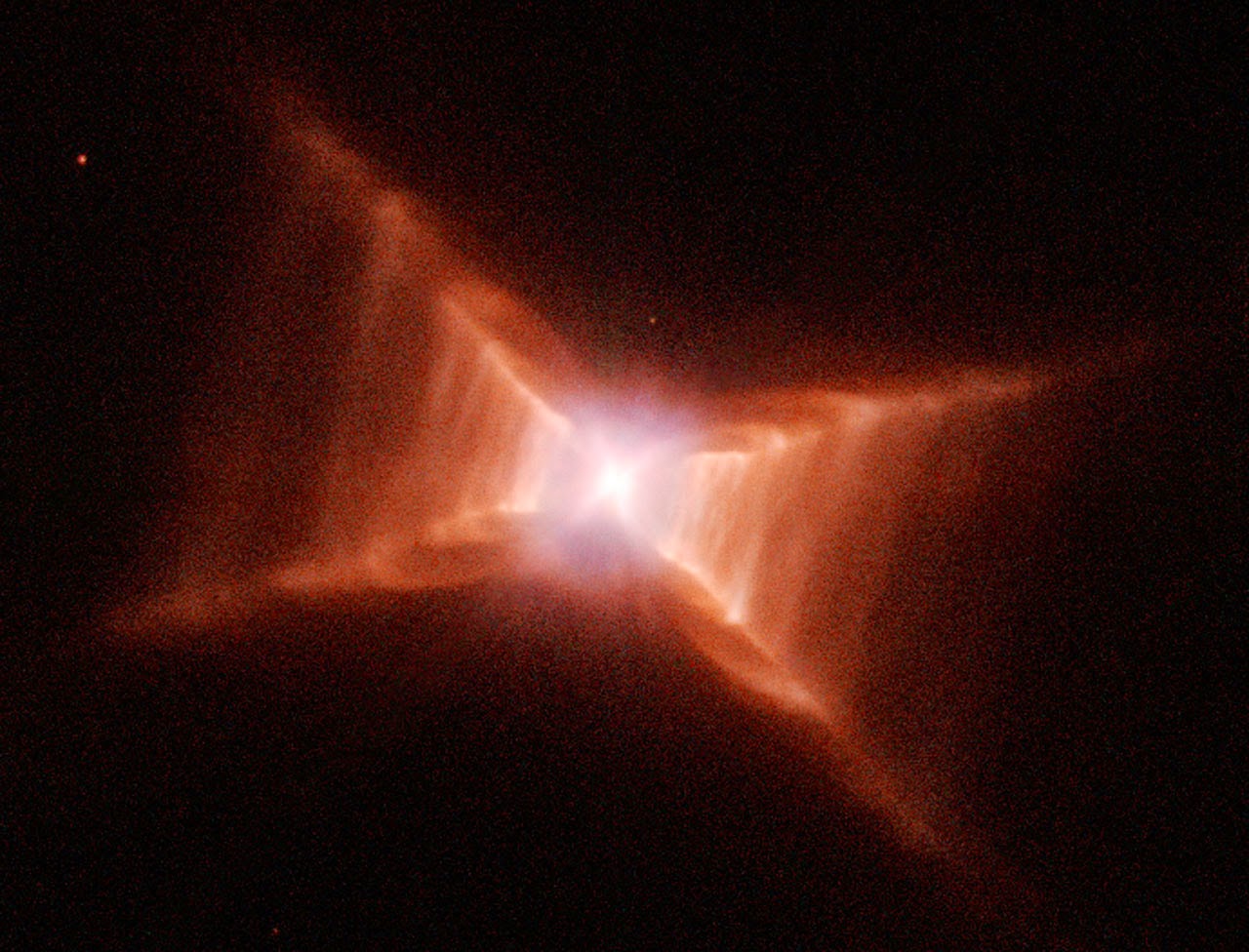 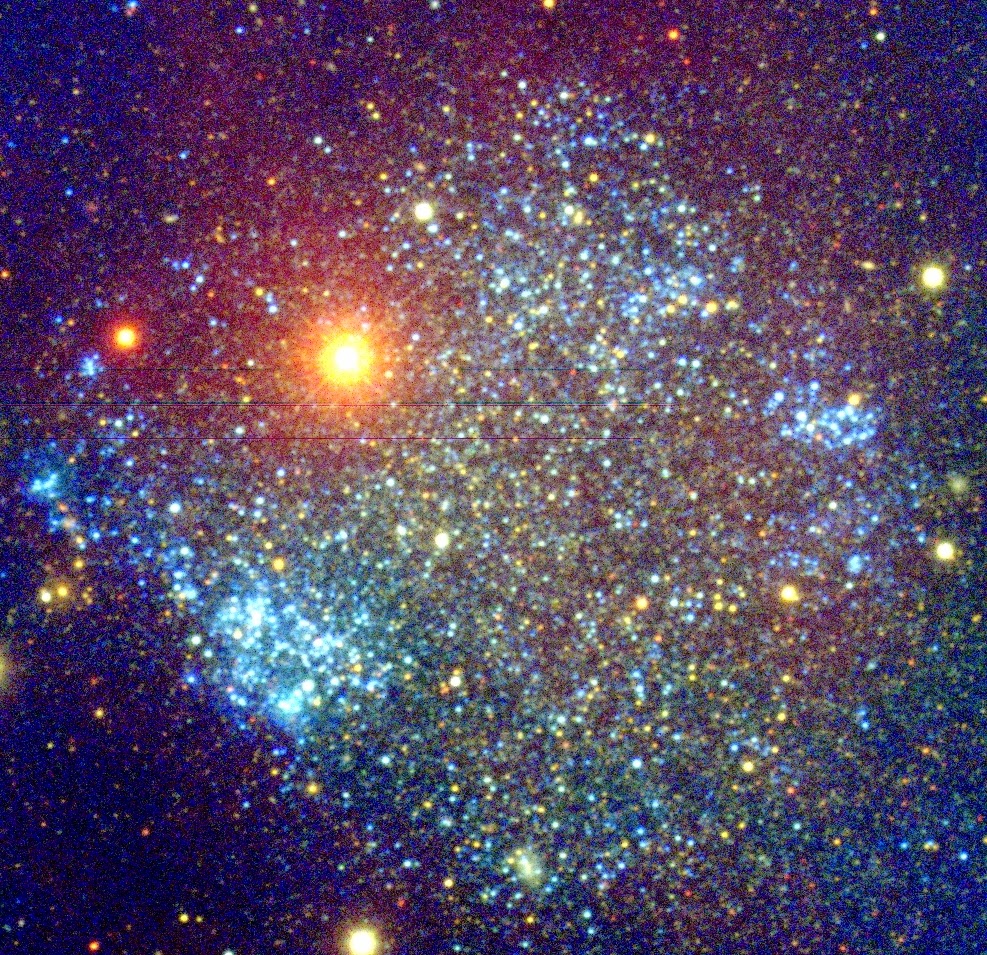 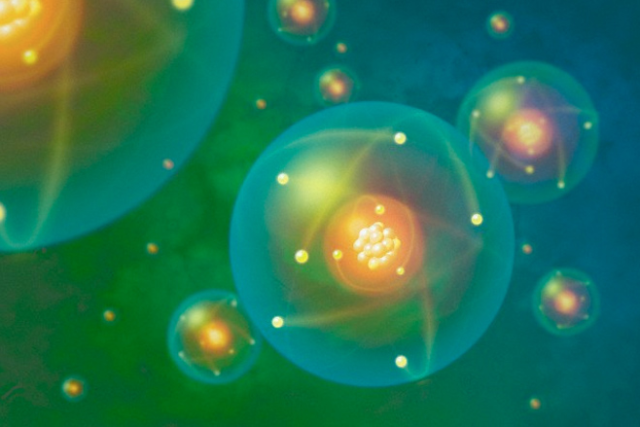 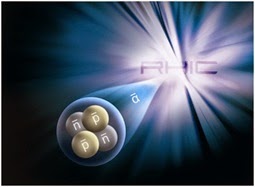 Anti-alpha particles produced in the collider are composed of antimatter alpha particles. The models of quarks, protons, and neutrons, are largely imaginary and not correct. 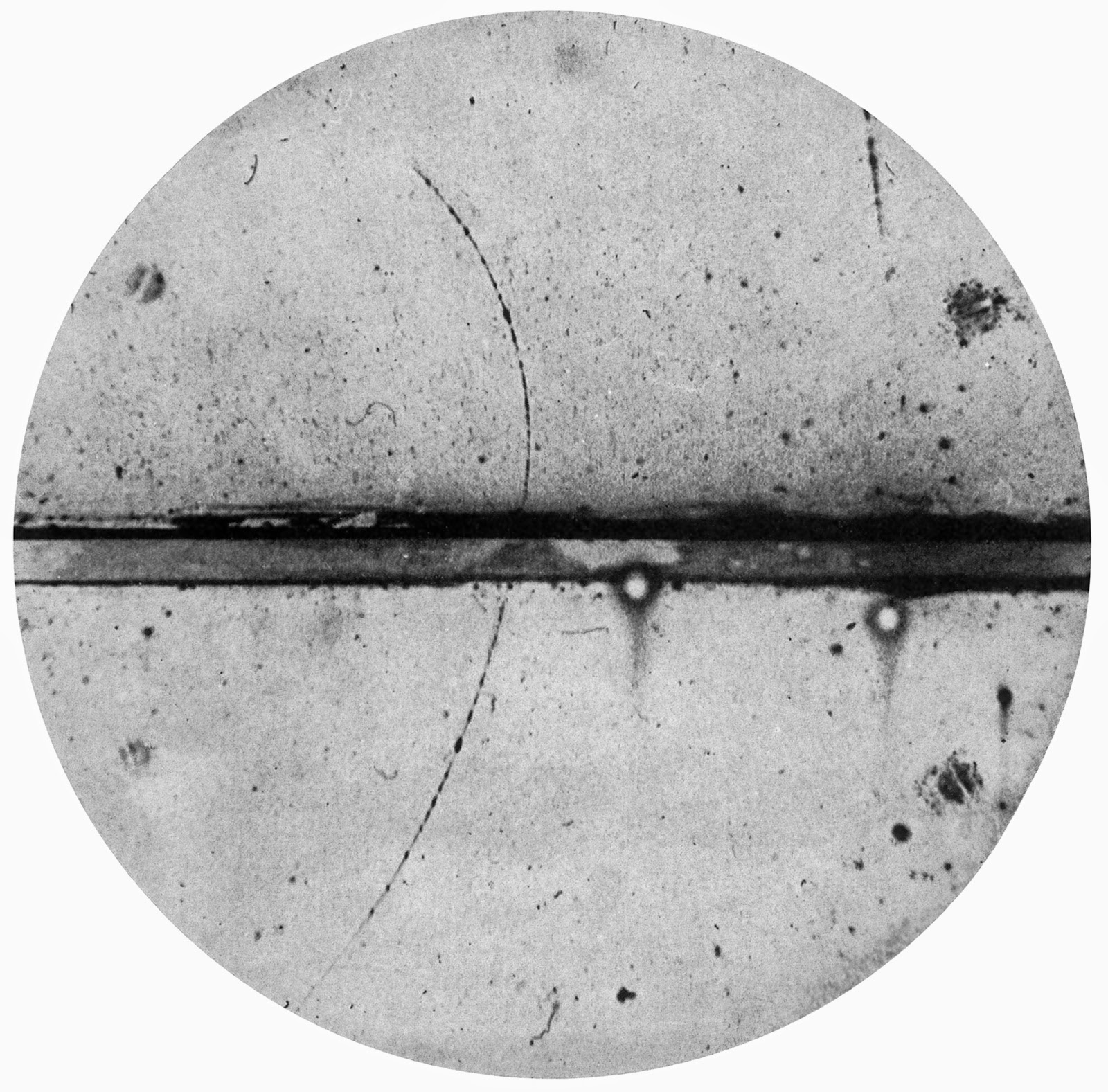 Positron curve in the opposite direction of the electrons under an applied magnetic field.


Antimatter is Everywhere in the Universe 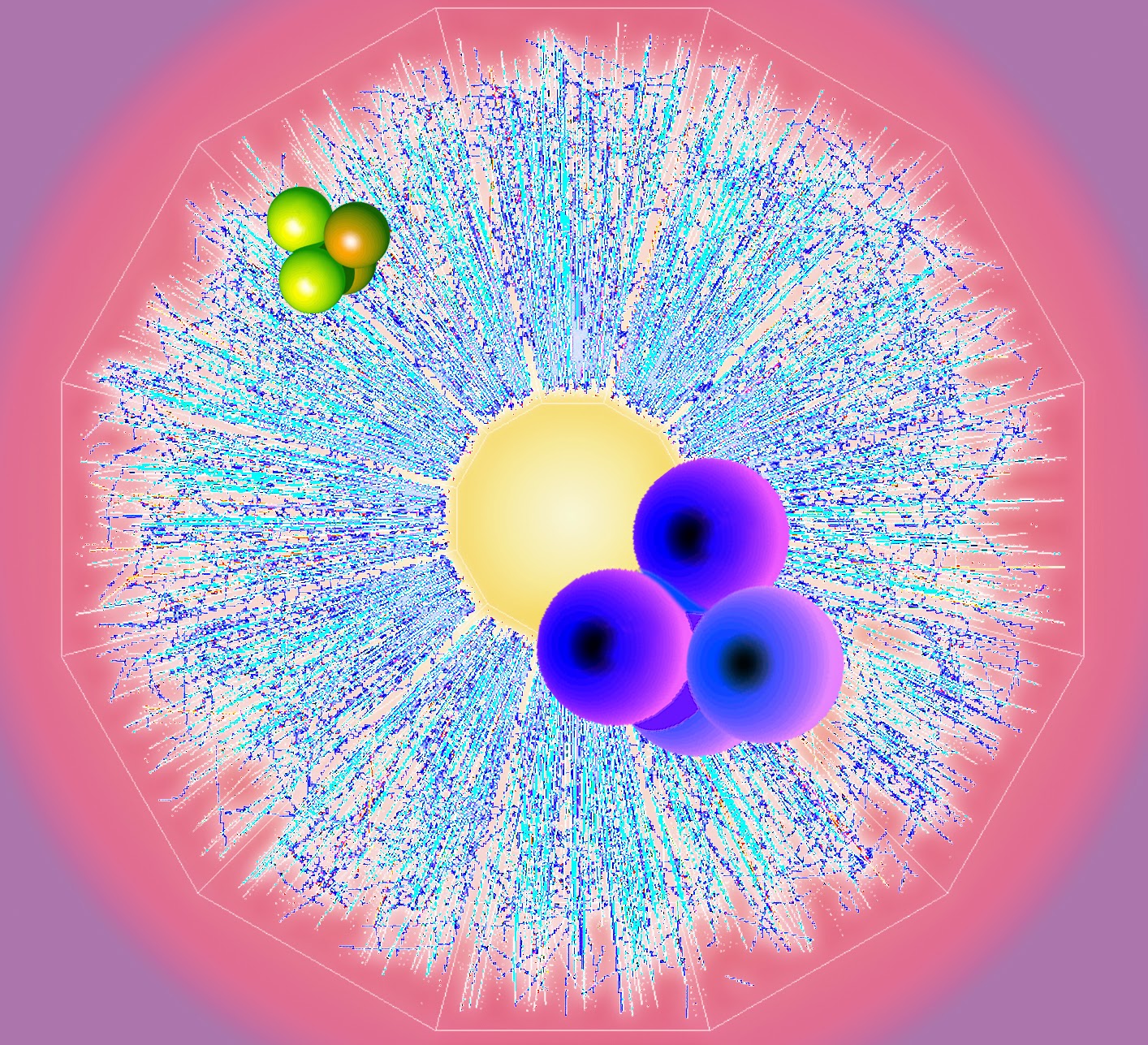 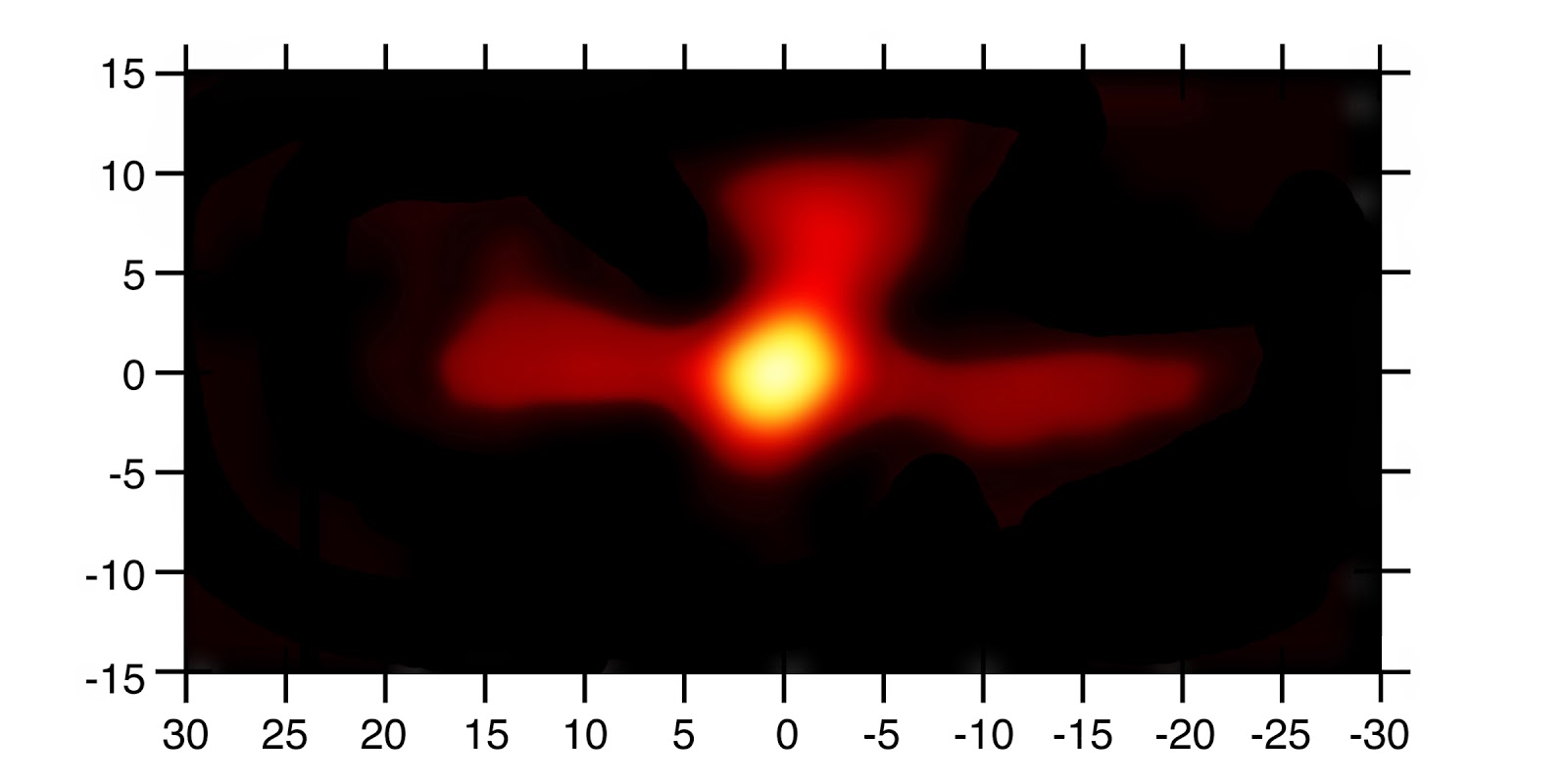 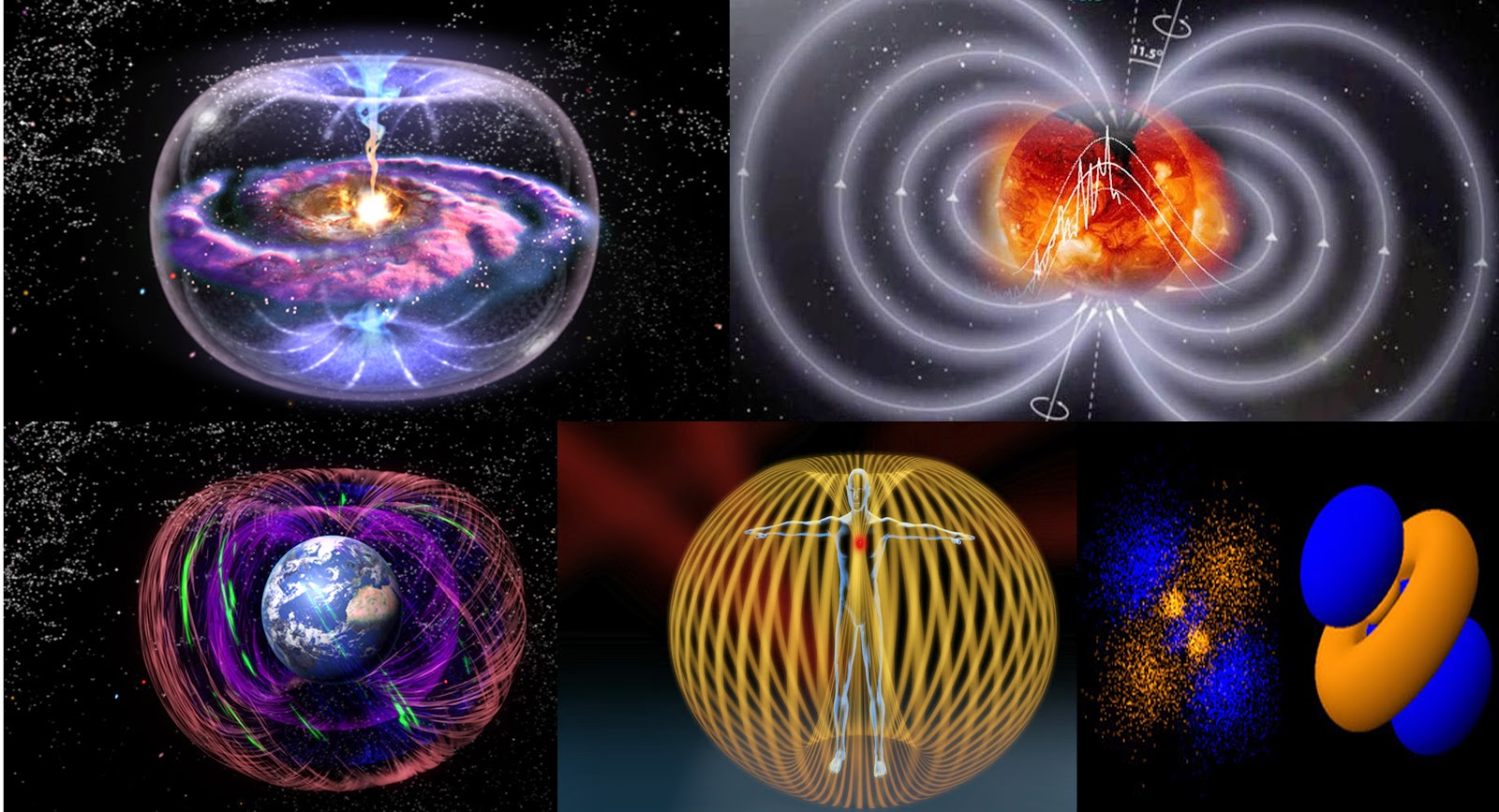 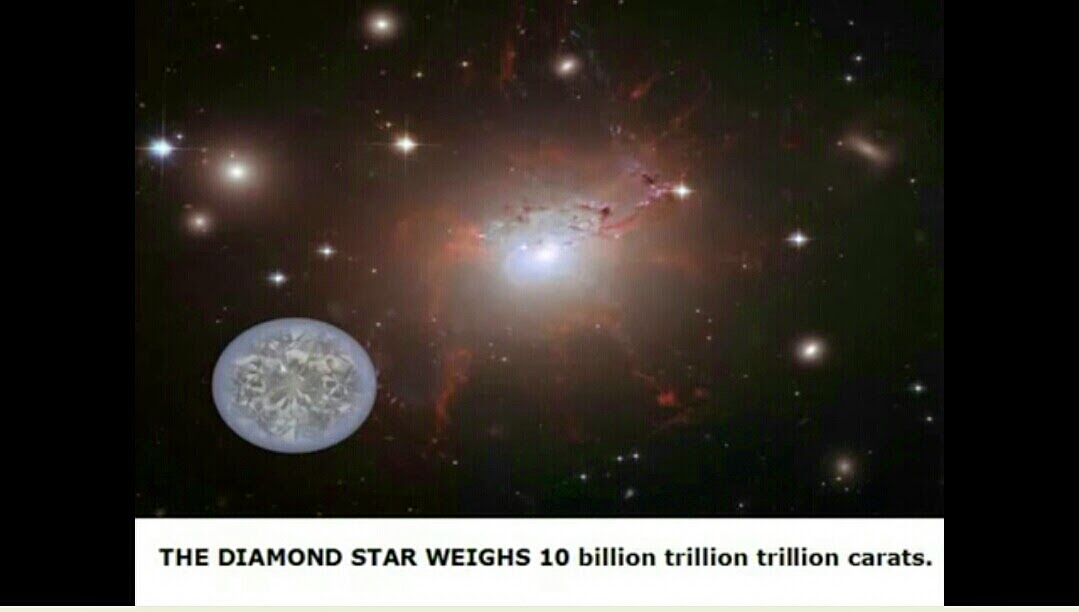 Lagrange Points are where all the forces are balanced out together: 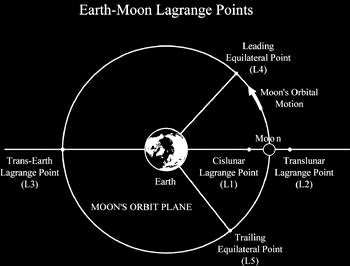